34 projects where you'll see your favorite Lost stars next

Lost is over, and all good castaways went to heaven. But with luck, many of your favorite actors will be back on the screen, big or small, soon.

Here's a quick guide to upcoming projects your favorite Lost alumni are appearing in or attached to. 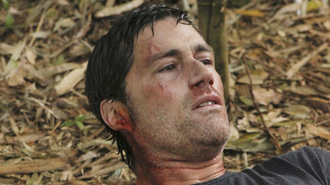 Fox has nothing firmed up yet but since 2008 he's been attached to Billy Smoke, the film of the Oni Press comic about a hit man who decides to rid the world of all assassins. Now that he's off the island, perhaps the film will go forward. 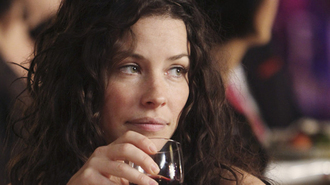 In 2009, Lily declared that she might leave acting behind and take up a career as a humanitarian worker, but she is attached to Real Steel, a film about robot boxers in the future. Humanitarian work is sounding better and better ... 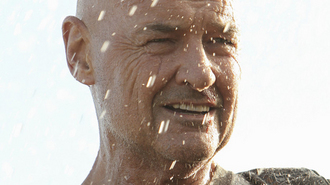 Perhaps the very thematic center of Lost as both Locke and Smokey, this skilled character actor has nothing on his plate now that the show has concluded. 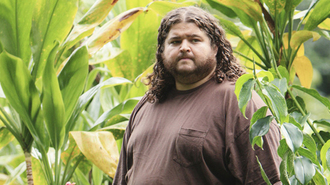 Nothing for Hurley either? What the hell? Come to Comic-Con, Jorge! We shall make you King of the Nerds! 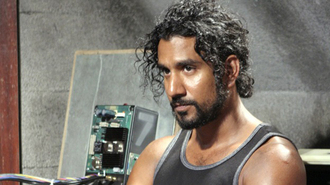 Not much is confirmed with Andrews, but he is rumored to have the part of Abed, an assassin in the upcoming This Side of the Looking Glass. Abed's target is an aging writer whose career and health are failing. (Hey, that sounds like me!) 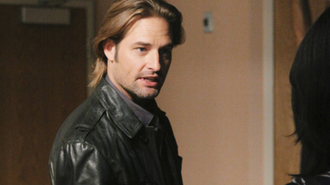 Nothing yet! But I know a few people who'd hire him just to hang out on the couch with his shirt off ... 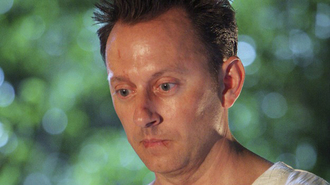 Another gifted character actor, Emerson isn't attached to anything at the moment, but it is impossible to believe that he won't be tapped to play some kind of creepy weirdo sooner rather than later. 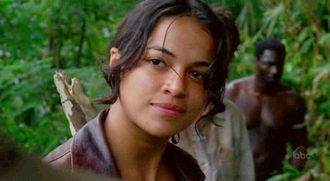 Rodriguez is quite busy. Not only did she recently have a star turn in a little picture you may have heard of—Avatar—but she also made an Internet splash this month as part of the "Arizona" trailer of Machete, in which she plays, shocker, a sexy badass. But this time she has an eyepatch. She's also booked for Battle: Los Angeles, where she plays a soldier defending the titular city from an alien invasion. So that's pretty much the opposite theme of Machete ... 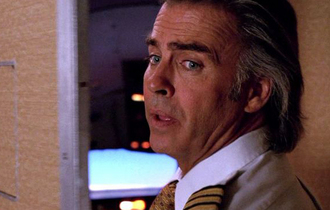 The guy who wore a pilot's uniform for 30 episodes but still had to remind his fellow castaways that he was a pilot in the finale is keeping busy. He, too, is in Machete, though there's no word on whether he has any scenes with Rodriguez. He'll also be playing a sheriff in Bed and Breakfast, a romantic comedy about California wine country (no machetes there!), and has a role in the forthcoming horror-comedy-musical-western (!) Eldorado (which probably has at least a machete or two involved). 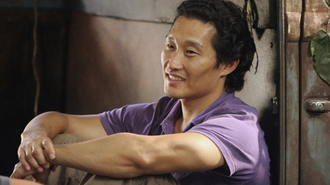 Kim isn't staying in the sci-fi biz, but he is staying in Hawaii, for the CBS remake of Hawaii Five-O. 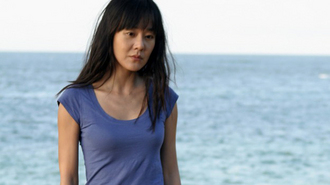 Slated to star in The Unconditional, a revenge picture about best friends and betrayal. 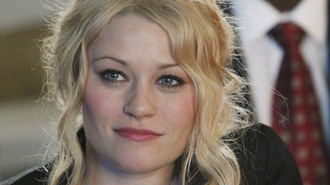 De Ravin is in shape with next month's psychological thriller The Chameleon, in which she plays the sister of a young man who went missing for several years only to return inexplicably. But is he what he appears to be ... ? De Ravin will also be lending her voice to the animated feature Legend of the Guardians: The Owls of Ga'Hoole, based on the children's books by Kathryn Lasky. 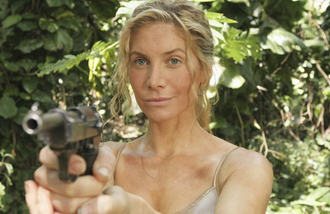 She's already back at work in the sci-fi mines, protecting the planet from aliens in V. 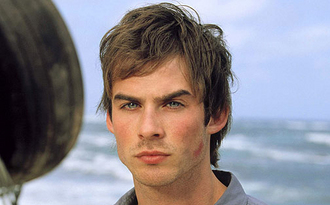 The dye job in recent episodes may have been a giveaway—he's Damon Salvatore in The Vampire Diaries on the CW. He's also rumored to have a role in The Host, based on the novel by Stephenie Meyer, and will star in the "romantic gothic fairy tale" Cradlewood.

One way to escape being typecast forever is to leave the cast early, as Grace demonstrates. (Not that it worked for Denise Crosby of Star Trek: The Next Generation, but we digress.) She's in the forthcoming romantic action-comedy Knight and Day, is the lead in When Calls the Heart, a TV movie about a prairie schoolteacher written and directed by Michael Landon Jr., and has a role in a film called The Experiment, which appears to be a dramatization of the infamous Stanford prison experiments (spoiler: humans are violently obedient to authority and hierarchy). Not satisfied with covering the range of human experience with those two, Grace is also in Faster—a cops-and-hitmen picture—and Relative Insanity, which is a modern-day version of Chekhov's The Seagull. Grace is clearly a believer in the "do one upmarket picture, do one downmarket picture" strategy! 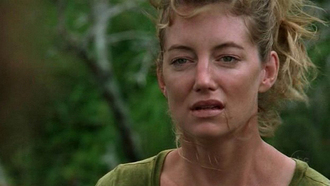 This isn't quite after Lost, but crazy crazy Libby did play Sam Carr, Dr. Wilson's ex-wife, on a few episodes of House this season, and maybe she'll be back next. She should have stuck with Hurley! 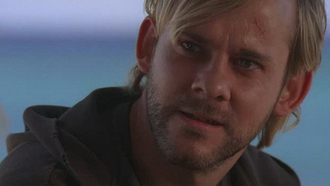 He'll be in 2011's The Pet, a psychological thriller about a man who kidnaps an old flame and keeps her captive in the animal shelter where he works. But Monaghan will always be a hobbit to me. 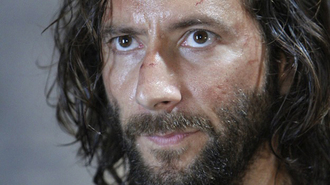 Nothing on deck for this brotha. And he pulled the rock out of the hole and everything! 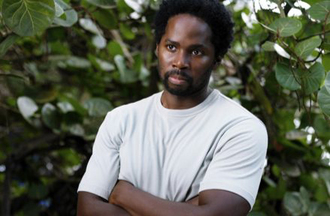 How's 30 Days of Night: Dark Days sound? Pretty good, eh? Perrineau will also be in the school shooting drama Case 219 and the inexplicably titled vigilante thriller The Hungry Rabbit Jumps. And that last one stars Nick Cage, too! This is why he never should have even tried to leave the island ... 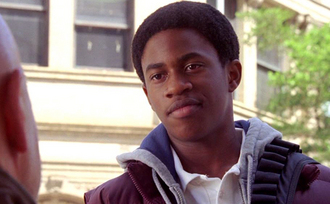 Walt whispered to me in the night that he is booked to play a recurring character in the forthcoming TeenNick show Gigantic and is also rumored to be attached to the film The Magic Carpet Adventures, in which the titular rag transports the former Lostie to ninth-century Bagdhad. 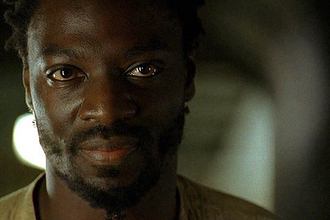 I missed him in the finale, but the guy's busy—looks like the years he spent writing and securing financing for his film Farming (which he is also directing) will pay off, as the movie should premiere at the Sundance Film Festival in 2011. 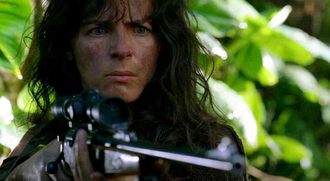 After running a brush through her hair, Furlan will appear in Cirkus Columbia, based on the novel by Bosnian author Ivica Dikic´. 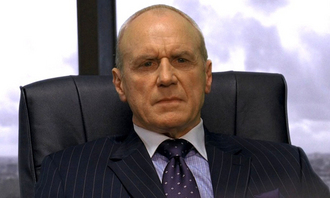 The former leader of the Others will have others of his own to deal with in the feature remake of the made-for-TV film Don't Be Afraid of the Dark. Guillermo del Toro co-wrote and produced the story of a house full of not-so-friendly creatures. 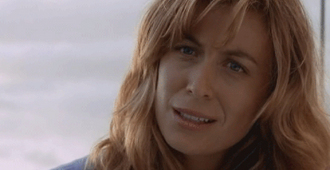 She'll be in this October's The Factory, a serial-killer picture. 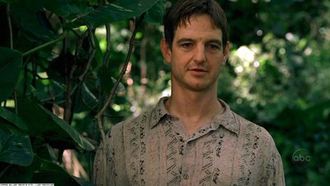 This creepy dude will be in a "romantic drama/sci-fi" flick called Another Earth, which apparently takes place on another Earth where he is considered attractive. 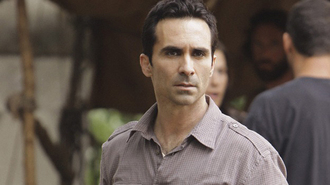 Alpert can still wear mascara if he likes, as his next gig will be voice-over only in an animated film called Noah's Ark: A New Beginning, which tells the biblical story from the point of view of various animals. Spoiler: they're cramped.