Michael Biehn's Dwayne Hicks was one badass colonial grunt in Aliens. But the part was actually first owned by James Remar (The Warriors, Dexter), at least for a few weeks. Check him out in action inside the xenomorph's sticky lair. 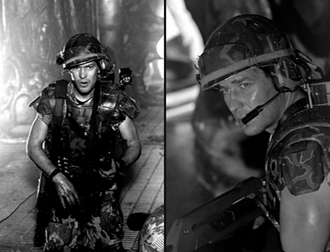 Tough hombre Remar was given the role for the first segment of shooting before exiting due to creative or contract difficulties with James Cameron. Biehn was brought in to admirably fill the role, and the rest is geek lore. There are a few images of Remar's Hicks still in the final print of Aliens, though they're side shots or rear angles. (Hey, wait, that's my butt!)

Thanks to filmmaker Gavin Rothery for these illuminating photos. 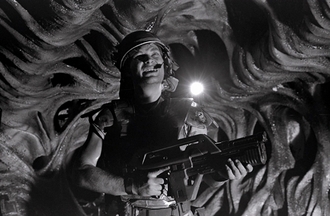 Think the best Hicks is Biehn? Or would Remar have filled the commando boots just fine?