Marcia Lucas was by her husband's side from his days as a fledgling USC filmmaker through the completion of Return of the Jedi. She, not George, is the only Lucas to win an Oscar for 1977's Star Wars. And thanks to a painful divorce, she's all but absent from the history books. But her impact on Star Wars can still be felt.

A skilled editor before she ever met her husband—and one who would eventually be hired on a regular basis by filmmakers like Martin Scorsese and Michael Ritchie—after their 1969 marriage, Marcia Lucas became a key member of George's inner circle. He routinely consulted her on matters that would bear great importance on films like American Graffiti, the original Star Wars trilogy and Raiders of the Lost Ark. But after their divorce in 1983—as the just-released Return of the Jedi (which Marcia edited, as she had done for Star Wars) had made $100 million in three weeks—George Lucas would rarely speak of Marcia and, as far as the Lucasfilm official record was concerned, she barely existed.

Jar Jar Binks is secretly one of Star Wars' most important characters
Sorry Ted Cruz, Star Wars has always been political — and liberal 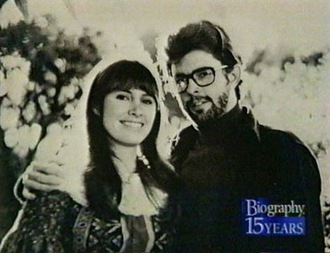 Until journalist Michael Kaminski started digging into books and interviews conducted before the great Marcia purge to find out more about the woman who helped make Star Wars, and Raiders, the classics they are: 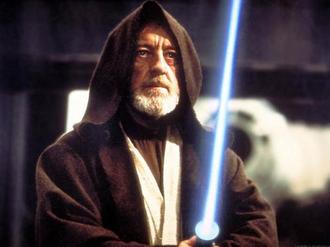 When Lucas couldn't figure out what to do with Old Ben in the last act of A New Hope, Marcia came to the rescue. As Lucas told Rolling Stone: "I was rewriting, I was struggling with that plot problem when my wife suggested that I kill off Ben, which she thought was a pretty outrageous idea, and I said, 'Well, that is an interesting idea, and I had been thinking about it.' Her first idea was to have Threepio get shot, and I said impossible because I wanted to start and end the film with the robots, I wanted the film to really be about the robots and have the theme be the framework for the rest of the movie. But then the more I thought about Ben getting killed the more I liked the idea." 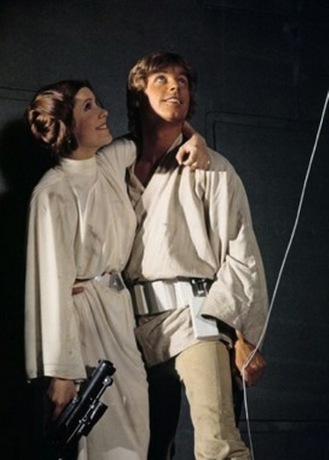 Mark Hamill said, back in 2005: "I know for a fact that Marcia Lucas was responsible for convincing him to keep that little 'kiss for luck' before Carrie [Fisher] and I swing across the chasm in the first film: 'Oh, I don't like it, people laugh in the previews,' and she said, 'George, they're laughing because it's so sweet and unexpected'—and her influence was such that if she wanted to keep it, it was in."

As Kaminski puts it: "The Death Star trench run was originally scripted entirely different, with Luke having two runs at the exhaust port; Marcia had re-ordered the shots almost from the ground up, trying to build tension lacking in the original scripted sequence, which was why this one was the most complicated. (Here's a faithful reproduction of the original assembly, which is surprisingly unsatisfying; start at 4:30.) She warned George, 'If the audience doesn't cheer when Han Solo comes in at the last second in the Millennium Falcon to help Luke when he's being chased by Darth Vader, the picture doesn't work.'"

Bonus: How she helped resolve Raiders

Kaminski turned to Dale Pollock's Skywalking: The Life and Films of George Lucas for this anecdote: "[Marcia] was instrumental in changing the ending of Raiders, in which Indiana delivers the ark to Washington. Marion is nowhere to be seen, presumably stranded on an island with a submarine and a lot of melted Nazis. Marcia watched the rough cut in silence and then leveled the boom. She said there was no emotional resolution to the ending, because the girl disappears. ... Spielberg reshot the scene in downtown San Francisco, having Marion wait for Indiana on the steps on the government building. Marcia, once again, had come to the rescue."

For more on Marcia Lucas, and her contributions to cinema—as well as her marginalization from perceived history—head over to The Secret History of Star Wars.

And check out these other little known sci-fi facts:

The brawl that got Mel Gibson the Mad Max gig