Tag: Rise of the Apes

There hasn't been much news recently about the prequel to Planet of the Apes, that is, until one fan happened to wander past the set and snap these great behind-the-scenes shots.

These new photos from the set of Rise of the Apes won't give away any details about what the CGI primates will look like in their final stage, but they do show a bit of what it takes to create them. Here's a glimpse of a stuntman wearing a mo-cap suit and shambling on all fours on the streets of San Francisco. 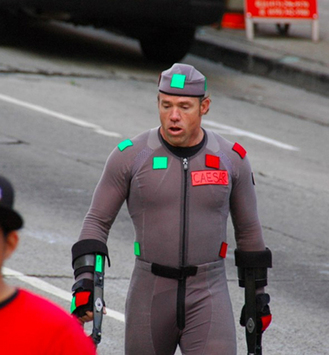 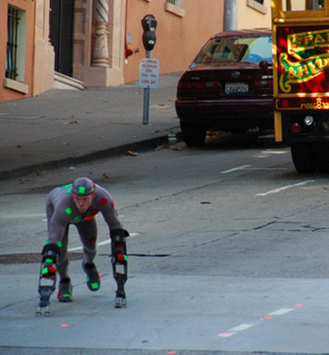 Frida Pinto, James Franco, and what looks like Andy Serkis 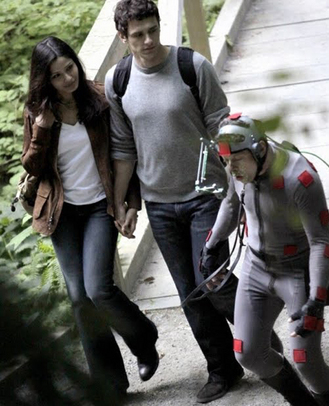 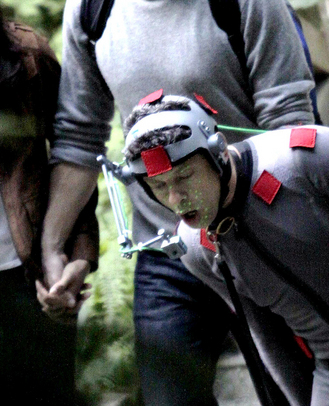 Though so far we don't know too much about the plot, IMDB describes the film as "an origin story set in present day San Francisco, where man's own experiments with genetic engineering lead to the development of intelligence in apes and the onset of a war for supremacy."

(Emperor's note: The original date of June 32, 2011 was "corrected" to June 24, 2001, then that date was further corrected to June 24, 2011. Just so you know what the comments are all about. Thanks for being both polite and amusing in your corrections while our editor is on vacation ;)