Angels & Demons, which opens today, offers up another of Dan Brown's vast conspiracies perpetrated by a shadowy secret society with dark tentacles reaching into the highest echelons of power.

Having already unmasked Opus Dei in The Da Vinci Code, Tom Hanks and company will battle our old nemeses the Illuminati as they attempt to impose their will on us all without anybody knowing they're doing it.

Well, we're here to tell you one thing about this kind of paranoia-driven conspiracy theory: It is 100 percent true. The world is rife with underground organizations that count among their members the most influential people in modern society and whose every decision determines the course of your very existence.

After the jump, join SCI FI Wire as we journey into the twisting corridors of power and expose five secret societies that control your life. (Any more and we're afraid we'd find ourselves the object of their scrutiny ... ) 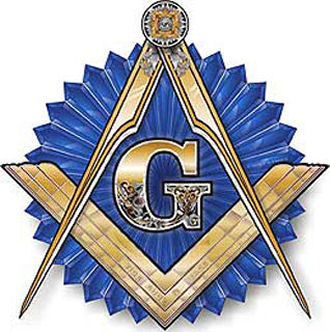 Who They Are: Freemasonry arose from the unification of several fraternal lodges in the 16th and 17th centuries and has become one of the best-known of secret societies. Let's face it, when The Simpsons is lampooning you, you're hardly operating on the fringes of public awareness. Still, their secret handshakes and symbology, along with a membership roll that has included American founding fathers, astronauts, business moguls and entertainment icons, has led them to a position of prominence in the minds of conspiracy theorists everywhere.

Their Nefarious Agenda: World domination. There are those who believe that Freemasons, controlled by a central authority, are seeking to circumvent state governments and attempting to establish a world society based on liberty, equality, fraternity, separation of church and state and religious tolerance. The horror. Freemasons have been linked to everything from the JFK assassination to a faked moon landing.

Famous Members: George Washington, Benjamin Franklin and pretty much everybody who signed the Constitution and the Declaration of Independence. Entertainers Bob Hope, Red Skelton and John Wayne. Modern political figures such as Winston Churchill and a lineup of U.S. presidents that includes Abraham Lincoln, Harry Truman and Ronald Reagan. 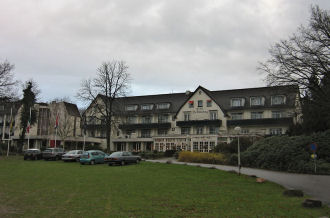 Who They Are: The Bilderberg Group is the most modern of secret societies, an ever-shifting collective of business tycoons, political figures and other high-profile personalities who convene annually with the express purpose of promoting international understanding. Each Bilderberg conference is made up of about 130 guests, whose identities are kept confidential, and the group does not disclose the contents of its meetings or the topics of discussion therein. For the curious, the 2009 meeting is going on May 14-16 in Athens, Greece.

Their Nefarious Agenda: The Bilderberg Group claims to maintain secrecy as to the goings-on at its conferences in an effort to allow participants to speak freely without fear of outside scrutiny. Suuuuuuure. Contentions have arisen in the past couple of decades that the Group is instead attempting to establish a one-world government, abolishing independent national sovereignty and instead placing responsibility for the ordering of global affairs in the hands of its illustrious membership. 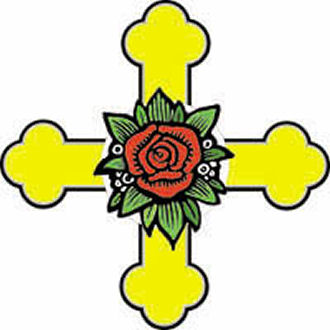 Who They Are: Rosicrucianism can be traced back to the publication of three key documents in the 17th century: Fama Fraternitatis Rosae Crucis, Confessio Fraternitatis and The Chymical Wedding of Christian Rosenkreutz anno 1459. These manifestos sent shockwaves through Europe by claiming to hold ancient and esoteric secrets that would provide unprecedented insight into the natural and spiritual world. Later propaganda would create rumors of a secret organization bent on enlightening and reforming the world and breaking with established religions such as Christianity and Islam. Modern Rosicrucians claim close ties with the original group but break from some of their anti-religious dogma.

Their Nefarious Agenda: Better living through chemistry. The origins of the practice of alchemy can be traced back to ancient Egypt, but it was big business in medieval Europe, with scores of sorta-scientists both setting the stage for more modern chemical science and pursuing more fanciful practices, such as the search for eternal life and the ability to turn lead into gold. It also figures heavily in all three of the Rosicrucian texts, and while revisionism would go on to couch the documents' alchemical references in symbolic terms, the link is impossible to ignore.

Famous Members: Rosicrucianism had its peak 300 years ago, so there aren't a lot of big names to which the label can be pinned, but both Benjamin Franklin and Abraham Lincoln were rumored to be initiates. Remember: It's not the size of your secret society, but who's in it that counts. 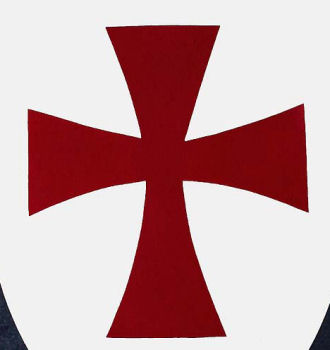 Who They Are: An ancient military order whose peak of power was centered on the Crusades, the Knights Templar were officially endorsed by the church and built many fortifications across Europe and the Holy Land. Their distinctive look (a red cross on a white mantle) and fighting skill made them a force to contend with on the battlefield, but non-combatant branches of the Order were deeply involved in the financial infrastructure of the time and even innovated an early form of banking. The Knights Templar were persecuted out of existence by King Philip IV of France.

Their Nefarious Agenda: At the time of their public peak, the Knights Templar were known as shining beacons of chivalry and paragons of medieval Christian virtue. Legend has them carrying a piece of the "true cross" into battle and protecting relics such as the Holy Grail and the Ark of the Covenant. If the Knights Templar do exist today, they likely continue their efforts to champion and protect the Church.

Famous Members: Driven underground by Philip's vendetta, the Knights Templar, if they do exist today, do so in the utmost secrecy, so it's hard to point to any particularly notable members other than that old guy who gave Indiana Jones the Holy Grail in Last Crusade. 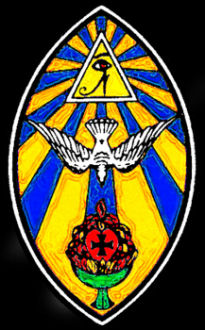 Who They Are: Originally founded in the early 20th century as a fraternal organization modeled on the Freemasons, Ordo Templi Orientis took a decidedly metaphysical turn under the leadership of famed occult figure Aleister Crowley. Crowley molded the group to conform with the law of his religion, Thelema, which held as its central tenet the dictum "Do what thou wilt shall be the whole of the Law." It also incorporated Crowley's Gnostic Mass and a variety of other arcane rituals.

Their Nefarious Agenda: The establishment of a universal brotherhood and religion and the melding of spirituality and science. The incorporation of pagan symbology and certain elements associated with Satanism has led the Church to condemn Ordo Templi Orientis and its work as demonic and potentially a threat to Christendom. We're not saying the OTO is trying to make you worship the Devil—but they sorta don't want you talking to the other guy, either.

Famous Members: Aleister Crowley is obviously the name most often associated with the OTO, and while he's not quite as notorious now as he used to be, the man had quite a bit of societal heft in the early half of the 20th century. Thelema and the OTO were also embraced by Jack Parsons, founder of the Jet Propulsion Laboratory and the Aerojet Corp.