5 Doctor Who characters who deserve their own spinoff series

The only thing more fascinating than the Doctor is the company he keeps. Since Doctor Who returned to television in 2005, it's gained legions of new fans and spawned two successful spinoff series based on some of its more intriguing recurring characters.

Sadly, The Sarah Jane Adventures is drawing to a close this fall after the untimely death of star Elisabeth Sladen, and the future of Torchwood is uncertain at best.

But the Doctor Who universe remains fertile ground when it comes to supporting characters with their own stories to tell. With that in mind, here are five friends of the Doctor with the power to generate killer spinoff shows of their own. 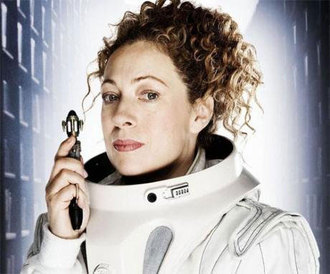 Why We Love Her: She arrived as an archaeologist investigating a vacant planet and quickly became one of the most important people in the Doctor's life. River Song is gutsy, sexy, funny, dangerous and downright fascinating to watch. And because she's a time traveler herself, her interactions with the Doctor are always as unpredictable as they are entertaining. Plus, she's officially a part of the family now.

What Would Her Show Be About? Who showrunner Steven Moffat keeps adding more details to River's backstory, but one thing he keeps leaving open for discussion is the period between when the Doctor finally learns who River really is (during the "A Good Man Goes to War"/"Let's Kill Hitler" story arc) and when he first meets her in "Silence in the Library" (when he's in a different body, and she already knows everything about him).

Take advantage of the wibbly-wobbly, timey-wimey discrepancies and fill in the gap in River's life with an adventure show about a time-traveling archaeologist who encounters alien threats, ancient planets and other assorted cosmic treasures. The great thing about River is that her possibilities are nearly as endless as the Doctor's, but she's also got the whole femme fatale thing going on. 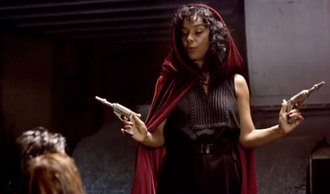 Why We Love Her: She's Queen of England in an era when humanity has abandoned Earth, her kingdom is a country-sized starship, she's not afraid to put up a fight, and she's sassy through and through.

What Would Her Show Be About? Liz 10 leads her people on board the Starship UK through social issues, internal strife, diplomatic tension and even a few intergalactic space battles. It's got a real Babylon 5 feel to it, but with all the crackle and humor of the Doctor Who world. Who doesn't want to see another Golden Age of the British Empire play out on an intergalactic stage? 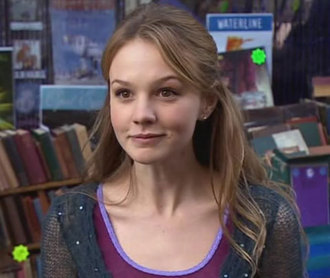 Why We Love Her: "Blink" is one of the best episodes of the Doctor Who revival series, and though much of its success is due to its villains (the enigmatic Weeping Angels), a good bit of the credit should go to Carey Mulligan's charming portrait of the curious, adventurous Sally Sparrow. Most everyone who sees "Blink" likely walks away from the TV thinking two things: "I am not going near statues for a while," and "I wonder if they'll bring Sally Sparrow back."

What Would Her Show Be About? It's less of a sci-fi show and more of a Buffy-meets-Clerks kind of thing (without ANY mention of the number 37, thanks). Sally picks up right where she left off, working in a video shop with a guy who may or may not end up her boyfriend. By day she struggles with young adulthood and the quiet frustrations of customer service, and by night she finds haunted corners of London to investigate for fun and profit. It has the potential to be funny, scary and a little bit of a guilty pleasure all at once. 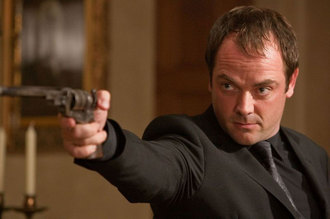 Why We Love Him: The Doctor doesn't exactly have an impressive track record when it comes to authority figures (he gets along with Churchill, but Churchill is an exception), but Delaware just gets him. He's a cool American FBI agent with lots of awesome government access (including Area 51), he helps the Doctor out of a few tough scrapes, and he's played by the fantastic Mark Sheppard (who's no stranger to great sci-fi television).

What Would His Show Be About? It's about time we got to see the world of Doctor Who from the other side of the pond. Delaware exists in 1969 rather than the present day, so he's got four decades of fun ahead of him before catching up with any of the other spinoffs. While Tom Baker and Peter Davison and the other Doctors of the '70s and '80s are in Britain chasing monsters, let Delaware roam America in search of UFOs, cryptids and conspiracies. It's a bit like the X-Files, but with a '70s cop show/exploitation movie feel. 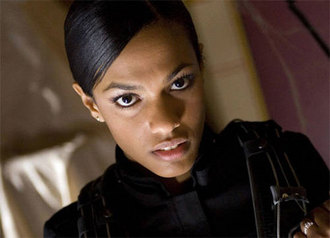 Why We Love Her: Martha had it all—brains, beauty, guts and a sense of adventure—but she loved the Doctor too much to make it last. She was among the more fun companions of the revival series, and when we last saw her (during the "End of Time" special that saw off David Tennant as the 10th Doctor) she was married to former companion (and lover of Rose Tyler) Mickey Smith, hunting down aliens on her own terms.

What Would Her Show Be About? Martha continues her work as a freelance alien hunter (with Mickey in tow, perhaps), roaming the universe not only to help keep rogue alien entities and plots in check, but also to use her medical knowledge to save lives and promote understanding between various alien races. She's like a doctor without borders ... in space.