How Frank Miller can redeem himself with a perfect Buck Rogers

Frank, buddy, we still love you. The man who's re-energized comics time and again with towering works like The Dark Knight Returns, 300 and Sin City is allowed a stumble or two.

So The Spirit tanked. Don't be discouraged! Would M. Night Shyamalan let one bomb stop him? Or three? No! Now is the time to look to the future, so to speak.

28 sexy skintight outfits from 5 decades of sci-fi film and TV
Buck Rogers in the 21st century: Classic sci-fi character blasting back to the big screen

Sure, at first glance, a bright but crusty sci-fi cliffhanger like Buck Rogers seems like an unlikely comeback vehicle for the master of spare, graphic pulp. But beyond the outskirts of Sin City, we see all the skills necessary for you to devise a new Buck for the 21st century! 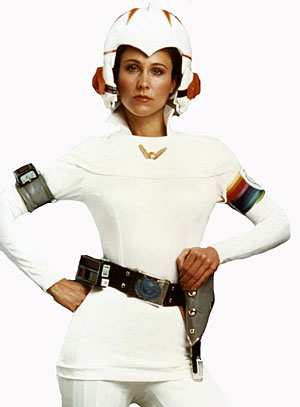 Thanks to the 1979 NBC television show, Buck Rogers is known today for its female characters. If you can create modern icons on the level of by-the-book good-girl Erin Grey and royally-wicked sex-bomb Pamela Hensley, trust us, all will be forgiven—if not completely forgotten in some hormone-induced haze. Frankly, Wilma and Ardala are probably why you grabbed this project, so we have no doubt the casting here will be exquisite.

That said, don't forget about Buck! Dark Knight and Iron Man have underscored how casting the right lead can take a project to the next level; Sadly, The Spirit bears this out. But seriously, Gabriel Macht notwithstanding, you've chosen some really compelling actors to work with in the past, so we're actually looking forward to see who gets the 500-year nap.

2. Go back to the original 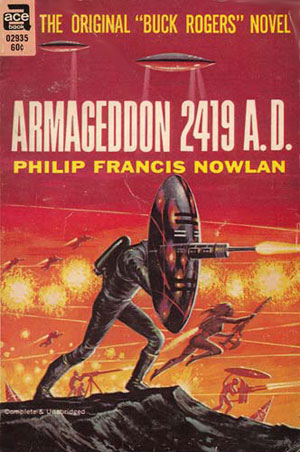 This is not a slam of your misguided take on Will Eisner's The Spiritwe mean literally go back and read Armageddon 2419 A.D. Or the early comic strips. The original Buck Rogers is a darker affair than later planet-hopping would have you believe, and a better fit for vintage Miller.

Long before Buck went to Vegas in Space on TV or fought the Tigermen from Mars in the funny papers, the original Buck woke from 500 years of sleep to help the broken and battered remnants of America against Earth-born foreign oppressors. Remember, Ron Moore didn't reinvent Battlestar Galactica so much as take its original concept seriously.

You did the same thing yourself in (arguably) your best works, Daredevil's "Born Again" run and Batman: Year One: These were brilliant recapitulations that used time-tested continuity as their foundation. Do that. 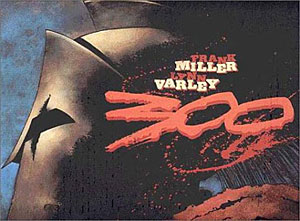 You are one of the few directors out there with the technical experience and creative imagination to even assemble one of these "green screen" movies. Now you just need to move beyond the desaturated work that you witnessed Robert Rodriguez creating when he adapted Sin City.

Your ex-wife has colored most of your graphic novels, and Zack Snyder smartly had her working on backgrounds for his adaptation of 300. Bringing her on board Buck Rogers would signal a real shift from the Sin City/Spirit school, but without abandoning your artistic identity. 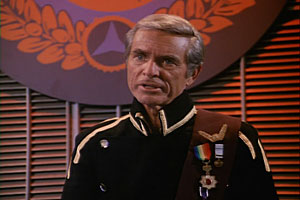 We're still not sure what a hopping "headfoot" clone has to do with Will Eisner's The Spirit, but, hey, this sort of stuff won't be out of place 500 years in the future!

The eccentric old scientist Dr. Huer is an essential character in any retelling of Buck's exploits. Feel free to put Huer in an Octopus-style lab and turn it up to 11! Go crazy, man.

Oh, and about the tech: If you—or the money men—are worried about this ending up like Sky Captain, there's still one retro-future that hasn't been adequately translated to film: steampunk! 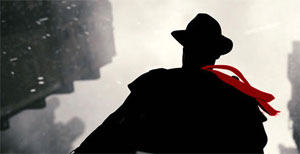 This will be an easy one for you. Most of them have been gunning for you since The Dark Knight Strikes Back, so their impressions of The Spirit are colored. But there are a few without a chip on their shoulder; DO listen to them—or read a few movie reviewers. Take in what they have to say about the pacing of The Spirit.

As a big Christmas release, The Spirit may have come up short, but as the initial offering from a first-time director who skipped film school, it was extremely promising. The compositions of your shots are gorgeous, which is to be expected of a legendary narrative artist.

Now if you can just fine-tune the one element that comics don't have, namely time, you'll be completely fluent in the language of film. Learn from your mistakes, and your new career could really blast off with Buck Rogers!