It seems the age of prequels is upon us all. George Lucas (perhaps infamously) started it just over a decade ago, and now it seems to be in full swing. We have a prequel to The Thing just a couple of weeks away, an adaptation of The Hobbit (a prequel to The Lord of the Rings) filming and a prequel to The Wizard of Oz on the way. And who knows how many more are in development that we don't know about yet?

It might seem like a sign that Hollywood is utterly out of original ideas (and hey, maybe they are), but when they're done well (as X-Men: First Class was), prequels can be effective. Who doesn't love a good origin story? In that spirit, here are six film franchises ripe for the prequel treatment.

First Look: Step inside the maniacal mansion of 'Hellboy and the B.P.R.D.: The Secret of Chesbro House'
Stupid sexy monsters: why we like beastly romances 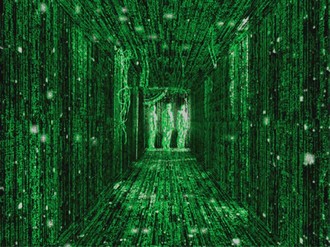 Why We Love It: The Matrix opened new cinematic doors for American movie audiences. Combining the wire-effects martial arts of Asian action cinema with the counterculture concepts of writers like Grant Morrison, it remains the ultimate mass-consumption cyberpunk story. Its power may have faded with the third installment of the film trilogy, but fuzzy endings aside, those fight scenes remain awesome.

The Prequel: Leave Keanu out of the equation and make a film about the franchise's most intriguing character, Morpheus (Laurence Fishburne). Tell the story of how he was unplugged, how he met the mysterious Oracle and how he helped organize a revolutionary movement that actually made a difference. 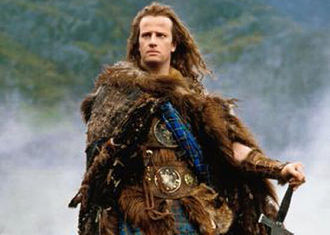 Why We Love It: Subpar sequels aside, Highlander is a mass of '80s movie awesomeness, filled with big swords, leather-clad villains and Sean Connery speaking like a Scotsman even though he's playing a Spaniard (because he's allowed to do that). It established a ripe mythology with the ability to span the whole course of human history, and it became an urban fantasy landmark.

The Prequel: The cool thing about a Highlander prequel is that you can set it almost anywhere and any time (though you might not be able to call it Highlander anymore). The best idea, though, could be to draw on what some of the Highlander comics did, and portray the origin and adventures of Juan Sanchez Villa-Lobos Ramirez (Connery's character). Show his life from the time he realizes he's an Immortal to his first encounters with Kurgan (Clancy Brown's villainous Immortal) and other Immortals, and end the film with his mission to find and mentor Connor MacLeod, the Highlander.

Why We Love It: Well, apart from the often-frustrating revisionist tendencies of its creator, Star Wars continues to grapple with Star Trek for the title of Most Influential Science Fiction Franchise of All Time, and until Lucas decides to release an edition that replaces all the characters with digital Hilton sisters, it's still going to be cool.

The Prequel: Yes, we know, there's already been a Star Wars prequel. Three of them, in fact, not to mention the comics, novels and TV shows that tie in to the before and after of the original trilogy. But there's still cinematic territory to be explored, namely the territory of the Old Republic that's been such successful videogame fodder. Who wouldn't want to see a film (or a trilogy of films) on the Sith Wars? Set it 1,000 years before The Phantom Menace, get a completely new cast of characters and take the Jedi Order to an epic level. We've seen them struggle. Let's see them triumph. 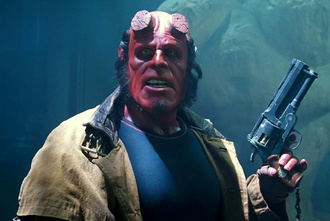 The Prequel: We know Hellboy arrived on our plane of existence in World War II, and the two films so far have been set in the present day. But Mignola's comics are filled with Hellboy stories that take place throughout the 20th century as he travels the world battling occult forces in a variety of historical eras. Either take one of those stories and adapt it straight to the screen, or find an interesting chunk of historical backdrop (the late 1960s, say) and give Big Red some monsters to fight in his adolescent years. We know how he came to Earth, but now we want to know how Hellboy became Hellboy.

The Lord of the Rings 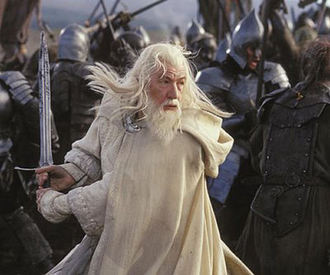 Why We Love It: As we've said before, it's the granddaddy of modern epic fantasy, and plot changes aside, Peter Jackson took Tolkien's supposedly unfilmable mythology and transformed it into damn good, Oscar-winning cinema. It's a modern classic in two media, and Tolkien's lifetime of work on his stories makes Middle-earth a world filled with new stories to tell.

The Prequel: Yes, we know a prequel is happening here already, but The Hobbit is just a prequel to the Lord of the Rings story proper. It's only the tip of a very big epic fantasy iceberg. Tolkien spent decades crafting the detailed backstory of his world (ostensibly just so he could have a cool explanation for the two Elvish languages he'd created, Quenya and Sindarin), and the origin story he came up with, The Silmarillion, is a dense piece of cosmic mythmaking filled with gods and monsters. It's not the easiest thing to adapt, but if it's done right, it could be one of the most visually and thematically stunning things ever seen at the movies. 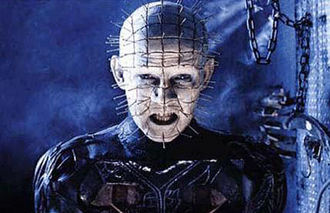 Why We Love It: Clive Barker's imaginative and dark fairy tale set a new standard for horror cinema, and probably did a lot for the S&M scene, too. It remains his best-known work, and despite a slew of forgettable sequels, the original remains a classic.

The Prequel: Sequels to the original film have shown the iconic Pinhead (whom no one but Doug Bradley can play) as he transforms from a man seeking the outer limits of pleasure to a creature of hell bent on tormenting others. A good prequel would fill in the gap between the moment he became the Cenobite with nails in his skull and the moment he steps on screen in the original film. Who were his first victims? How did he fit into the hierarchy of hell? Did he ever remember any of his human self? Did he struggle with being a demon? These are the questions that could return the Hellraiser franchise to glory.


Who wants to see these flicks? And what flicks did we miss?