While several influential and excellent horror films exist from the period (Fright Night among them), the 1980s were predominantly a breeding ground for truly terrible films—a disgusting mishmash of slasher flicks, Gremlins knockoffs and uninspired bloodfests. But even amid the dreck, several merely flawed projects hinted at greatness but ultimately fell short.

Here's a list of six 80's horror films that offered excellent elements but, for whatever reason, failed to live up to their promise. All of these are primed for a remake (no movies with already-announced remakes were included). 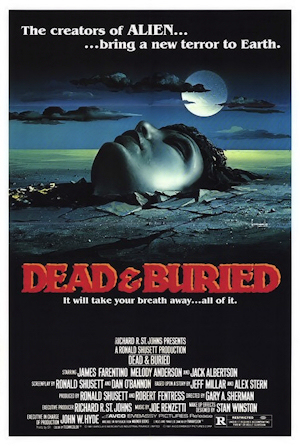 Though it's an enjoyable thriller, director Gary Sherman drags down the interesting concept with very vanilla direction and uneven pacing, creating almost no suspense. The screenplay by Ronald Shusett and Dan O'Bannon (from the story by Jeff Millar and Alex Stern) offers little characterization and supplies the flimsiest explanation for the motivations behind the deaths. Above all else, Dead & Buried lacks any sense of paranoia and real terror.

Thankfully, all the problems are easily fixed by a good screenwriter and a quality director. With little effort, this kernel could evolve into a top-flight horror film.

Dream director for the remake: Jorge Michel Grau displayed the required pathos and paranoia in his freshmen outing, We Are What We Are (Somos lo que hay). 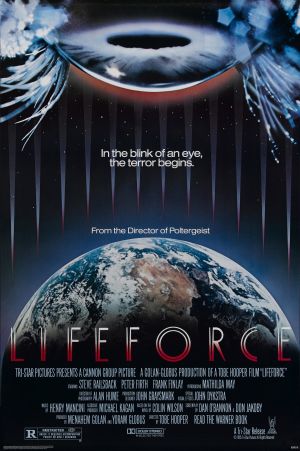 While investigating Halley's comet, a joint English/American space shuttle mission discovers an alien spacecraft in the head of the comet. Within the ship are some large, batlike creatures and, encased in clear cocoons, three presumed-dead humanoids—two men and a woman. As the returning shuttle nears Earth, Mission Control lose contact. The rescue mission finds the ship completely gutted by fire, except for the three cases bearing the aliens.

Brought to the European Space Research Centre in London, the female wakes and sucks the "life force" out of a guard. She and the others escape and transform most of London into zombies. The only survivor of the expedition, who jettisoned from the doomed craft in an escape pod, and British authorities attempt to capture the mysterious but beautiful alien woman responsible.

Working with a screenplay adapted by Dan O'Bannon and Don Jakoby from Colin Wilson's novel The Space Vampires, director Tobe Hooper managed to put together an entertaining experience despite his own shortcomings. Lifeforce suffers from Hooper's tendency toward the bombastic and cheap shocks in what feels essentially like a 1970s run-of-the-mill horror movie enhanced by fascinating core. Wilson's story would benefit from a more subtle, nuanced vision with a better sense of place.

Dream director for the remake: In Attack the Block, Joe Cornish demonstrated the ability to portray a believable alien attack within a very human context. Besides, at this year's Comic Con, he named Lifeforce as one of his guilty pleasures. Perhaps he could make it less of a guilty one? 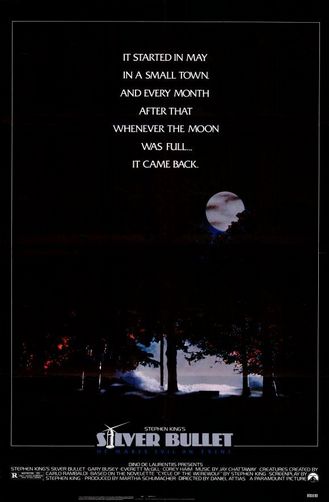 Tarker's Mill, a peaceful small town, has experienced nothing unusual until, one night, murders begin. The townspeople believe some maniac is on the loose and intend to hunt him down. Marty, a young handicapped boy, believes that the killer is a werewolf. After an encounter with the creature, Marty and his sister, Jane, search for the true identity of the beast.

Depending on how you view Silver Bullet, it is either an intentional tongue-in-cheek parody of Stephen King's works or, as most believe, a stupendously bad movie. Either way, the movie ranks among the worst King adaptations. While not his finest piece, the original novella Cycle of the Werewolf offered a fun read with an interesting storytelling structure based on the lunar cycle. Director Daniel Attias, in his only feature film, and King, who adapted the story for the screen, effectively neutered the tale, creating an utterly forgettable movie. Given the story's connection to King's popular Dark Tower series, a remake would seem inevitable. Hopefully, this time, they'll craft an at least watchable film. 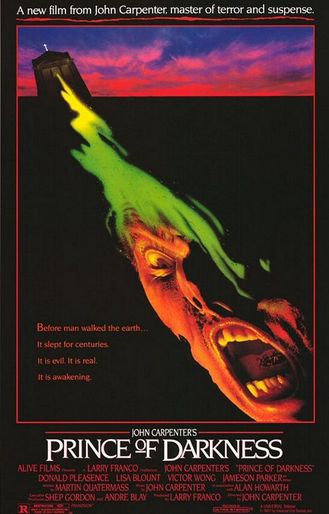 Following the death of a priest who belonged to a mysterious sect , a sinister secret hidden in the basement of an abandoned Los Angeles church comes to light. Within the basement rests a mysterious cylinder with a green liquid. A priest invites a group of academics and students to investigate. They discover the liquid contains the essence of Satan himself, and that he plans to release HIS father—an all-powerful anti-God!

The second of director John Carpenter's "Apocalypse Trilogy," the genuinely scary Prince of Darkness explores the concepts of Satan and God via scientific methods. Carpenter's reliance on an overabundance of stereotypical horror tropes such as the possessed spitting bodily fluids, decaying skin on zombie-like visions, a crazed black character singing "Amazing Grace," an impudent priest screaming things in Latin, and scissor-wielding killers detracts from the true cleverness of the picture, 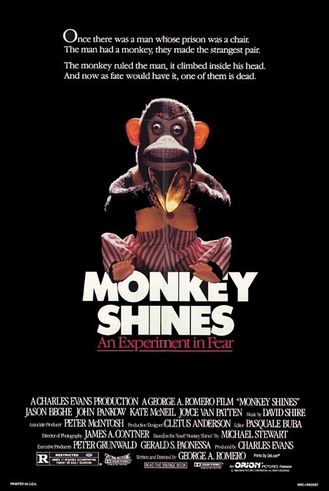 The despondent, newly quadriplegic Allan attempts suicide. His friend Jeff, a scientist who injects monkeys with human brain tissue in hopes of raising their intelligence, supplies one of the experimental monkeys, "Ella," to Alan as his helper. Trained to fetch and carry for him around the house, obeying him in all things, Ella forms an intense attachment to her master. After the duo develop a psychic bond, she starts responding to Allan's underlying rage and frustration, carrying out Allan's darkest wishes.

Surprisingly subdued for a George Romero picture, Monkey Shines actually could use more shocks. While not a terrible adaptation of Michael Stewart's novel of the same name, the film lacks the required sense of Allan's extreme isolation and loneliness to explain his underlying motivations.

Dream director for the remake: Few handle isolation and loneliness as well as Duncan Jones, director of Moon and Source Code. 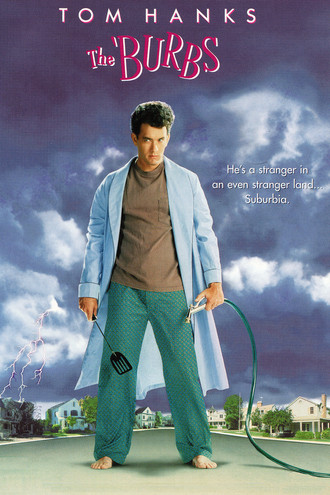 When some really strange people move into the dilapidated house next door, Ray Peterson and other neighbors on his street concoct elaborate, dark stories about the newcomers. Nobody has ever seen them, their house is a real mess, and during the night, you can hear weird noises from their basement. Are they vampires? Cannibals? Serial killers? One day, old man Walter suddenly disappears, and everyone starts to suspect the new neighbors of foul play.

Like so many of Joe Dante's movies, this underappreciated horror comedy, starring pre-Oscar Tom Hanks, post-Star Wars Carrie Fisher, and a psychotic Bruce Dern, offers moments of sublime genius combined with distracting moments of utter zaniness. The 'Burbs fails as an exploration of the "perfect" suburban reality. A need for a darker-still comedic remake with less slapstick exists in 21st-century America. And please, no Corey Feldman this time.

Dream director for the remake: Ruben Fleischer showed a knacked for illustrating America's ugly underbelly in Zombieland and 30 Minutes or Less.

With the possible exception of Silver Bullet, all the films mentioned are at worst serviceable horror films and provide for an entertaining diversion. But they all fall short of great and could benefit from some tinkering and a facelift.