When you've spent your life as a famous scientist, historians tend to forget your bad personality traits. It makes sense: If you're out there curing the black plague, who really cares if you have a problem with skin fungus or hookers (or both)?

Despite this, the six scientists in this article were such abominable jerks that even their incredible contributions to humanity couldn't eclipse their contributions to the world of douchebaggery. 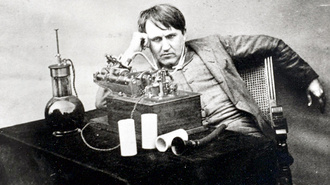 Working sleepless hours in his lab, Edison made a light bulb that could be produced for the masses. Finally, people were able to stay awake late enough to watch The Tonight Show. His numerous patents changed human life and inspired this really creepy memorial page.

He had a fondness for electrocuting animals.

Thomas Edison popularized and "sold" direct current for electric power. In what was probably the nerdiest battle in history, Edison got into it with George Westinghouse and Nikola Tesla in what was dubbed the "War of Currents." Judging solely by the name, one might think these men battled with strange devices that shot electricity at each other. But no, instead Edison toured the country using his competitor's "alternating current" to electrocute animals. In a famous video that is in absolutely no way safe for work at all, Edison electrocuted an adorable elephant named "Topsy."

Edison was propelled by furious rage coming from the fact that Tesla had once been Edison's employee but left because Edison didn't understand Tesla's alternating current experiments. In fact, the reason Tesla left was because Edison had promised him $50,000 but reneged on the deal. To get him back, Tesla harnessed Niagara Falls to produce alternating current, proving he had the superior electricity. Alternating current is now standard in American homes today and is never involved in accidental elephant deaths.

In addition to all this dickery, Edison also had film technicians steal copies of the groundbreaking film Le Voyage dans la lune. Edison distributed the bootlegs for a tidy profit, while the revolutionary director was left bankrupt, with no way to return his significant investments. It takes a lot to look like a jerk by Hollywood standards, but Edison definitely fit the bill. 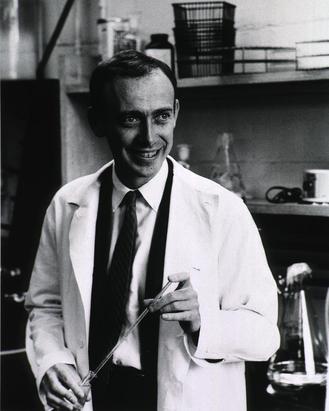 Along with his LSD-induced partner, Watson discovered DNA. In terms of human self-understanding, they pretty much touched the monolith.

He refused to stop saying stuff that was vaguely racist, vaguely sexist and totally creepy.

Watson's mouth had a veritable double helix of tongues, able to twist any scientific conference into an offensive sound bite. He first started raising eyebrows when he claimed that fetuses that test in the bottom 10 percent of intelligence should be aborted. Controversial, but it could easily be argued that he was making a statement for compassion and mercy, just in a really garbled way.

Unfortunately, that idea was soon put to bed when Watson started saying things that weren't controversial, just flat-out weird. He made the statement that he had no problem with using genetic engineering to make all girls pretty. In his own sad, demented words, "Whenever you interview fat people, you feel bad because you know you're not going to hire them." Always the epitome of compassion, that James D. Watson.

Watson's foot-in-mouthery doesn't stop there. In 2000, he gave a presentation at a conference where he linked skin color with sex drive. Showing blown-up slides of bikini-clad women, Watson claimed that melanin was linked directly to sex drive, and used it to explain why Latins make better lovers than Englishmen. The final straw came when he complained that the intelligence of Africans was lower than their non-African counterparts. Intense pressure forced him to resign his job, he no doubt spends his ample leisure time engineering an army of supermodels. 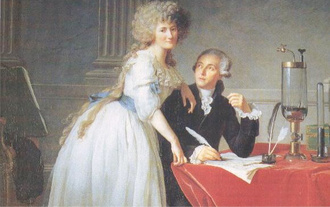 One of the greatest minds of all time, Lavoisier discovered and named the element oxygen and made the metric system. So every time you suck in a deep breath because some American doesn't understand what a kilogram is, think of Antoine Lavoisier.

He was a ruthless merchant who didn't mind making a buck off of poor people.

As administrator of France's premier pre-revolutionary aristocratic council, Lavoisier's economic policies were sometimes contradictory. On the one hand, he introduced taxation reform with the aim of helping the peasants. On the other hand, he tried to build a freaking wall around the city to keep poor people from smuggling in food and clothes.

When the French revolution came, it was not the best of times for Lavoisier. He was accused of selling watered-down tobacco, which is just wrong. Speaking of just wrong, when he was 28, he married a 13-year-old (some sources say 14, which isn't any better). In addition, he was literally accused of trying to cut off Paris' air supply by building the aforementioned wall around the city. The irony of this ridiculously non-scientific conclusion probably would've made Lavoisier's head explode, if it wasn't lying in a bucket. 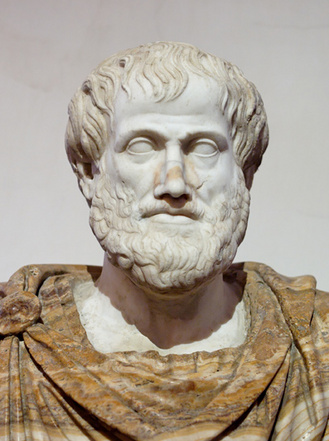 For thousands of years, Aristotle's views on science were considered the foundation for human experimentation. Before Aristotle, the answer to almost any question was pretty much "The gods did it," which made quiz shows unbearably easy.

He may have been more racist than Hitler.

Now, to just flat-out fingerpoint at an ancient person for being racist is silly. During Aristotle's time, there weren't even that many other races to speak of, and it was quite common to look at others as barbarians. That said, Aristotle had such a derogatory opinion of other creeds that it even freaked out his fellow racist peers. Rumor has it even Alexander, not known for his tolerance of other cultures, wrote Aristotle a letter asking him to back off. Aristotle did not back off; he was bent on telling the world that other races deserved to be enslaved and that interbreeding meant poisoning one's blood.

Adding to the body of evidence that Aristotle was kind of an overprivileged dillhole was his hilarious views on women. Women at the time were regarded as inferior to men, but Aristotle went so far as to try to make a science of it, claiming:

Aristotle had a whole caste-esque ranking of how important people were, based solely on race, gender and nobility. In fact, he often scribed that lower-class men would never reach their full potential, and fought to refuse voting rights to manual laborers. Aristotle's vision of hell would probably closely resemble a NASCAR race. 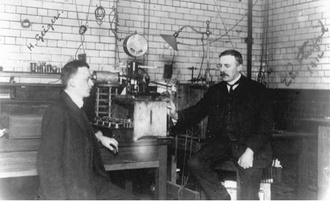 His invention, the Geiger counter, has saved countless lives by giving an advanced warning for radiation. Designed in 1925, it is still being used in many capacities today. Who knows how many lab technicians would've accidentally been transformed into irradiated supervillains if not for the Geiger counter?

He was an unrepentant Nazi.

Hans Geiger seemed all right before World War II. He even authored a paper urging the Nazis to leave scientists alone, and presented it to Hitler.

But World War II flipped Geiger like it was the Stanford prison experiment. Geiger turned in his Jewish scientist colleagues, some who had worked alongside him before the war.

Despite a professed dislike for the military, Geiger supported the Nazi effort like a baseball fan during a pennant run. He worked adamantly to build a nuclear bomb. Despite the onset of rheumatism, Geiger continued to work on the project until a lack of uranium forced its cessation. Now, if there only were a meter that could detect weirdos like him. 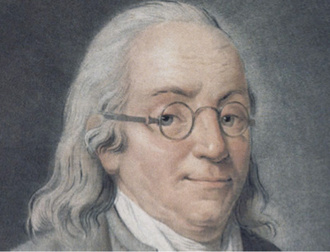 Ben "C-Note" Franklin practically embodies the American spirit of unbridled adventure. He flew a kite in a rainstorm, he co-authored the Constitution, and he loved beer. He freed the colonists, freed his slaves and freed his mind with a little hemp now and then. What's not to love about Benjamin Franklin?

He was an insufferable, petty whore of a man whom his peers loathed. Also, he may or may not have let people saw up dead children in his home.

Ben Franklin was not a guy you wanted to get in an argument with. He established a lengthy pattern of going to extreme lengths to win petty squabbles. Once Franklin tried to get the entire government switched from proprietary to royal, just to grab some land from William Penn. His antics annoyed fellow legislators to the point where he would get kicked out of assemblies. Franklin was one of those geniuses whose ideas were sometimes revolutionary and most of the time awful: He once tried to sell Noah Webster on the concept of replacing six letters in the alphabet. Ben Franklin certainly had tenacity, whether he was trying to liberate America or just annoy the crap out of people.

Ben Franklin was also a notorious lech, even for the colonial equivalent of a rock star. He had an illegitimate son, then disowned him for supporting the king of England. He wrote a lengthy letter to a friend giving detailed advice on how to choose a mistress (hint: Franklin seems to be into cougars). In a famous rumor, Franklin allegedly tried desperately to win the sexual affections of a married woman 40 years younger than he.

Mars. Is. WEIRD.
A six-planet system dances in time to the tune of gravity

John Adams stated that Benjamin Franklin was "slippery and opportunistic." Frankly, this can be said about all of the scientists on this list. It makes one wonder if "angry, abusive scientist" will become a regular TV show character.