Fan have greeted the news that Fox is forging ahead with a new Buffy flick without creator Joss Whedon's involvement with shock, dismay and outrage. Alyson Hannigan recently joined the chorus of actors who've been horrified at the idea.

Check out what Hannigan had to say last week, along with all the other cast reactions to date. 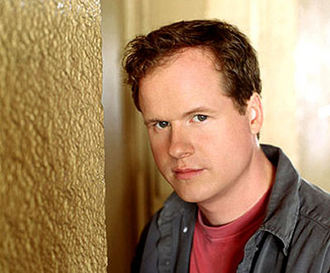 "I always hoped that Buffy would live on even after my death. But, you know, AFTER. I don't love the idea of my creation in other hands, but I'm also well aware that many more hands than mine went into making that show what it was. And there is no legal grounds for doing anything other than sighing audibly. I can't wish people who are passionate about my little myth ill. I can, however, take this time to announce that I'm making a Batman movie. Because there's a franchise that truly needs updating. So look for The Dark Knight Rises Way Earlier Than That Other One and Also More Cheaply and in Toronto, rebooting into a theater near you. 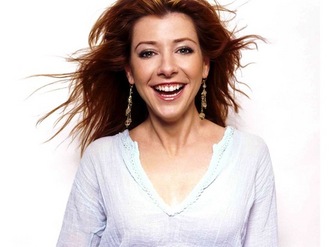 "A Buffy movie without Joss, I would crap on that ... Joss was Buffy." 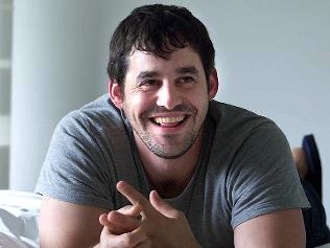 "I hope their vampires don't glitter. ... You know, listen ... I think it's a mistake, I think that it's trying to kind of—they have to reach a whole completely new fanbase. And we already have that fanbase. So it's going to really be hard to kind of do that. But you know, everyone: They remade The Flintstones. Twice, I think." 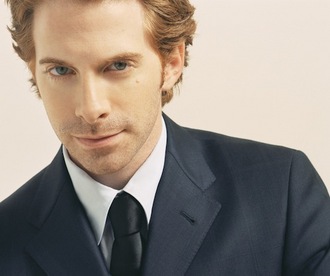 "You know, there's no public outcry for a remake of Buffy, there's only the opportunity in pop culture where vampires are very popular. If Joss came out and said, 'I want to make a new Buffy movie,' even if he said, 'I want to do it like the reboot of Spider-Man. I want to put Buffy back in high school and I want to tell a different story with this character,' I think people would go with that. But the fact that people who are not connected to it and were not connected to the show or any of the mythology that was created going back to the movie—which everyone kind of agreed wasn't a perfect version of its potential—you know, I think that really confuses people. It confuses the audience. They're like, 'How am I supposed to feel about this?'" 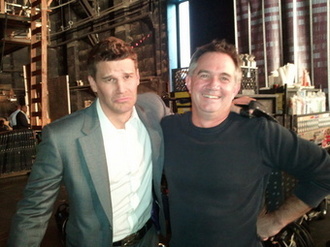 [Boreanaz was informed by Bones writer-producer Hart Hanson, who tweeted the above image in which he's standing next to the too-sad-for-words former Angel.] 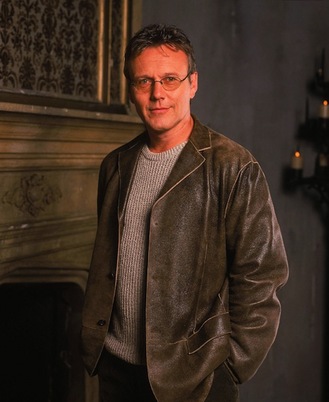 "It's a horrible idea. It's a horrible idea inasmuch as Buffy was a great conceit. It was a great story. A great idea. I don't think you can ... Whether you feel as though you helped it on its way, I don't feel that you can then remake that without the original creator on board. It doesn't make sense. And I mean, somewhere down the line, I suppose sometimes ... I suppose you could, but it never sits very comfortably. With someone like Joss, why would you want to? Well, I know why you want to. You want to make money. As he said recently, 'I hope it's good!' [laughs] I love him." 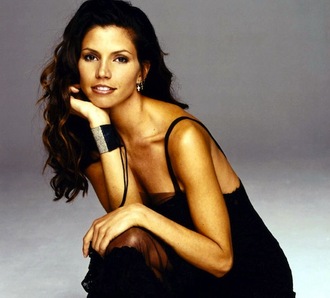 "Stupid. No Joss? A real head-scratcher."