11 years ago, Toy Story 2 made grown men cry when Jessie the cowgirl sang that Sarah McLachlan song about getting left behind. It even ended on the most bittersweet note possible. The toys would stay with Andy and accept that he'd outgrow them, but it would be fun while it lasted. Thanks, Pixar, for 11 years of abandonment issues.

This week, they finally deliver. Woody the cowboy, Buzz Lightyear, Jessie and the whole toy box will get abandoned by Andy, who goes off to college. They find themselves at a preschool with a slew of new toys, and a new adventure. Director Lee Unkrich spoke with us and explained why Toy Story 3 is worth the wait. The movie opens June 18.

They had to start from scratch

The most tearjerking scenes in Pixar history, ranked by how much they make us cry
John Ratzenberger, Pixar's good luck charm, on Up, Bugs and Toys 3 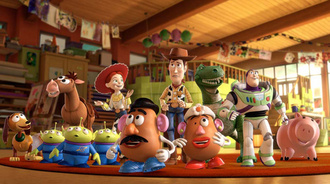 Since the last Toy Story was made 11 years ago, the characters are no longer compatible with the operating system that produced Up. So you're seeing brand-new Buzzes and Woodys in Toy Story 3.

"It's kind of like when you try to open an old file on your computer from 10 years ago. Good luck being able to do it," Unkrich said. "Our software has advanced to the point now where all those old files cannot be opened and used anymore. So we had to completely reinvent every one of the characters and remodel them from scratch. It was interesting, because we wanted to keep them very much the same. We didn't want them to look noticeably different, but it gave us the opportunity to correct a lot of little things that we wished we had done better way back when and kind of put more detail into Woody and Buzz and all the characters. We had to do it carefully, because I didn't want the audience to feel like they were looking at characters that had had bad plastic surgery done on them." 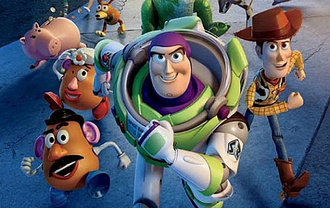 The upgrades make the characters more complex. Unkrich walked us through the new Buzz Lightyear model. It sounds like something out of Transformers.

"He's always meant to be a toy, so even though he looks the same now as he used to, if you really look at the details, you can see that we've made him look like he's made up of lots of little different pieces of plastic that have been screwed together," Unkrich said. "Whereas the original Buzz, just the way he was modeled in the computer, it was a lot of pieces just kind of intersecting into each other. It was kind of more crudely done. Even though he looks good back then, he looks much better now. He looks much more like a realistic toy. We covered him with little microscratches and dirt scuffs and try to give him the look of a toy that's been thrown into a toy box for a lot of years and has been played with a lot over the years."

They had a bigger cast to manage. 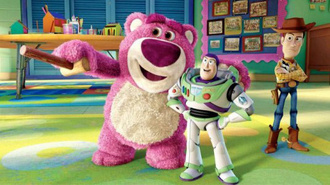 Toy Story 2 introduced a bunch of new characters who stayed in Andy's room. There's even more who join the gang in 3. It took the Pixar team time to come up with a story that fit them all in.

"It's not tough to give everyone something to do," Unkrich explained. "It's more tough to keep the focus on kind of the main characters. With so many characters, you can imagine the story could get really watered down and we'd have a hard time paying attention to the right characters. At the end of the day, we know that Woody's the main character in the film and Buzz and Jessie close behind him. So they get the lion's share of the lines and the moments in the film and then everybody else tapers off from there." 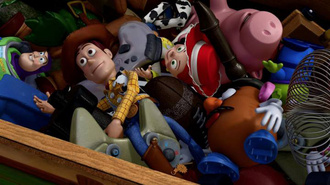 See above about Jessie's abandonment song. You thought she was sad the first time a kid gave her away to charity. Now she's got to go through it all again.

"We needed to stay true to her character and make sure we respected the fact that she had gone through that experience and had been abandoned by a kid before," Unkrich said. "So when they get into this situation at the beginning of the film, when Andy seemingly throws them away, it only made sense to have Jessie get really angry at herself for allowing herself to be put in the same kind of situation twice in her life."

They had to have a good idea. 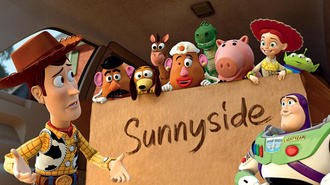 "When we made the first Toy Story, a lot of people wanted to know when we were going to make a second one," Unkrich recalled. "At the time we said we had no interest in doing that. We just wanted to continue to make new films and tell new stories. But, I think it's a testament to these characters and how much people like them that they've stayed around so long and people have wanted to see new stories with them. We've done the heavy lifting of telling stories worthy of bringing out to the world."

BTW: Cars 2 is coming next year.

It had to have everything. 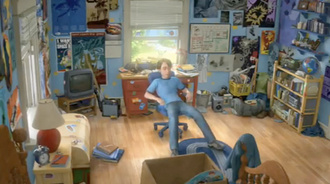 "You have to find the right story," Unkrich said. "We had a story that we thought had a lot of potential to be emotional, but we have to do the work. We never set out with the goal of trying to make people feel strong emotions or cry or anything. It's just kind of where the story took us. We try to stay true to the characters and send them off on an interesting journey that's going to be challenging for them. I think it's just a testament to the fact that people care about the characters that we've created that they feel emotion along with them in the film. When I hear that people cry during the film, that just tells me that they are emotionally invested again and care. I think that there are too few films these days where people truly care about the characters that they're seeing up on screen. When I hear that people cried at the end, that just tells me that we've succeeded in giving people a really strong experience at the movies."