Wishing Disney would look beyond Pirates of the Caribbean and start making big-budget movies out of some of its other theme park rides? Well, hold onto your mouse ears—because here come six new film projects from the Happiest Place On Earth.

Disneyland is becoming fertile soil for Hollywood ideas, sailing well beyond the gazillionaire galleon of Pirates. Who else can calmly reach into a bag of magic and pull out franchises for potential worldwide blockbusters?

The idea of attraction-inspired flicks began with the ill-fated Eddie Murphy nightmare Haunted Mansion and the unbearable The Country Bears, but since then Disney has refined its game with the Pirates juggernaut, which it recently announced will return in a fifth installment after pillaging the global box office.

Disneyland opened on a sweltering July 17 in 1955, making last Sunday its 56th anniversary—and what better way to celebrate than to review its colorful lineup of ride-based movies in development?

So have a Disney day!

Sonic is a nudist. Winnie goes bare-bottomed. Why do so many cartoons go naked? We investigate.
The Mandalorian returns in October as Disney boss hints at possible spinoff series 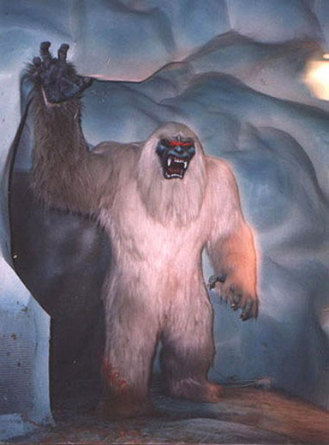 Button up the lederhosen and strap in to your toboggan. Last month, Walt Disney Pictures greenlit an action-adventure film based on Disneyland's Matterhorn Bobsleds attraction, with a working title of The Hill. (Not very catchy, Walt.)

The studio hired newcomer Jason Dean Hall to write the script, to be produced by Justin Springer (Tron: Legacy, Prom). The landmark E-Ticket thrill ride opened in 1959 and was the world's first tubular steel coaster. Its snow-capped mountain was refurbished in 1978 with the installation of three growling, animated Abominable Snowmen.

Hall's screenplay follows five young adventure seekers who are mysteriously called to the top of the mountain and encounter Yetis on the journey down. Yodeling all the way, no doubt. 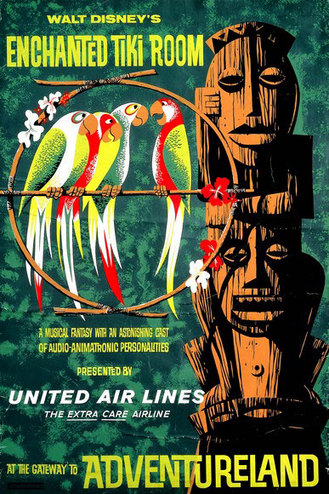 That song is forever stuck in our heads. Walt Disney Pictures picked up the spec script Tiki from writers Ahmet Zappa and Michael Wilson, based loosely on the classic Enchanted Tiki Room attraction at its amusement parks.

The story is set in Hawaii and rooted in the world of Polynesian mythology, similar to the host of gods and goddesses inhabiting the ride's landscaped waiting area. Though Disney claims the script isn't specifically taken from the Enchanted Tiki Room, similarities are sure to squawk and not branding it with the current popular attraction seems bird-brained. "In the tiki, tiki, tiki, tiki tiki room ..."

Keep reading, and please pass me a Pineapple Whip. 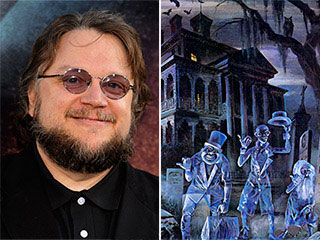 The dark wizardry of Guillermo del Toro (Hellboy, Pan's Labyrinth) has been tapped to reboot Haunted Mansion after Eddie Murphy's 2003 abomination. Announced at the 2010 Comic-Con, the film will be live-action and filmed in 3-D, harkening back to the days of William Castle spookhouse screenings of the '50s and '60s. "If you take the children, they will scream," del Toro said at last year's fanboy fest.

He's promised to stay true to the art and aesthetics of the original attraction that Disney Imagineers created. To the delight of hardcore fans, the script's mythology will be created around the "Hat Box Ghost" and the unfortunate legacy of the seafaring Blood family. With its 999 Happy Haunts, the Haunted Mansion ride opened at Disneyland in 1969 and has been updated over the years, more recently with a Nightmare Before Christmas holiday overlay. This and his Pacific Rim monster mash are the projects that del Toro left the Hobbit director's chair for.

Hurry back! Be sure to bring your ... DEATH certificate. 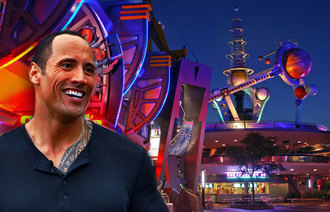 Inspired by Disneyland's Tomorrowland zone, this was first reported in 2008 as a vehicle for Dwayne "The Rock" Johnson, to be produced by Disney and Mayhem Pictures (The Game Plan). The Hangover screenwriters Jon Lucas and Scott Moore were hired to write a sci-fi adventure from an original idea. (Remember those?)

While not based on a particular ride, it's certainly designed with flavors plucked from Space Mountain, the old Mission to Mars and even the Star Tours attraction. The script is a family-friendly space opera with funny, futuristic tones, but this project seems temporarily marooned in a development nebula. Its fish-out-of-water plot has modern-day test pilot Rip (The Rock) transported 350 years into the future while testing a new concept plane. The future is a bright, fantastical place where every gadget or device is much more amazing than you'd expect. Stranded, Rip must figure out how things work, causing people of the future to believe Rip is a villain trying to destroy Earth. 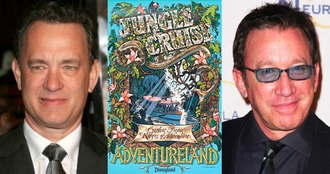 Another old project resurrected after the stunning success of the Pirates franchise. Jungle Cruise teams up the talents of Toy Story heroes Tom Hanks and Tim Allen for a live-action big-screen adventure on the Rivers of the World.

Hanks is attached to play a family guy on vacation in Africa, while Allen plays a tour boat skipper. Screenwriter Robert Schulman (Shrek, The Jungle Book 2) is at work on the script, based on one of the original Disneyland attractions, taking Adventureland visitors into the rainforest since 1955. The river guides' bad puns and jokes have always been part of the ride's popularity, and expect that element of witty humor to be infused in the story. Mandeville's David Hoberman and Todd Lieberman of The Fighter are set to produce. Filming is planned for a mid-2012 start.

No word on whether the film will feature the ride's head-hunting "Lost Elvis" tribe. 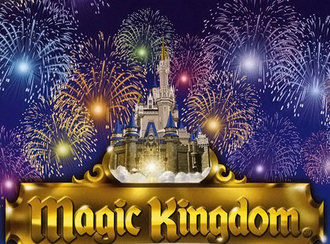 This ultimate theme park film actually takes place entirely inside Disneyland, with EVERYTHING manifesting itself a la Night at the Museum. Disney scored Jon Favreau (Iron Man, Cowboys & Aliens) to direct this monster-budgeted family adventure, featuring the Pulitzer Prize-winning pen of writer Michael Chabon. Chabon recently worked on Disney's Snow White remake, as well as the Mars epic John Carter. Battlestar Galactica's Ron Moore wrote the first draft of Magic Kingdom but was taken in a different direction once Favreau and company came on board.

The story is of a family caught in Disneyland after dark with all the attractions coming to life. Cool! Favreau plans to incorporate aspects of the park's 50-year history into the film, as it's a place he and his family love to visit. Even the churro carts.


Okay, are your feet tired? What's your take on the latest trend to mine more of Disneyland's cherished attractions for Hollywood's dream factory? Another Pineapple Whip?