Tag: Indiana Jones and the Kingdom of the Crystal Skull
Tag: Waterworld

CGI runs hot and cold. Good CGI can make a billion dollars for a film with a plot that rips off Dances With Wolves. But bad CGI can completely turn the viewer off to the entire movie. So experts devote countless hours to making each little CGI thing look perfect.

And some of those things are downright strange. Here are six bizarre examples of computer-generated imagery that someone actually devoted years toward perfecting. 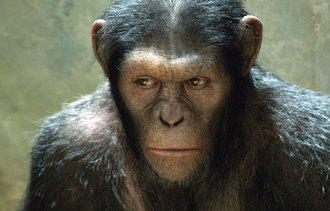 Hitting theaters this week, Rise of the Planet of the Apes features an all-CGI star. Peter Jackson's Weta studios was put in charge of the project. Jackson had the sense to realize that the videogame-looking ape in King Kong was pretty goofy. So when it came time to make the classic character Caesar and his fellow primates, Weta hired a computer graphic hair expert, Eitan Grinspun. Yes, there are people who base entire careers on modeling individual strands of animal hair. Or at least there's one person.

Grinspun has an impressive bevy of hair-related skills. If filmmakers want hair singed, twisted, matted, coiled or soaked, Grinspun is the guy. No idea why Weta would need all of these tools; Caesar must be taking a real beating.

Our Much Simpler Solution

Use dolphins instead of apes.

Dolphins are balder than Donald Trump. No need to obsess about every single hair anymore. Producers can call it Rise of the Planet of the Dolphins, or they could just keep the title the same and be incongruous like Troll 2. Either way, it should feature a dolphin jumping out of the ocean to take down a helicopter. 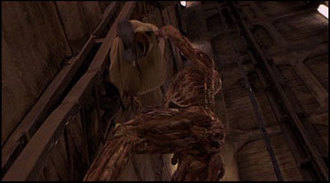 At the risk of making stereotypes based upon appearance, you can't really trust an invisible guy. From the original Griffin in H.G. Wells' Invisible Man to Hollow Man, the minute a scientist is rendered invisible, they do all sorts of nasty, murderous stuff. Being a female tech assistant in an invisibility experiment is a risky endeavor. 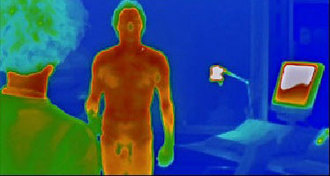 Another risky endeavor is being the team who has to make sure Kevin Bacon's Hollow Man penis is fully rendered. Otherwise the movie won't seem real: filmgoers will ask "Where's his penis?" and be totally taken out of the movie. In fact, this has the opposite affect of simulating reality, in that we can't help but thinking everything in the movie is a penis. 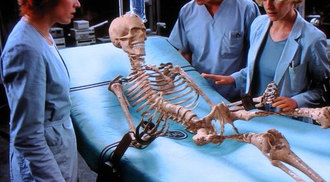 What is that? Is that a skeletal penis? We have no idea if those even exist. All we know for sure is that turning Google Image Safe Search off, then searching for "hollow man penis" was a really bad idea.

It's not that far-fetched. Have you ever noticed that, when the Incredible Hulk gets huge, that tiny area covered by his shorts stays about the same size? It makes us wonder just how "incredible" the Hulk really is. Had the Hollow Man director had control of a Hulk film, then Bruce Banner would be smashing the streets naked. Everyone would be in danger of getting the business end of Hulk's green monster. 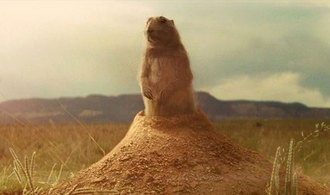 Indiana Jones and the Kingdom of the Crystal Skull is known for having some poor-looking CG effects. But many times those effects are necessary. What makes the gopher so unusual is how it doesn't need to be computer-generated at all. Many fans have blogged about how the filmmakers could've just used a real gopher, thus eliminating the need for a cheesy effect. Also, did anyone else expect Bill Murray to throw a grenade at the gopher? 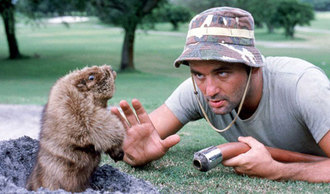 We kept waiting for the plot twist where Indy must negotiate a large series of garden tunnels. Then the bad guys put a hose in the hole and turn it on, forcing Indy to escape the rushing wall of water. Maybe they'll put it in the next Indy movie. Although, at his age, Indiana Jones should consider changing his name to Florida.

Oh, sure, we could just say "film a real gopher," but what if its hairs don't clump right? We need the ultra-realistic power of a computer simulation to ensure that the gopher scene looks real and that we don't get drawn out of the film until, like, two scenes later.

Deer Getting Run Over 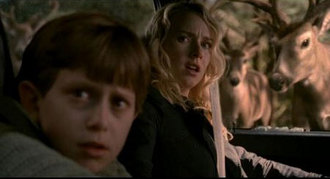 This is from The Ring Two, 2002's second-best film that contained the word "ring." In what starts out as a really creepy tribute to The Birds, Naomi Watts and that kid-with-the-huge-head are surrounded by a bunch of deer. But then the deer interact with the car and things start to look out of place. 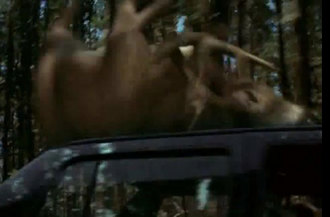 Of course, one thing Hitchcock's birds never did was try to crash head-on into a speeding car. We wonder if Aquaman has the same problem: He orders a school of swordfish to attack a boat, and they all start jumping on deck and flopping around.

Film it at night.

The creepy part where the deer slowly surround the car looks okay. So if this were a night scene, Naomi Watts could flip on her headlights, freezing all of the deer in place. Then she just drives away from the Forest of Angry Dumb Deer, probably into another plot twist that makes no sense. 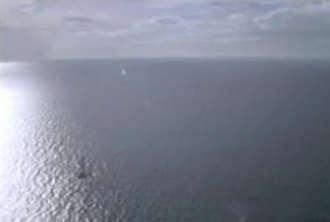 This falls under the category of "just go film the real thing, doofus." In 1995's Waterworld, a computer-generated ocean looked believable, but couldn't compare to a simple helicopter shot of the genuine ocean. The fact that this movie spent over $100 million but used inferior CGI for the ocean background shots is a testament to why it wasn't well received. 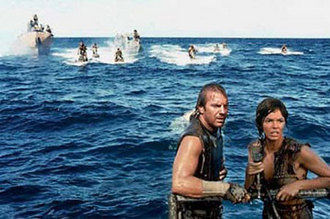 Not to mention they had a huge seawater set to film everything, so why add the CGI nonsense anyway? A fun rumor about this production is that Kevin Costner ordered his hairline to be made thicker using computer-generated technology.

For 175 million 1995 dollars, the producers could probably have just filled the Grand Canyon with seawater, or something, and had a more realistic-looking set.

While computers are not yet able to render him a personality, Nicolas Cage benefited from a digital makeover in Ghost Rider. We've got to say that this "improvement" doesn't look good on Cage. It has to be realistic—everyone who rides a motorcycle all the time has action-figure abs, even fat bikers.

Here it just looks like Ghost Rider is using every single muscle to finish a difficult bowel movement.

The man's body of work intermingles the occasional solid film with mind-bogglingly awful flicks (The Wicker Man). Was his 43-year-old saggy body really the best choice for this role, in a land where there are thousands of ripped younger actors? At the very least, just keep the leather jacket on rather than showing some really creepy, plastic-looking abs.

If the ice caps melted, would our world really look like Waterworld?
53 thoughts we had while watching Waterworld

Due to the difficulty of re-creating the human and animal forms, CGI experts must devote their lives to specific, sometimes weird body parts. It can lead to breathtaking cinematography, which is more than worth the effort. Although, frankly, we'd rather not have known that, somewhere, there is a person who is an expert at retouching Kevin Bacon's penis.