The new four-hour documentary Never Sleep Again unveils some of the behind-the-scenes stories from the cast and crew of each film and the Freddy's Nightmares TV series.

We watched the documentary and spoke with some of the original victims, er, stars of the series at a signing at the Dark Delicacies bookstore in Burbank, Calif., over the weekend, and we learned a few things.

Original Nancy Heather Langenkamp produced, narrated and appeared in the documentary. Stars of Nightmares 2, 3, 4, 5, 7 and Freddy vs. Jason were at the store, greeting fans and sharing their Nightmare memories. Here are the highlights. 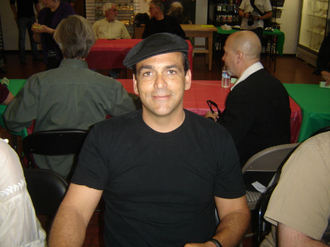 Before he was Iron Man, Robert Downey Jr. was friends with actor Robert Russler. They played the bullies in Weird Science who dump slushies on Gary and Wyatt. Downey actually gave Russler a ride to his audition for A Nightmare on Elm Street Part 2: Freddy's Revenge. Probably not in a limo. "Yeah, he drove me to the audition to Nightmare on Elm Street 2," Russler said. "I just think that I'm lucky. I think that I'm blessed."

2. Peter Jackson had an awesome idea for Freddy's Dead

The documentary discusses an early pitch for The Final Nightmare by Peter Jackson himself. He imagined a world where Freddy was a joke and the kids of Springwood would take sleeping pills just so they could go into their dreams and beat up on Freddy. Why didn't they go with that idea? Well, New Line Cinema executive Michael De Luca wrote his own script that became Freddy's Dead: The Final Nightmare. 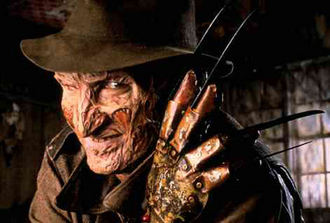 One thing that was important to Langenkamp was to let fans know the whole story behind Freddy's trademark glove. Nightmare 1 mechanical special effects designer Jim Doyle gives details about building the finger-bladed glove, and in the bonus features you'll see new craftsmen build their own (without sharp blades, of course.) "Talking to Jim Doyle, to me people will never be able to properly thank him for creating the Freddy glove," Langenkamp said. "What an amazing prop that was. The things that people like Jim Doyle added to our movies have never really been outlined for the public. People have never really been able to really listen firsthand to how some of these elements were created and the inspiration behind them."

4. Where you can finally buy the song from Nightmare 4 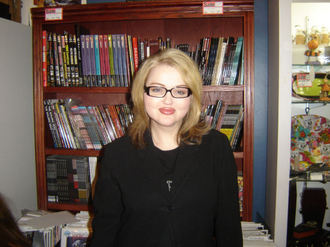 A Nightmare on Elm Street Part 4: The Dream Master opens with a rockin' song, "Nightmare." If you rushed out to buy the soundtrack on cassette tape in 1988, you would've been really disappointed that the song isn't on there. Tuesday Knight, who played Kristen in the film, recorded the song for the movie. She's happy to provide her contact information to anyone who finally wants to own the theme song. Just write her at tsdyk@aol.com (she gave us permission to share her e-mail). It'll run you about $15, less than a dollar per year since we've been waiting. "So many people requested it," Knight said. "I wrote it the day before they went to post-production, so I was taken advantage of big time." 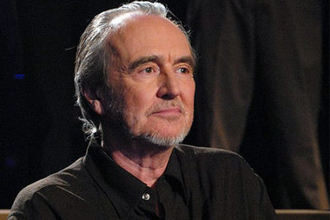 Wes Craven's New Nightmare was a bit ahead of its time, a meta-narrative in which a real-life Freddy goes after the folks who made the original Nightmare films. Craven played himself in the film as the script he was writing unfolded before Langenkamp's eyes. In the documentary, he reveals that an early version had Craven so terrorized by Freddy that he cut his own eyelids off to stay awake and finish writing. Craven opted for a simpler scene in the comfort of his home, without eyelid effects.

6. The original Freddy, Robert Englund, messed with his co-stars 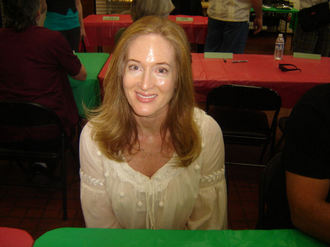 Kim Myers told us how Englund would mess with her on Nightmare 2, which marked her first film job. "I was doing my best to not see him before we actually had to film," Myers said. "I remember the day I was on the set and I was reading my script. I was engrossed in what I was doing. A normal hand kind of reached over my shoulder and said, 'Hi, Kim. I just wanted to introduce myself.' I didn't know who it was until I looked up, and it was Freddy. It wasn't Robert, it was Freddy. He was in his full makeup. I was kinda mad because I didn't want to see him, because in person the actor is just a sweetheart." Myers may be one of the only women who knows what Freddy's skin really feels like. "I kissed him at the end of the film, so I did get to touch his face. It was disgusting and gooey and slimy and all those gross things." 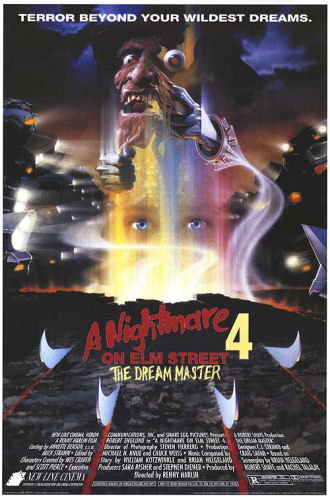 Considering the caliber of its authors, it's surprising to hear that Nightmare 4: The Dream Master was largely improvised. Oscar winner Brian Helgeland (L.A. Confidential) co-wrote a draft before the writers' strike of 1988. Then director Renny Harlin had to shoot without any revisions.

Brooke Theiss, who memorably turned into a cockroach in her death scene, recalled some of the improvisation scenes. In one, the entire cast shot home video scenes, which would play mournfully in the background after a few deaths. "All the home video, it was just 'Go,'" Theiss said. "It was like we went to a park and he said, 'Just go.' There was a lot of stuff that Renny Harlin just did off the cuff. The stuff when we were shooting at the water fountain, and it's all playing in the background of the television, none of that was scripted, so there was a lot of fun improving stuff a little bit like that." 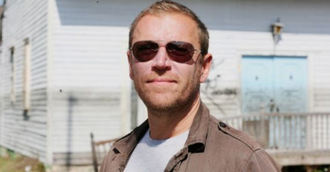 In the bonus features of Never Sleep Again, various actors from Nightmare 4 suggest that director Renny Harlin and actor Tuesday Knight had an affair. Some even say it led to bad feelings on the set. Since Harlin later married one of his actors, Geena Davis, it's easy to imagine how such rumors spread. Harlin and Knight of course deny any tryst. "There's been so many things said about so much, down to the fact that Renny and I had an affair and all this kind of stuff," Knight said. "I don't know, I think because we got along so well. I liked him, and I was around him a lot. When he was shooting, I watched him do other stuff as well. Now that I look at it, I can see why people thought that."

Never Sleep Again comes out tomorrow; buy it at the official site and get an autographed poster.

For the latest sci-fi news, follow us on Twitter at @scifiwire
Tag: Heather Langenkamp
Tag: A Nightmare on Elm Street
Close Search Return to SYFY homepage.