When Doctor Who returns this Saturday on BBC America, it's going to be the biggest change in the show since it was re-launched in 2005. Sure, the Doctor has already regenerated once since then (from Christopher Eccleston to David Tennant), but at the time the man behind the show, Russell T. Davies, was still at the helm and companion Billie Piper stuck around, which provided some continuity. With this season's premiere, "The Eleventh Hour," everything is new: from Doctor (Matt Smith) to companion (Karen Gillan as Amy Pond) to executive producer (revered Who writer Steven Moffat).

What does that mean for the series? Will fans still recognize their favorite show? The TARDIS, the Doctor and the sonic screwdriver are all there. But an all-new team naturally means all-new ways of telling stories. After screening the episode and interviewing Smith, Gillan and Moffat earlier this week, I present seven key ways Doctor Who will change this season—beyond the obvious. 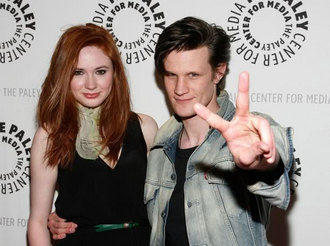 1. The show is younger and sexier

Matt Smith is 27 years old, the youngest actor ever to play the Doctor. And he does so brilliantly, conveying the confidence and experience of a Time Lord aged 907. At the same time, he's not afraid to use his limber frame literally to bound over obstacles or smash through the occasional window. The BBC promos even show him punching someone in the face and brandishing a gun later this season— things that the Doctor almost never did in Who of old. If this Doctor could have a middle name, it would be "action."

At the same time, Karen Gillan is only 22 and, in a word, stunning. Her entrance in the premiere is the most blatantly sexy introduction for a companion since Peri in the '80s. While this could easily have been mishandled, Moffat's script and Gillan's performance pull it off. The show definitely isn't afraid to use its regulars' youth to its advantage. 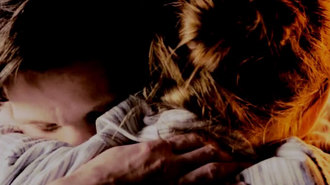 2. The Doctor isn't a loner anymore

The end of Tennant's run as the Doctor saw him traveling alone, which was an interesting choice thematically, leading the character to a darker place and a dangerously inflated ego. But even before that, both of Tennant's main companions—Martha Jones and Donna Noble—had to convince him to let them join in his adventures. With his new, younger face, the Doctor has less of an entitled attitude, dismissing his earlier reclusive ways and inviting Amy to travel with him with enthusiasm. It's a welcome change and sure to resonate with fans and newcomers.

3. Sexual tension is back

Perhaps the Doctor was so quick to invite Amy into the TARDIS because he fancies her? That's unlikely, but considering the sexually charged scene in the premiere where the doctor takes his clothes off while Amy watches, the reverse is almost certainly true. If you liked the semi-romantic overtones of the Eccleston/Tennant/Piper era, this promises to be just as interesting. 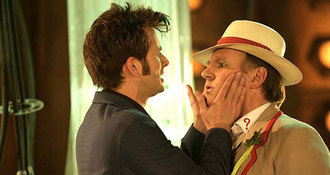 4. More stories will use time travel as a plot device

In just the premiere, the Doctor travels to three different time periods of the same location. In recent years Doctor Who certainly hasn't shied away from using time travel within a story (as opposed to using it to simply get to that story), but if you look at the stories that did it well ("The Girl in the Fireplace," "Blink"), they were written by the new head honcho, Steven Moffat. Also, when interviewed, Smith let something slip when asked about the finale:

"Episodes 12 and 13 are truly inspirational pieces of TV. For Steven, I think they're the best thing he's ever written. And the way he plays with time is quite extraordinary." (emphasis added)

Hardly definitive, but look for creative time twists in the coming weeks.


5. The sonic screwdriver, TARDIS interior get a makeover

The TARDIS set has been completely revamped for this season. While it wouldn't have hurt to use more bold colors (the prevailing ones are still orange and green), the floor and console look pretty spiffy, with glass and tubes that give it a slightly more modern look. The Doctor even gets a new sonic screwdriver to match the decor, though that's probably just so the BBC can sell more toys.


6. The opening titles are different… unfortunately

Murray Gold has done the theme music for the show since its return in 2005. This one (his third take on the classic theme) is by far the worst. The first part (the "drumbeat") is virtually unrecognizable, and the title sequence has tons of over-the-top lightning effects. The new logo is actually pretty cool, though. 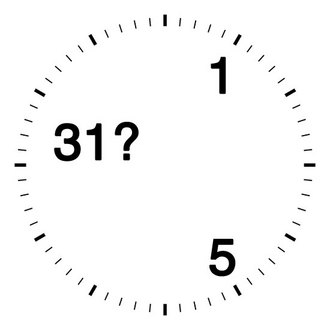 Faced with licensees who wanted to reduce their investment in the show because it's now at season five, Moffat told them that this season was either "Series 1" of Matt's Doctor or "Series 31" of Doctor Who. The plan worked — investment wasn't reduced — though it kind of leaves us wondering how the series should be numbered from now on. Curiously, Moffat admits to calling the current season "Series 5" at the office, but he calls the next season "Series 2." We're confused.
For the latest sci-fi news, follow us on Twitter at @scifiwire
Close Search Return to SYFY homepage.