7 demonic Lovecraftian films so eldritch they could drive you mad

H.P. Lovecraft is a master of horror and the macabre—some would say THE master—so it makes sense that Hollywood would attempt to bank on his stories' ability to get under our skin and make us fear every imagined skitter or fleeting shadow.

Though it's difficult to twist his tales into full-length movies, here—for the 25th installment in our 31 Days of Halloween series—are seven films that showcase the darker side of the human mind and give rise to the things nightmares are made of. 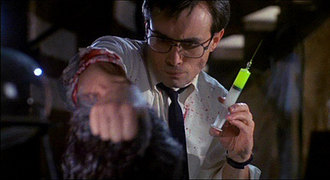 In a story based on Lovecraft's tale "Herbert West—Reanimator," Dan, a medical student, reluctantly takes in a weird transfer student as a roommate. It turns out the roommate—Herbert West—has discovered how to reanimate dead tissue and has come to Miskatonic University to continue his experiments. Sure, this doesn't go so well, but Herbert's not going to let a few horrific failures or a real creeper of a rival stand in the way of Science. Just a note: If you don't like gore and/or nudity, this movie is not for you. Seriously. There are naked zombies. 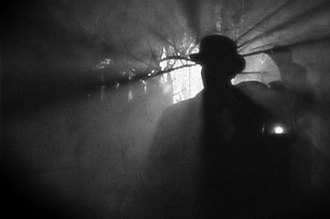 Despite being the newest movie on our list, this is a silent black-and-white film based on the short story of the same name. It's a rather brilliant move, as the claymation landscapes created come across as otherworldly and not a little terrifying. Our unnamed narrator recounts his and his great-uncle's investigation into mysterious events that took place in 1925 and seem, somehow, to be related to an obscure cult and the Old One they worship. This adaptation is about as close as you can get to actually being in an H.P. Lovecraft tale. 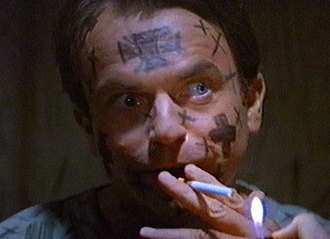 John Trent has been asked to locate missing horror writer Sutter Cane. No one's seen him in months, and people are starting to go a little crazy—okay, an ax-wielding lot crazy—waiting for his last book. Trent and Sutter's agent head out to locate the supposedly fictional town of Hobb's End. Reality begins to bend around them, and when they do find Hobb's End and Sutter Cane, the line between reality and fiction begins to fade around them, if it ever existed at all. Though not directly based on one of Lovecraft's stories, it relies heavily on his mythos, and Sutter Cane can be seen as a stand-in for Howard Phillips Lovecraft himself. 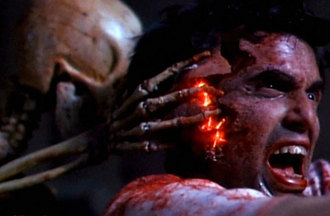 Claire Ward has hired private investigator John Marsh to figure out why her husband, Charles Dexter Ward, has been acting so strange lately. Based on "The Case of Charles Dexter Ward," it all started when Charles received word he'd inherited an old farmhouse and some old papers from some obscure relative. Soon he's up all night, doing grisly experiments in the carriage house, and later he moves into the farmhouse, cutting off contact with his wife. What is he doing with his odd shipments of blood and dead bodies, if it's even him at all? 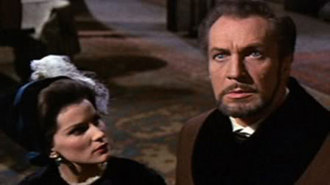 Don't be confused by the "Edgar Allan Poe's" misnomer—this movie is, like The Resurrected, based on Lovecraft's "The Case of Charles Dexter Ward." Charles Dexter Ward arrives in the village of Arkham to take possession of an old castle owned by his ancestor. The townspeople are not happy to see him. You see, they accused said ancestor of being a warlock and burned him to death a hundred years previously. The ancestor cursed them and threatened to come again. Now there are dark secrets in the heart of Arkham, and sometimes evil just can't be stopped. (It's also interesting to compare this to Resurrected—same basic tale, completely different movie.) 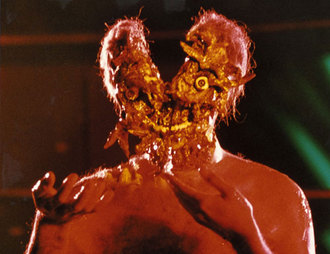 Based on the Lovecraft story of the same name, Crawford Tillinghast has been locked in a psychiatric ward because of his seemingly insane story of how his mentor died. They'd been trying to stimulate the brain's pineal gland, convinced it was the key to extrasensory perception, but instead they found that it allowed them to see terrifying creatures normally invisible to us, and more worryingly allowed the creatures to see them as well. Forced to re-create the experiment to prove his sanity, things only get worse (and a lot slimier). This movie is done by the same people who did Re-Animator, so if you liked that, you'll like this (and vice versa). 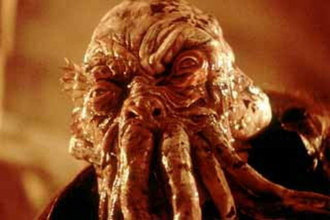 In a modern retelling of The Shadow Over Innsmouth, Paul and his traveling companions find themselves shipwrecked just offshore of a tiny Spanish village. Paul and his girlfriend go ashore to seek help but discover that the town, as quaint as it looked from out on the water, is populated by strange half-fish, half-people who are not interested in helping so much as sacrificing them to their god.