Will Smith and sci-fi go together like peanut butter and honey. His legacy of popular films like I Am Legend, Independence Day, Hancock and Men in Black crown him ruler of the realm, and his fresh slate of projects promises more geek awesomeness to come.

Love him or not, the amiable Mr. Smith has become one of the most bankable assets in Tinseltown's arsenal. Since 1995, 14 of the 19 feature films he's been part of have chalked up more than $100 million in worldwide gross earnings, and four have raked in over $500 million. All told, his movies have grossed a tidy $5.7 billion. No wonder they call him Hollywood's ATM.

He's been absent from theaters since 2008's somber Seven Pounds, but here are 7 of his highest-profile deals cooking, excluding the occasional rumbling of an Independence Day sequel (please no) or Black Panther comic adaptation.

Unless Smith has plans to clone himself soon, it's hard to believe he can accomplish them all. He's only human after all, right? 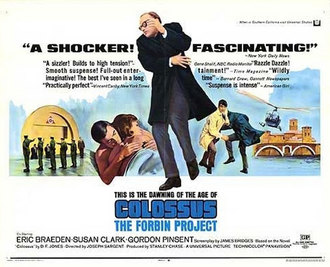 Long before Skynet became self-aware, there was Colossus. Smith is attached to star in this Ron Howard-directed remake of the original 1970 sci-fi classic for 2012. Colossus: The Forbin Project chronicles a genius engineer who created the world's first sentient supercomputer to control America's nuclear weapon systems and exposed the perils of its digital decisions. Jason Rothenberg adapts from the 1966 source novel, Colossus, by D.F. Jones. One of the first ultra-realistic "Computer Goes Postal" films. Better be nice to your iPad. 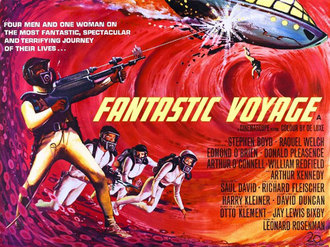 Director Shawn Levy (Real Steel, Night at the Museum) is trying to bag the A-list elephant for this 3-D, James Cameron-produced remake of the 1966 sci-fi thriller. He's aiming to miniaturize Smith to fill the command crew of the microscopic submarine injected into the body of a key diplomat to save his life. Levy originally wanted Hugh Jackman, his Real Steel star, for the film but is now gunning for Will Smith and his magnetic box-office draw. Meetings are set sometime this month. If Levy can't get his Smith fix, he may pass on Fantastic Voyage altogether. 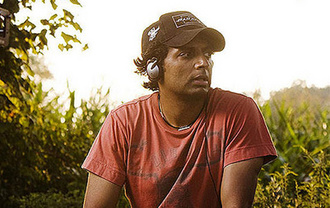 Good news? A cringe-less comeback for M. Night Shyamalan could arrive with this lavish, secret sci-fi project starring Smith and co-written by Gary Whitta (The Book of Eli). Bad news? The renegade M. Night wrote it with him. Set a millennium in the future, the movie will feature Smith and his son Jaden as navigators of a strange and abandoned Earth after their starship crashes. Columbia has selected June 7, 2013, for the tentpole release. Count on this one coming to our galaxy.

THE CITY THAT SAILED 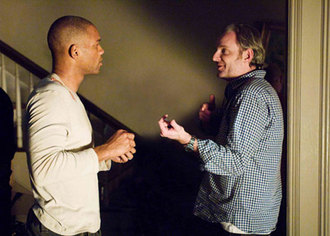 Okay, this is a weird one. Smith and director Francis Lawrence (I Am Legend) are together again for the incredible tale of a New York street magician who sails across the Atlantic courtesy of the island of Manhattan after a wish cast by his estranged London daughter comes true. (We don't make this stuff up.) The oddball fantasy seems straight from the fertile melon of Terry Gilliam, but it was written by Andrew Niccol (Gattaca, The Truman Show). The project originated with Smith's Overbrook Entertainment, with smooth seas ahead. 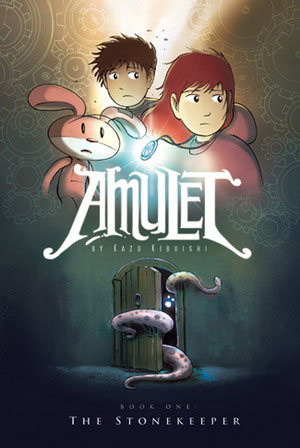 Forgotten worlds, magic charms and a drooling, tentacled beast ... Oh my! Based on the acclaimed graphic novel series by Kazu Kibuishi and written for Warner Bros. by Rob Edwards, who penned Disney's Treasure Planet and The Princess and the Frog, Amulet follows two teenage siblings, Emily and Navin, who must learn the secrets of a powerful amulet to save a fantastical realm. No director yet. Status: In development. Smith is rumored to star alongside his kids, Jaden and Willow. 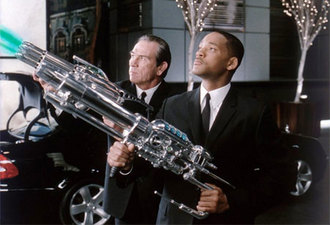 It's been nine years since a Noisy Cricket chirped. Break it out. Agents J and K return next summer for a third MiB outing. Smith joins Tommy Lee Jones and Josh Brolin in a story jumping back in time to save young Agent K and avert a global catastrophe. Filming was set to wrap last month. This sequel has had a rocky re-entry, with multiple script delays, set shutdowns and script rewrites, but is go for 3-D launch May 25, 2012. Barry Sonnenfeld directs for his good buddy Spielberg.

THE LEGEND OF CAIN 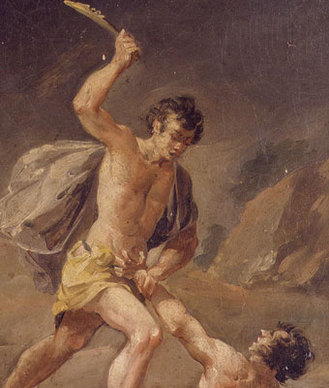 Biblical bloodsuckers, anyone? Smith's project reach grasps the Good Book for a vampiric take on the Cain and Abel story from Genesis. Another Overbrook entree, he's attached to star in a retelling of the infamous homicidal sibling rivalry. Smith is due to produce with his wife, Jada Pinkett Smith, James Lassiter and Ken Stovitz. The bonus thrill is that the script is by Carnivale writers Caleeb Pinkett and Dan Knauf, so expect some paranormal spice and undead vamp action.

Whew, that's a lot of the Fresh Prince lighting up the silver screen. Which upcoming project has you the most excited?