7 things we CAN tell you about Lost's final season

The cast and creators of ABC's Lost met with reporters Tuesday morning to offer up a few spoilers for the upcoming season premiere and the show's sixth and final season, and we've got a full report for you below. (Like we said, spoilers ahead!)

At a press conference Tuesday in Pasadena, Calif., as part of the Television Critics Association's winter press tour:

Michael and Libby are back 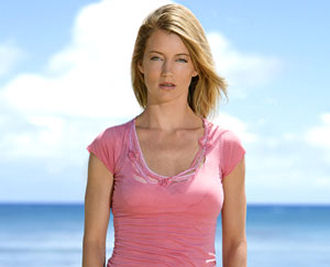 "So, finally, your Libby questions will be answered," Cuse said.

"No, they will not," Lindelof retorted.

The two-hour season premiere will be epic 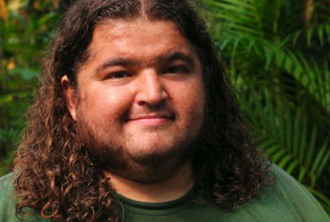 "The premiere is definitely like, what? Wait, let me read that part again," said Jorge Garcia, who plays Hurley.

"The premiere this time felt big, though, too. It felt like a finale," added Josh Holloway (Sawyer). "That scale. Wow."

"I think I had to read it about three times before it actually made sense," said Emilie de Ravin (Claire), eliciting laughter from reporters.

"Not helping," Lindelof said. "Get ready to scratch your heads, America." 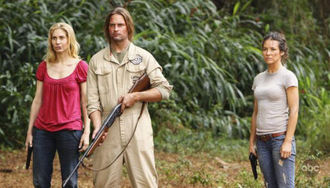 "The season premiere picks up right after the finale," Cuse said. "And we really don't want to say too much about it. We've obviously been very circumspect about the sixth season. ... Primarily because there's this big cliffhanger. Juliet hits this bomb, there's a white flash. What happened?

"Jack and Faraday were postulating that that was going to re-set the clock, and the Oceanic 815 would fly along and land in Los Angeles if she taps that bomb. And something else happens. Maybe they're still stuck on the island. We don't really want to ... give away what the show is going to be this season. ... That's why we've been very circumspect about what we've said and haven't shown any new footage."

The final season won't answer all your questions 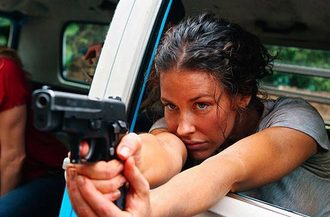 "Obviously, not every question is going to be answered, so obviously some people are going to be upset that these particular questions don't get resolved," Cuse said, adding: "We feel if we just tried to answer questions, it would be very pedantic. Apart from that, we also really embrace this notion that there's a fundamental sort of sense of mystery ... and to sort of demistify that by trying to literally explain everything down to the ... last little ... midichlorian of it all would be a mistake, in our view. So I think there will be hopefully a ... healthy cocktail of answers, mystery, good character resolutions and some surprises." 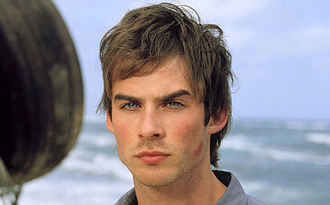 "For us, ... there's an inherent process when you're ending something ... to be thinking about the beginning as writers, and in fact the story of the sixth season very specifically has to go back to the beginning to examine a lot of things. ... When you basically say, 'Here's where our character started, A, when we first met them, and here's where they've come to,'" Lindelof said.

"One of the things that I think we're trying to do—all of us, the actors and the writers as well—in the sixth season is to show the audience the 'before,' so they have some sense of 'Oh, this is what he used to be, and who they are now,' so you really get a sense of how far that person's come. And obviously, the process of doing that—not just thinking about it, but doing it on a story level—really makes you feel like we felt in season one."

"What I actually think has been quite fascinating and a credit to Damon and Carlton and the writing staff is that we're in now the sixth season of our show, and we're again changing, or they're again changing, the narrative style of the show," said Daniel Dae Kim (Jin). 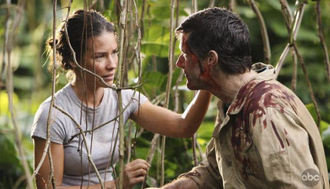 "All we can do is put our best foot forward," Lindelof said. "We do feel like the worst ending we could possibly provide everyone who has invested this amount of time and energy into watching the show is the safe ending. The ending that is basically ... what's going to be the most appealing to the most number of people. At the same point, you can't take a risk just to take a risk, because that's a betrayal in and of itself.

"Fortunately for us, we've been talking about how the show's going to end since [ABC entertainment president] Steve [McPherson] gave us an end date three years ago. So we really have no excuse not to say anything other than this is the ending we wanted to do on the terms that we wanted to do it. ... We've had a lot of time to think about it. ... There's certainly a hope on all our parts that everybody ... universally loves the ending that we put forward ... but I don't think it would be Lost if there wasn't ... an ongoing active debate amongst people who watch the show as to whether or not it was a good ending."

There won't be a sequel series 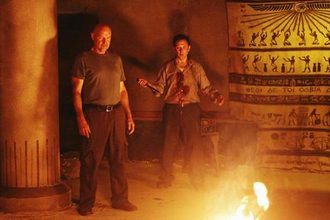 "Personally, I'm just feeling a tremendous amount of gratitude, the idea that ... we're getting to end something ... while everybody still cares, while we still love each other, as opposed to everybody saying it's about time," Lindelof said. "This is a sort of once-in-a-lifetime, once-in-a-career experience; for a show that's still performing for the network to allow us to end it is a tremendous gift."

"We came up with the final image of the show a long time ago, when we were first planning out the mythology of the first season," Cuse said. "And then we started adding elements to that as we went along. And, really, ... between the first and second season was when we cooked the mythology ... and we kind of knew what the endpoint was. But as you move to the endpoint, you add elements. And obviously the end is not yet written. And there are certain ... mythological architectural elements that are intact for that. But a lot of the character stuff will get worked out as we go along."