Fifty years ago today, cosmonaut Yuri Gagarin was strapped into the Vostok 1 capsule and shot upward at 17,000 mph, making him the first human in space. To mark the occasion of 50 years of human spaceflight, here are a few lesser-known facts about the life of the hero of the Soviet Union.

He lived in a Hobbit hole.

And we're not kidding. When the Germans occupied Yuri's hometown of Klushino (now Smolensk Oblast) in November 1941, his family were forced to give their home to a Bavarian officer.

For its birthday, Hubble has cake with several octillion tons of flaming candles on it
NASA extends the Mars helicopter mission, testing it for actual mission ops

According to the BBC:

"They were allowed to stay on their land behind the house, where they grew vegetables," says Ms Yakovleva, pointing to a patch of land that is now fenced off.

"So they constructed a tiny mud hut, where they spent the entire German occupation - a year and nine months."

Here's a picture of it: 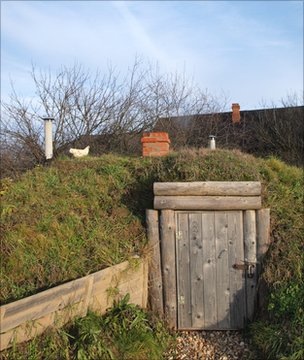 Unfortunately, it probably wasn't as comfortable as the one that Bilbo Baggins lived in.

He may have been chosen for space because of his height.

Of course he was. The Vostok capsule was built for speed, not for comfort—and certainly not for anyone tall. And of the 20 cosmonauts in training, he and Gherman Titov were tapped for the first flight possibly because they were vertically challenged.

Although the first man in space looms large in our imaginations, he was only 5 foot 2. 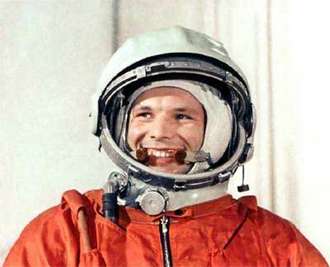 However, there were other factors involved in choosing Gagarin over Titov. Wikipedia says:

Gagarin was also a favoured candidate by his peers. When the 20 candidates were asked to anonymously vote for which other candidate they would like to see as the first to fly, all but three chose Gagarin.

He may not have been the first man in space.

Facts are hard to come by. But conspiracy theories say that Yuri wasn't the first man the Soviets send to space—just the first to survive. These deceased are referred to as the Lost Cosmonauts.

There is actual evidence that the Soviets tried to send humans to space as early as 1958: Not only did a Czech communist official leak stories to the local press, but sci-fi writer Robert Heinlein managed to get in on the space-race action. 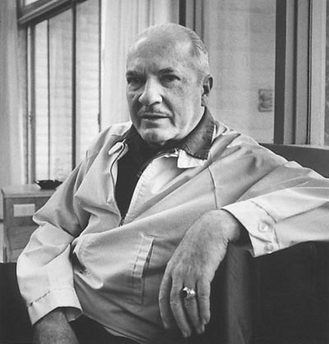 Robert A. Heinlein wrote in his 1960 article Pravda means 'Truth' (reprinted in Expanded Universe) that on May 15, 1960, while traveling in Vilnius, in the Soviet Union, he was told by Red Army cadets that the Soviet Union had launched a man into orbit that day, but that later the same day it was denied by officials. Apparently, no issues of Pravda could be found in Vilnius or, reportedly, other Soviet cities for that date.

And best (worst?) of all, there are the eerie recordings from two Italians, the Judica-Cordiglia brothers, amateur radio operators who listened in on Soviet transmissions.

His flight was three times more awesome than Alan Shepard's.

In 1961, there was a space race going on, and it was an honest-to-gods race to see which country could successfully send a man to space and back. Yuri beat U.S. astronaut Alan Shepard by three whole weeks. 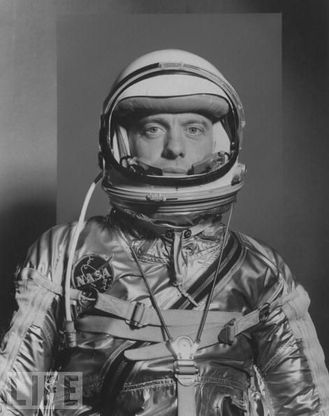 But that's not the only reason his flight was more awesome. Yuri spent 108 minutes in space, while Shepard only flew for 15. Best of all, Yuri made one complete orbit around the Earth. Shepard just went straight up and down.

Of course, Shepard's flight was better in one regard: He had some control over his capsule, while Yuri was just a passenger.

He never flew across the United States.

We can't find any information about the reasons behind Vostok 1's flight path, which avoided North America completely and only crossed South America at the southernmost tip.

Call us crazy, but we're wondering if it had anything to do with Cold War paranoia.

Oh wait, it wasn't just paranoia. According to the Telegraph, "John F Kennedy was so alarmed by [Gagarin's] popularity that he banned him from entering the United States."

He was banned from flying in space. 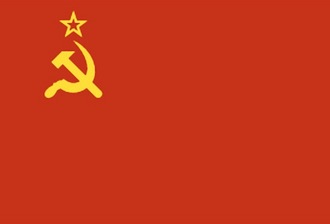 The Soviet Union considered Yuri too valuable to the public to let him risk his life in space again, especially after he served as a backup cosmonaut for the Soyuz 1, the flight that ended in Vladimir Komarov's death.

But they let him re-qualify as a fighter pilot. He died on March 27, 1968, during a routine training mission when his MiG-15 crashed. The Telegraph wrote:

He said Gagarin and his co-pilot realised the cockpit was not hermetically sealed as they were approaching 10,000ft and took emergency action to descend to a safer altitude.

But according to Col Kuznetsov, the two men dived far too quickly and lost consciousness as a result - the plane then ploughed into a forest killing Gagarin and his trainer, Vladimir Seryogin, instantly.

There's a party for him tonight, probably near you. 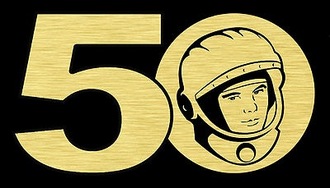 In 2001, George Whitesides, Loretta Hidalgo and Trish Garner decided it would be awesome to have a party to celebrate Yuri's flight. They called it Yuri's Night, and it gained international traction. There are 530 parties taking place on 74 countries on all 7 continents ... and on two worlds.

That's right, two. They're having a party for Yuri right now up on the International Space Station.

For a list of party locations, check it out here.

(Oh, and if you're in New York City, you might want to come to this one.)

Yuri Gagarin was actually not the only hero of the Soviet space program.

Yuri was brave as hell to climb into the cockpit of Vostok 1. But the other hero of the Soviet space program was lead engineer Sergei Korolev. The Guardian wrote, "Gagarin became the face of Soviet space supremacy, while Korolev was its brains."

... developed the first intercontinental missile and then launched the world's first satellite, Sputnik 1. He also put into space the first dog, the first two-man crew, the first woman, the first three-man crew; directed the first walk in space; created the first Soviet spy satellite and communication satellite; built mighty launch vehicles and flew spacecraft towards the moon, Venus and Mars - and all on a shoestring budget. 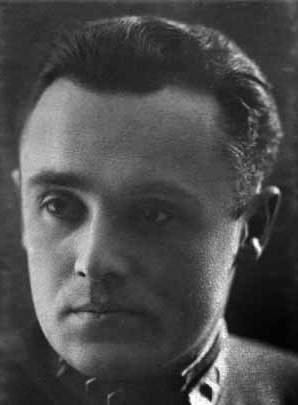 So when you're raising your glass to our first 50 years of human spaceflight, remember to make a toast to Yuri Gagarin. And a second one to Sergei Korolev.