With a budget that's reportedly swelled to well over $250 million (or maybe not), John Carter already has a long mountain to climb if it wants to be deemed a hit. Add in the fact that experts believe it will bomb hard at the box office, and things really don't look promising.

Initial reviews are fairly positive, but who knows if that will be enough to make up for months of confusing, vague trailers that failed to sell the movie? With the opening set for Friday, we'll know soon enough.

But, judging by the long trail of Mars-set flops that litter the cinematic landscape of the past few decades, it could be an arid weekend (pun intended) for John Carter and company.

So how have other Mars flicks fared? 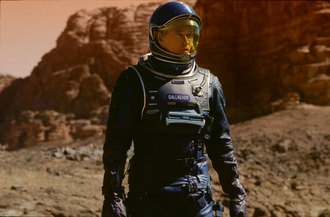 What happened: With a solid cast of Val Kilmer and Carrie-Anne Moss, Red Planet was a hard sci-fi take on a mission to Mars in 2056. Despite a decent concept, the execution was average at best, and the flick bombed at the box office. 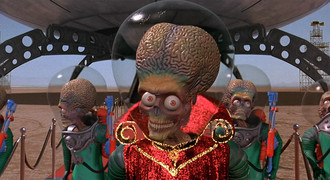 What happened: Tim Burton directed this cult hit starring virtually every actor that was popular in the mid-to-late '90s, which followed a hilarious Martian invasion of Earth. The movie was based on a trading card series from the 1960s that proved a bit too out there for a mainstream audience. The film came out the same year as Independence Day (though they were developed in parallel), and Burton would later say he considered it a "Mad Magazine version of Independence Day." Riding the unstoppable power of Will Smith, Independence Day overshadowed the film in critical and box-office buzz. 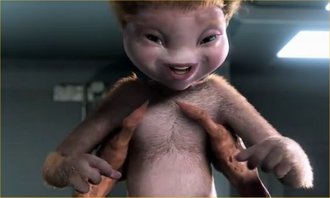 What happened: This one is a cautionary tale for the ages, and is currently considered one of the biggest box-office bombs ever (it's also the reason Disney opted to drop the "Mars" from John Carter's title). This epic flop was the perfect storm of CGI kiddie movie overload, a plot that was too weird and a budget that was just way too high for such an odd concept. The film is saddled with a net loss of $136 million, and would likely have forever scared Disney away from anything related to "Mars" had John Carter not already been in the works. 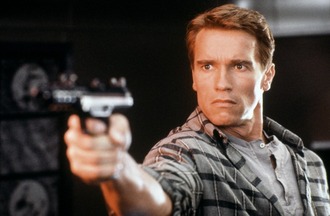 What happened: The exception to the rule. A hit in every conceivable way, this Arnold Schwarzenegger vehicle based on a Philip K. Dick story was awesome, and it lives on as a sci-fi classic. It spawned a short-lived TV series, and a reboot starring Colin Farrell is currently in the works. Ironically enough, it didn't have "Mars" in the title, so maybe that bodes well for John Carter? 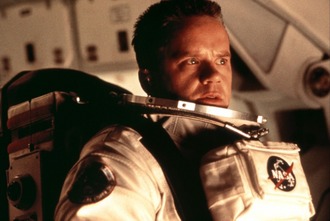 What happened? Released the same year as Red Planet, Mission to Mars was the product of a fleeting bit of Hollywood interest in Earth's big red neighbor. This one also focused on an exploration mission, though it took some weird alien turns at the end that just blew the whole thing off track. Though Hollywood was fired up about Mars, moviegoers were not, and this one also had a crummy showing at the box office. 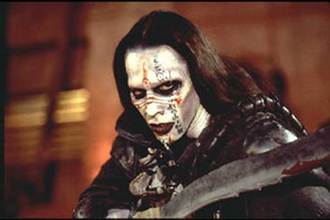 What happened: Horror maestro John Carpenter tried his hand at space sci-fi with the utterly terrible Ghosts of Mars, to absolutely awful results. The movie was ridiculous, and it tanked. Hard. The story took place on a terraformed Mars, where a mining crew accidentally releases the spirits of a long-dead Martian civilization. Don't let the somewhat interesting synopsis fool you. This one just plain stinks. 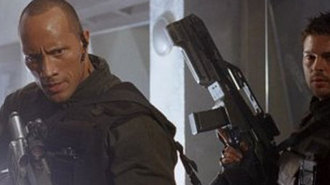 What happened: This should have been awesome. Really, it should have: a big-budget adaptation of one of the greatest first-person shooters ever, starring the Rock and Karl Urban. But it was just awful. Despite the brand recognition, negative word of mouth got around quickly, and its box-office take was blasted with a BFG.

What happened: An '80s remake of a 1950s classic that told the tale of a young boy trying to stop an alien invasion, this one was a quiet box-office dud. It received mostly negative reviews and was even nominated for a few Razzie Awards.