This week we got the news that Roland Emmerich's Universal Soldier—crappy sequels aside—is being adapted for television. It's not a bad idea at all. In fact, it prompted thoughts of other classic (and not so classic) '90s movies that should make the leap to the small screen.

As it turns out, there are quite a few. 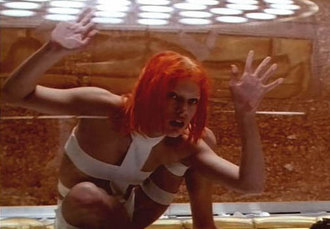 Why We Love It: The Fifth Element has become essential viewing for lovers of sci-fi, not just for its story, but for Luc Besson's frantic futuristic world and the often bizarre cast of characters that includes Gary Oldman as an evil tycoon (with a Southern drawl, no less) and Chris Tucker as a manic radio DJ. Apart from being just plain cool to look at, it's funny, thrilling and full of details that make it perfect for repeat viewing.

The Show: The world of The Fifth Element is so compelling that you could arguably make a series about anything, as long as you set it in Besson's world of flying taxicabs, futuristic apartment living and bright blue opera singers. The most promising area of exploration, though, would be a prequel charting the rise of both Bruce Willis' character Korben Dallas (in his days in special forces) and Oldman's character Jean-Baptiste Emanuel Zorg as he becomes both a very successful businessman and a pawn of the Great Evil. 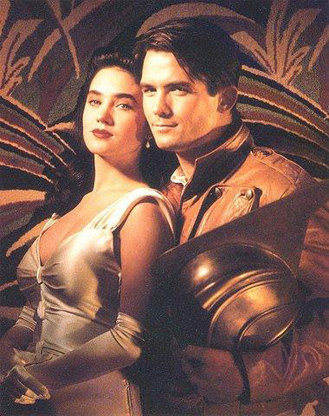 Why We Love It: Despite poor box office performance, The Rocketeer is a cool concept well-executed. It's a period superhero piece, which we don't see enough of (until this year, anyway), and the superhero design is pure Art Deco elegance. Also, there's a jet pack, and you can't argue with the inherent awesomeness of a jet pack.

The Show: No extra bells and whistles, just a straight superhero vigilante show, but set in the late 1930s. Period shows are all the rage right now, which makes the design worthwhile, but it also leaves the show open to be about something more than a guy with a jet pack (though that really is enough). This is the Golden Age of Superheroes we're talking about, the birth of Superman, Batman and Captain America. It's also the age of a world ripping itself apart in a global war. That's definitely enough to work with. Plus, the whole concept of The Rocketeer was based on classic movie serials. This is a TV show concept just waiting for some good cliffhangers. 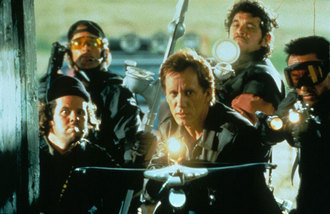 Why We Love It: It's not John Carpenter's best work, but Vampires is fun. It's a very classical idea of the vampire transplanted in the American west, and it's a rare chance to see James Woods kick ass in a leather jacket.

The Show: Though it's a void that Supernatural has filled somewhat, there's still room on television for another monster killing show, especially one that embraces the majesty of the American West as its backdrop. The fact that the vampire hunting team from the film is sanctioned by the Catholic Church could provide a healthy dose of thematic fodder, plus it would be cool to see vampires on TV behaving like monsters again. We've got enough fanged loverboys on the tube right now. 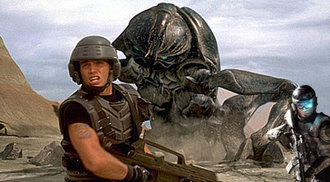 Why We Love It: Paul Verhoeven's adaptation of the classic Heinlein novel was ballsy, ambitious and just plain fun to watch. It managed to be a daring and often controversial social and military satire while still pulling off awesome battle scenes. Also, there are giant killer bugs, and who doesn't love those?

The Show: Ignore the sequels, or even ignore the film itself, and just make a show set in this world. Follow a new class of cadets as they're trained and pushed into battle, then explore how they react. It would take a premium cable network to maintain the often bloody tone set by Verhoeven, but all the military industrial metaphors to be had would be worth it if for the right writers. 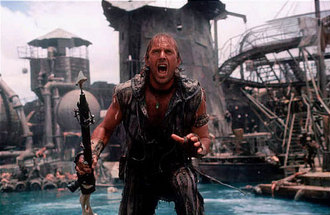 Why We Love It: Well ... we don't all necessarily love Waterworld, but even if you viewed this Costner vehicle as an abomination, you have to admit the concept is cool.

The Show: Costner's character, The Mariner, says that the sea is his home, and even when he finds land he doesn't want to stay there. So now that the quest for land is over, what's there for him to do? Follow his adventures throughout the worldwide seas as he encounters more settlements, pirates and a host of other threats and friends. Or maybe even go all out, set up factions and call it a Waterwar. 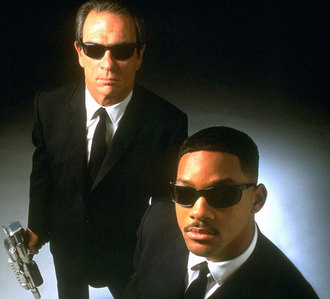 Why We Love It: Here's a franchise that took the somewhat shady concept of federal agents who know everything about aliens and made it both blockbuster-sized and fun. We probably could have done without the raps, but the flick was cool.

The Show: Yes, Men In Black already got an animated TV series, but we're talking about something a little more grown up this time. Either revisit the lives of agents J and K, or (preferably) tackle a new set of agents, Q and R maybe, or G and H. Give them alien threats to fight, jokes to crack and memories to erase. Pepper the thing with dirty jokes and maybe a femme fatale or two, and that's definitely something worth watching. 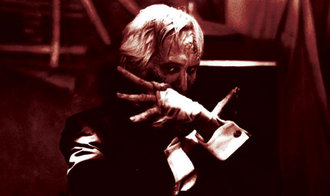 Why We Love It: Guillermo del Toro is a modern horror master, and Cronos is an early effort that proves he was destined for the title. Creepy, bloody and grounded in cool alchemical lore, it's one of the best horror flicks of the '90s.

The Show: Cronos is a little obscure, but its concept is the stuff that great horror shows are made of. The film's characters don't have much in the way of a future, but the idea—an ancient mechanical bug that grants eternal life in exchange for your sanity—is definitely something to work with, as is the setting of a high-end antique shop filled with curiosities, many of which could also hold some kind of curse. We need a good horror show that focuses on the mysteries of antiquity, and an antique shop filled with haunted and diabolical devices is just the ticket. If that doesn't feel right, try it as an anthology series. If it's good enough for The Twilight Zone, it's good enough for this. 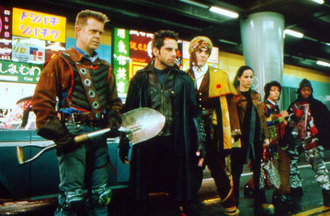 Why We Love It: Superhero spoofs are nothing new. It seems like these days every TV series with even a hint of comedy to it has to have at least one episode filled with Justice League jokes, but it's rare that a story comes along that's both a worthy spoof and an effective love letter to the genre. Kick-Ass was the most recent of these, but long before that flick, we had Mystery Men. How can you not love a movie filled with characters whose powers include deadly silverware throwing, farting and shoveling?

The Show: No need to really alter the premise, just take this superhero team and give them some villains to fight. Embrace the comedy of it all, don't flinch at the silliness, and get a good cast.