8 reasons to fall in love with Chuck all over again

When it comes to NBC's Chuck, if you found yourself, like us, just a tad disappointed through the first 12 episodes by the whole drawn-out "Chuck's a spy/Chuck's not a spy" business, it looks like that's all behind us. The last two episodes, "Chuck vs. the Other Guy" and last week's "Chuck vs. the Honeymooners," proved one thing: Chuck is back big-time!

In fact, we've fallen in love with Chuck all over again, and here's eight reasons why ... well, eight, and a question or two. 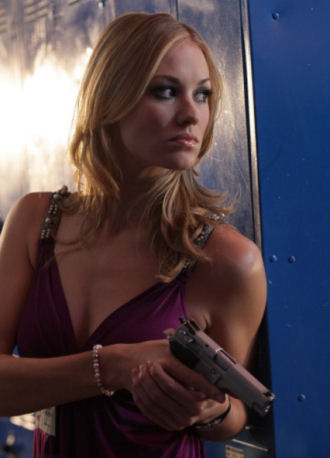 We love Yvonne Strahovski, but the silliness the writers put Sarah through far too often in the first 12 episodes made her mopey and sad. However, she's back in full fighting form, making Sarah so much more entertaining to watch now that she's not weighted down by all that gloom. Love suits her, as does teaming back up with Chuck for some of the most enjoyable fight scenes we've seen in a long time. Nothing spells teamwork like handcuffs!

2. The same and improved Chuck 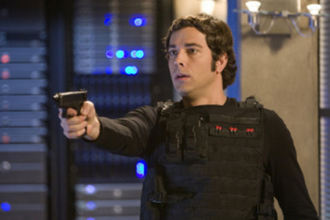 And talk about kicking ass, one of the best lines in a series ever was last season's ending line, "Guys, I know kung fu." Indeed he does, and he knows how to do all the big spy stuff now ... as long as his flashing ability cooperates. But as last week's episode proved, Chuck (Zachary Levi) will always be Chuck, he'll just get better at it. And beyond that, after nearly three years, Chuck's finally got the girl of his dreams, his best friend's his best friend again, and he's a spy. In fact, we adore super-spy Chuck, especially in the hands of Zachary Levi and Chuck's team of writers.

3. Morgan Grimes is the new Chuck 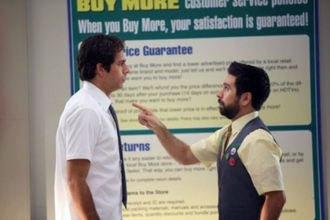 When secrets spilled this season, it did indeed change everything for Awesome (Ryan McPartlin) and Morgan. Luckily for us, the game has now changed in the most delightful ways. We were worried Chuck might become too good of a spy and lose his Chuckness. Well, luckily Morgan Grimes (Joshua Gomez) is on the case. Not only does he add his own much higher level of nerdy klutziness to the mix, he'll also make sure his best bud, Chuck, never completely loses his inner nerd, no matter how good a spy he becomes. That, and, hey, Morgan and Casey as partners are pure gold. At least we don't have to worry about them falling in love.

4. The soft side of Casey 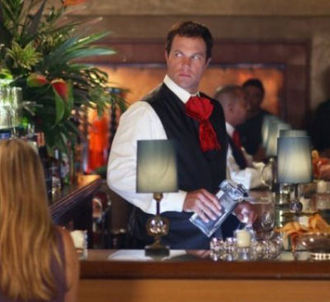 After getting kicked out of the spy biz for a while and taking up a career at the Buy More, Casey's back, and he's as hardass as ever ... except when he isn't. Sure, he helped Chuck pass his final spy test by killing that guy by the train who Chuck was supposed to kill but couldn't. He even handcuffed Chuck and Sarah to drag them back home to face Gen. Beckman (Bonita Friedericy) after they went AWOL. But he was also willing to let them go run off and quit the spy game. But the real proof that Casey's grown just a tiny bit soft in the center is that he was responsible for Beckman bringing Morgan on board Operation Bartowski. Of course, that was after Morgan proved he could be surprisingly helpful on the mission to save Sarah (which allowed Casey to capture the Ring Director and get his job back), but still. Baldwin with a little bit of marshmallow inside his gruff exterior adds just the right balance to "the ultimate spy."

5. The return of Jeffster 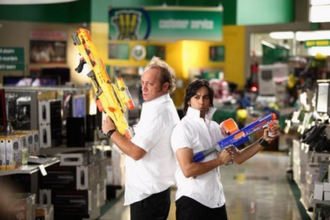 Jeff and Lester are the oddest odd couple on TV, next to Casey and Morgan. The writers creatively involved them in a mission recently, and last week we experienced Jeffster unplugged (well, because they blew an amp) at Ellie (Sarah Landcaster) and Awesome's going-away party. Mostly, though, Jeff (Scott Krinsky) and Lester (Vik Sahay) are the best thing about the Buy More (not that we don't love Big Mike, too). That said, there's been less Buy More this season, and that's OK with us, especially now that Morgan is part of the spy team.

6. The oh-so-long Shaw goodbye is over 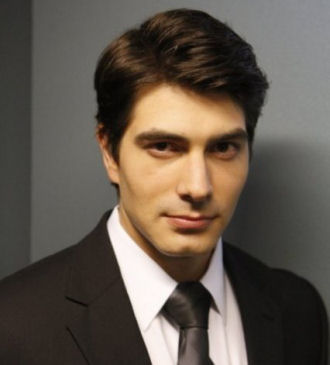 Without a doubt, Shaw (Brandon Routh) was awesome-looking and stiff as a board. But did anyone really think he was going to be a keeper? At least Kristin Kreuk's sweet Hannah gave Chuck a reason to believe he might be able to have a normal life. But those distractions are gone, and now that Chuck and Sarah have decided to come back from their little ... uh ... extended vacation, maybe Operation Bartowski can get back to saving the world and stuff like that. 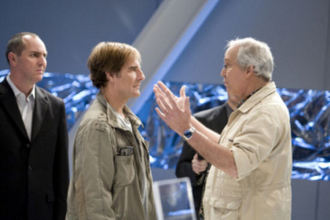 Chuck has a history of employing some great guest stars (like Chevy Chase last year), and there's plenty to look forward to in the next five episodes. Tonight Chuck and Sarah meet a super-spy married couple who hate each other, played by Fred Willard and Swoosie Kurtz, in "Chuck vs. the Role Models." Christopher Lloyd stops in to play a psychiatrist Chuck sees when he starts having bad dreams in "Chuck vs. the Tooth." And Papa Bartowski is back for a few episodes, when Scott Bakula returns as Chuck's dad and the creator of the Intersect. 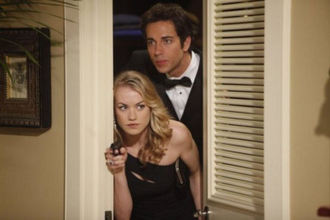 In "Chuck vs. the Honeymooners," the writers were in top form with funny dialogue, great action, excellent pacing and a way to hit the reset button on the series that made total sense ... that is, as much sense as the charming series—about a guy who gets all the government's secrets downloaded into his brain—can possibly make. And then there's Levi, Strahovski, Baldwin and Gomez, an oddball quartet of spies, who are just perfect in their roles.

This episode reminded us what we loved about Chuck in the first place, and we're thrilled to see Chuck and Sarah are together ... finally. Well, that and Morgan in the center of the action. 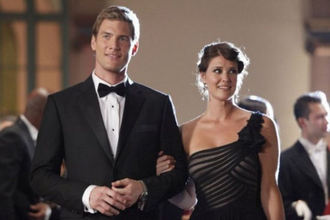 With Ellie and Awesome heading off to Africa to work with Doctors Without Borders, with Chuck and Sarah in a new relationship, and with the Buy More gang in desperate need of a reason to exist, we'll have to see where this will all lead.

While Chuck and Sarah are bound to find bumps in their adventures ahead (including the not-yet-dead Ring), we have the deep satisfaction and bliss of knowing Chuck is once again at its best. Now let's hope it stays there for at least five more episodes.

Are you going to watch Chuck tonight to ensure it gets a fourth season?