When we last left the Fringe gang (and you should stop reading right now if you didn't watch the series' second season all the way to its cliffhanger ending), they were coming back from "Over There," the alternate universe. Other Olivia switched places with our Olivia, leaving our Olivia locked up in a cell by "Walternate" (the Over There version of Walter Bishop). And Peter found out he's really Other Peter, because our Peter died as a kid. Pretty trippy stuff. But it's about to get trippier.

We ran into John Noble and Joshua Jackson at the Fox party for the Television Critics Association fall press tour on Aug. 2. Standing by the midway games at the Santa Monica pier, the stars of Fringe told a group of reporters what's coming up this season.

[And yes, there are *spoilers ahead*.]

You're going to feel sorry for "Walternate" 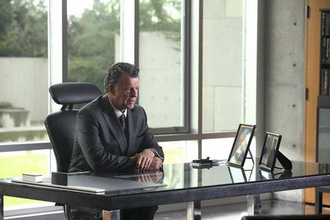 When you met the Walter Bishop from "Over There," he seemed like a real d-bag. You've got to understand, though, our Walter really screwed him over by stealing his son and wrecking his universe.

"I understand why he is like he is, but we've got to get the audiences to understand that as well," Noble said. "At this stage, he may appear to be a bit arch, but he's a man that's family's stolen away from him, so I've got to humanize him. It's a really interesting challenge. It's a brilliant opportunity. Coming from the same place, what happens if you respond differently to circumstances, which is what he does? It's really interesting, and I'm just really keen that even though you're kind of crossed with this iron man, that there are reasons that he's like he is. Somehow to expose those to people, whether they like him or not doesn't matter. At least to understand why he's like he is, that's really important. We'll get there."

Every other episode this year is Over There 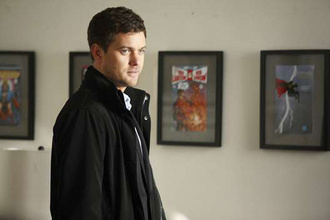 This year we're really going to get to see a lot of the alternate universe, so much so that Joshua Jackson doesn't even work each week.

"We'll spend our time over there where everybody's messing with our Olivia, and then over here we have this crazy double agent in our midst," Jackson said. "One, three, five, seven, nine. Every odd-numbered episode. I'm jealous of that [opportunity], and then on the flip side, it's really nice to have every other episode off. So I have a funny feeling I'll get over it." 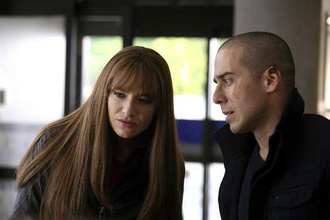 When Other Olivia dyed her hair blond, she came back to our world with Peter and Walter. That left our Olivia behind as a prisoner of Walternate.

"The other one is using Olivia, is using her quite callously as an enemy soldier," Noble said. "He thinks in terms of soldiers, so for him, Olivia is a soldier behind the lines and this one is an enemy soldier to be manipulated as much as possible. So it's a tough relationship. It's much more a wartime mentality." 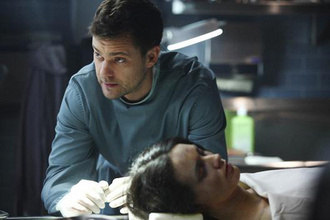 Are you still reeling from the "Peter" episode, like we are? Now that Peter's come back from Over There, Walter's still got to deal with the betrayal he perpetrated. They still work together, but it's tenser than ever.

"We did a scene the other day, this beautiful scene between the two of us that was like two men wanting so badly to touch, but they couldn't," Noble said. "They couldn't. The tension was amazing. It's something we talk about every day. How would they treat each other now? There's still a bond, but he's been duped. Peter's been really badly duped. So where's trust? It's a path that Josh Jackson and I are just treading lightly, trying to find the truth of it with the support of our writers. I don't know, it's almost, you have to think, how would you respond? How would you respond if someone you loved and you'd learned to trust when you trusted no one had been doing that to you? Josh and I are just treading the line, trying to be realistic. You can't go, 'All is forgiven, it's fine.'" 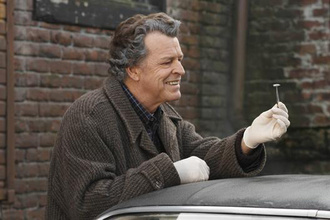 All this plot stuff doesn't mean there's no crazy science. It's still Fringe. Noble is having fun with the weekly creatures they put on Walter's slab.

"It's just second nature," Noble said. "It's the little boy in me. They bring out toys for me to play with, so I do, and they're all prosthetics. They're not real ones." 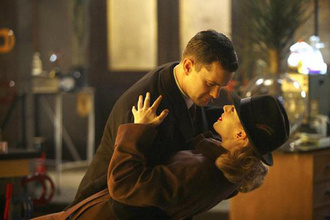 Also, with all this talk about war prisoners and tension, don't worry that this might be a dark, serious season. Walter will still go off on tangents, riffing off the slightest subject.

"There's been obviously funny moments, absolutely," Noble said. "You can't help but have those. In episode two we had quite a few of them. The foil that Walter provides in our show means that even when he's being deadly serious, he's what he is. That's one of the things that J.J. created in the beginning quite deliberately. That's not going to go away, any more than it's lightened up by the reactions that others have to him. The way that Astrid looks after him, for example, is very cute and very funny, and her tolerance for him. So those elements will remain there. We don't want to become a bleak, dank, dark, boring show. I wouldn't want to be involved in that. There'll always be wit in there, I hope. There'll always be humor."

Peter's got plans for Walternate's weapon 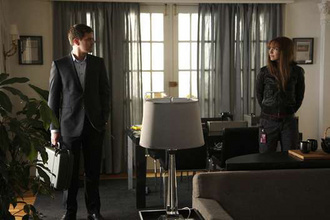 Peter learned that he has a special connection to the weapon Walternate was hiding. Now that Peter's returned to our universe, he's determined to use that power for good and not evil.

"A large part of the reason why he came back, when he was introduced to this machine, the thing, he was told, 'Your fate is to be the thing that makes this weapon go,'" Jackson said. "I have to believe that this thing that is so hard and complex to make has to be more than just purely a weapon. I think Peter realized that Walternate had already made up his mind what the thing is, and he'd never be able to have a chance to figure it out on his own. I think, on this side, he thinks he might be able to change his own fate."

The two Walters will meet, if John Noble has a say 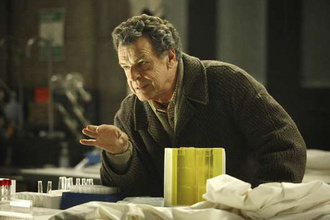 One thing on Noble's wish list is an encounter between Walter and Walternate. We know they can do the special effects, because they had the two Olivias meet. This last one is a maybe, but he's the star of the show, and it's an awesome idea, so they should listen.

"I hope that there will be a clash between the two Walters," Noble said. "There was between the two Olivias, which I thought was terrific. I love the technical aspects. I really do. It's a lot of work, but it's creating magic. It's creating absolute magic. Bear in mind I did Lord of the Rings, which was all scale doubles. To me it's amazing what film can do to create those images."