The annual rite of toy passage—none other than American International Toy Fair—is going on in New York City this week, and as always it provides collectors of every persuasion their first look at what's coming to stores in 2011. And Star Wars fans in particular are getting an eyeful of what's going to be straining their wallets AGAIN.

From the inexpensive to the truly extravagant, Star Wars proves year after year that it's still a licensing powerhouse. However, the quality of all the products bearing the Lucasfilm trademark are sometimes, shall we say, lacking the Force.

Like droids on a mission, we slogged through the aisles and showrooms of this year's Toy Fair and catalogued our own Star Wars-centric Hall of Fame (and Shame) so you can start your gift wish list now. 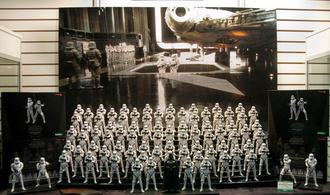 Kotobukiya's ArtFX Darth Vader surrounded by stormtroopers display at their booth totally made us reconsider the decor of our rec room. We've been mulling how much we really need a couch since we saw it. Not only is it attention-getting, but the individual sculpts are fantastic, right down to Vader's chest plate buttons. The 1/10-scale stormtroopers come as a set for $74.99 in March, and 1/10 scale Vader arrives in May 2011. 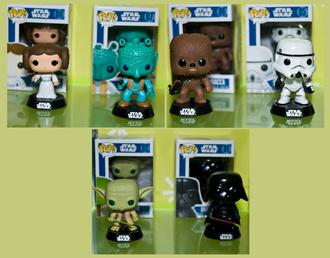 We love any toys or collectibles that take Star Wars outside the box creatively. Funko has created a new line of seven beloved SW characters in their funky, minimalist vinyl mini-figures line, and they're fantastic. Each one comes packaged on a Star Wars logoed base and will retail in a month for around $12.99. 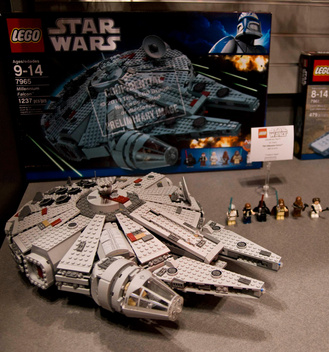 The brick building company has done well with Star Wars, especially in the last few years with the release of their large-scale building sets that allow fans to build LEGO versions of the Death Star, TIE fighters the Millennium Falcon and more. This year, LEGO introduces the mini-scale Millennium Falcon that comes with six mini-figures. For those that can't find space for the full-scale set, this smaller version is just as cool and easier on the pocket. It retails in August for $139.99. 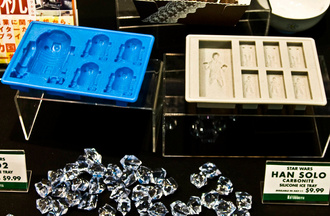 Geeks have parties, too, and it's about time our Cantina-themed soirees had the perfectly shaped ice cubes to set our libations off right. These silicone ice trays each feature one over-sized mold of either R2 or frozen Han and then smaller glass-sized molds. Each will retail in the spring for $9.99. 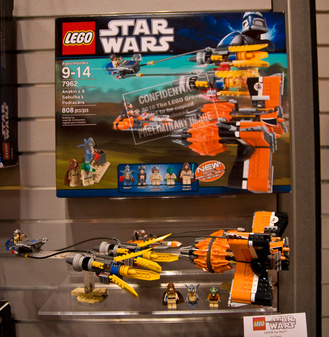 There aren't many Star Wars fans over the age of 10 who look back on the Phantom Menace pod race with much love, but LEGO manages to make that sequence cool again with its Anakin and Sebulba Podracer set. The brick colors are vibrant, and the pod designs are sleek. Just looking at them makes you want to build them ... now! The set includes the mini-figures of Watto, Wald and Obi-Wan. It retails in August for $89.99. 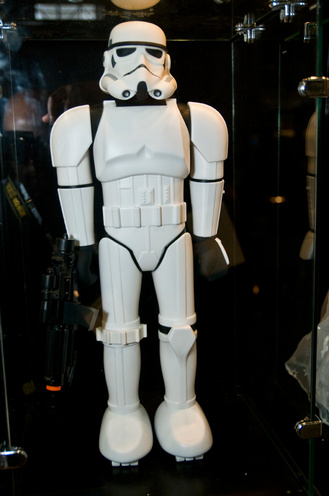 A lot of you may see this stormtrooper on wheels and think we're nuts and it really belongs in the Shame side, but hardcore collectors of Machinder toys will get this oddball inclusion. Last year, Super7 made their first SW-related Super Shogun figure, the 24-inch-tall stormtrooper, and high-end collectors went nuts for it. The good news is that fans can look for the sequel figure, a massive Boba Fett shogun, to appear in 2011. Start saving the pennies now, as it carries a hefty $299.99 price tag. 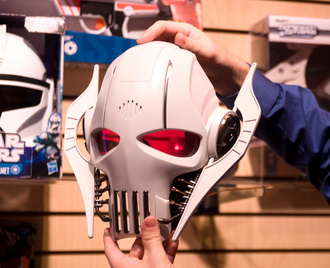 Yes, General Grievous is part leftover flesh and part droid parts, so that technically makes him a creepy badass, but when we see this mask all we think of is that wet wheeze. Who wants to be the kid in the playground game that gets to pretend they have asthma? This mask does come with his voice sounds and is lightweight for play, but General Grievous ... you are no Darth Vader, sir. Available from Hasbro in August for $19.99 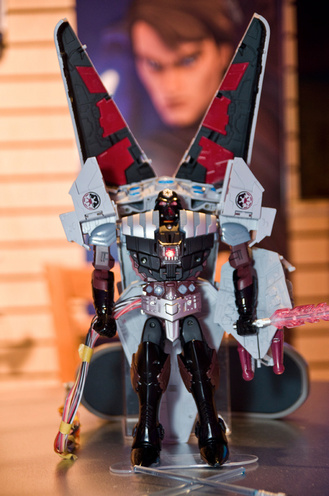 In theory, anything that transforms is cool, but then you have to consider what it transforms into for it to retain the cool (think the movie Big—it transforms into a building?). This figure wins with its transformation from a Rebel Attack Cruiser to a Star Destroyer, but it fails with its other transformation from ... Anakin to Darth Vader. Anakin? Who wants to take the over/under on how often this figure stays in that incarnation? Yeah, we're not taking that bet either.  Available from Hasbro in August for $39.99.

Revenge of the Jedi characters 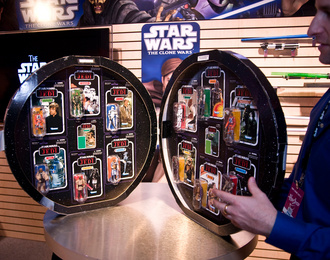 Another entrant in the impressive-until-the-fine-print-emerges category, Hasbro is releasing a set of 10 vintage 3.75-inch action figures on a Revenge of the Jedi Kenner-style blister card. Fans love finding anything that was released with the old title before it was changed to Return of the Jedi, so this is a nice nod to an important moment in the original trilogy's history. However, the 10 figures will be a San Diego Comic Con exclusive, and with the purchase you get two special figures ... wait for it ... a Mouse Droid and Salacious Crumb. Really? Those two obscure characters are the best they could reward fans with for buying a Death Star cardboard holder with action figures inside? Our Vader death grip is starting to twitch.