9 crazy sci-fi movie monsters that are nothing but mouth

One thing about the Kraken from Clash of The Titans: It has a really, really, really big mouth. Seriously: that's the kind of mouth that can devour an extra value meal, and the restaurant you purchased it at, in one gulp, without chewing.

Here are a few other notable big mouths from fantasy and science fiction, by which we mean those that belong to ravenous monsters and not to the people behind the cameras.

Clash of the Titans 3 on the way ... already? Really?
That giant Kraken Liam Neeson released looks like it could be real 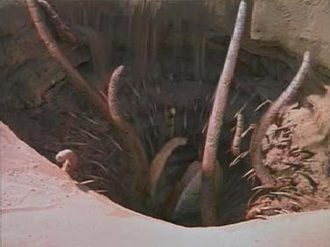 The sarlacc from Return of the Jedi, which functions as Jabba the Hutt's personal garbage disposal for his enemies, is a beast whose digestive process somehow keeps its prey alive and in agony for "a thousand years." It apparently doesn't so much eat you outright as use you for gum.

The monster from the Id 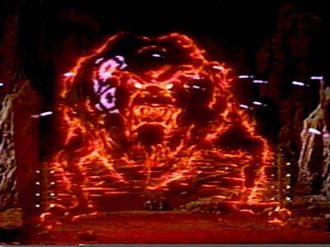 The invisible monster from the Id in Forbidden Planet is—once lit up by its attempt to break through a force barrier—revealed as a kind of walking tantrum with a pie-hole that Robbie the Robot could drive his truck through. 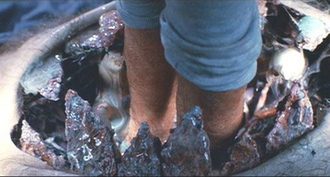 In John Carpenter's remake of The Thing, an attempt to restart this patient's heart goes awry when his chest cavity just opens up to reveal a giant mouth with fangs. All in all, the adage that the way to a man's heart is through his stomach has never been more truly realized. 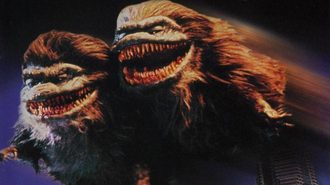 The titular monsters from Critters are pretty much a perfect manifestation of what Mr. and Mrs. Pac-Man would look like if they ever scored the leading roles in a crappy horror movie. (Alas, Inky, Winky, Blinky and Clyde must have held out for too much money—they're nowhere to be seen.)

The villain of The Mummy had superpowers that were pretty much made up as the movie went along, among them this scene, in which he created a sandstorm capable of literally swallowing the protagonists whole. Southern folks be apprised: In this film, the "grits" eat you.

In some scenes, the sandworms from David Lynch's version of Dune look like kielbasa sausages dropped in a giant litterbox. But their mouths are pretty impressive, too: especially in their ability to just swallow up entire desert installations from below. Sandworms appreciate some roughage with their food. 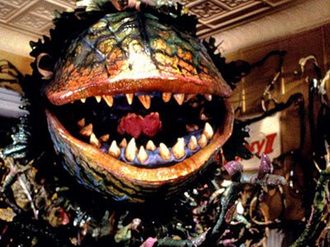 Audrey II from both versions of The Little Shop of Horrors is essentially a ravenous maw that nags you to feed it. As house plants go, Chia Pets are easier to care for and leave you with fewer body parts around the living room. 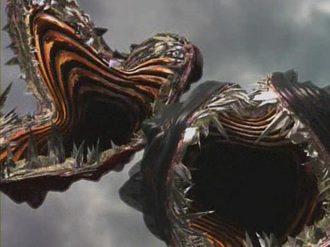 The reality-devouring whatever-they-are from The Langoliers, which have chainsaw teeth and insatiable appetites, are essentially cosmic "scrubbing bubbles," flying mouths in charge of clearing away the universe as it existed one instant ago, so the spanking-new universe can arrive to take its place. Is this really the most efficient system Stephen King's God could come up with? 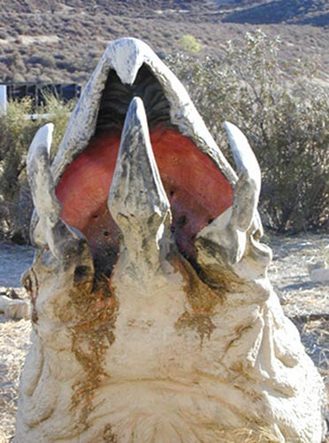 The Graboids from Tremors are smaller but somehow even stranger Dune sandworms whose hungry mouths come equipped with tongues that have smaller, grabbier mouths of their very own. Freud would have loved this one.