As far as we're concerned, there's nothing scarier than a clown. There's something about face paint, a red squishy nose and oversized shoes that gives us the heebie-jeebies. That's why we're devoting the eighth of our 31 specials for the 31 days of Halloween to the top 10 coulrophobia-causing clowns.

Check back tomorrow to meet the most chilling children in horror movies!

The It house was actually a creepy haunted house IRL, too
WATCH: Stephen King's bio in 2 minutes 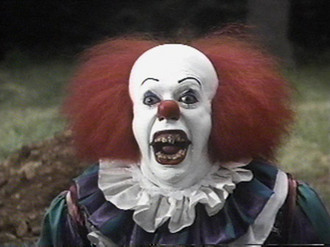 Stephen King is a bad bad man. A talented writer, sure, but I blame his book It for giving me the sweats whenever the Big Apple Circus performs on The Today Show. The novel, which is the story of a child-killing entity in the shape of a clown, was made into a TV movie starring Tim Curry. (Also notable ... Curry had a painted face as Dr. Frank-N-Furter in The Rocky Horror Picture Show. Totally different effect on me.) 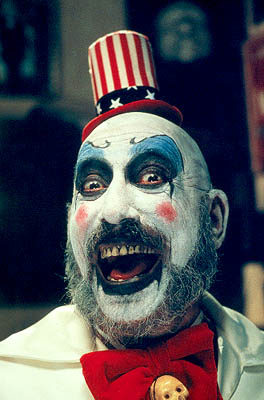 Sid Haig portrayed the fried-chicken-cooking evil clown in Rob Zombie's horror films House of 1000 Corpses and The Devil's Rejects. Haig was also seen in an episode of The Flying Nun. Scary for other reasons. 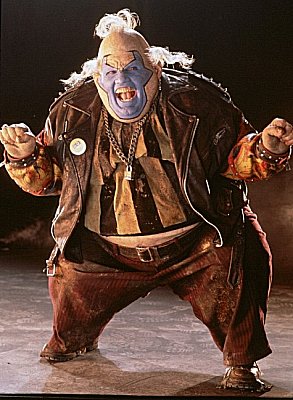 Spawn's evil nemesis, Violator the Demon, from the Spawn comics, appears as fat, balding demon with a painted face who is working to expand Hell's Army. Played by John Leguizamo in the 1997 film. 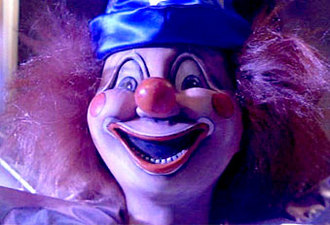 This movie made many a child run from the room when a television station showed static. Mention the film and people feel compelled to do their very best "Go into the light, Carol Anne" imitation. That's scary enough. But that clown doll coming to life and attacking you from under your bed? Shudder. 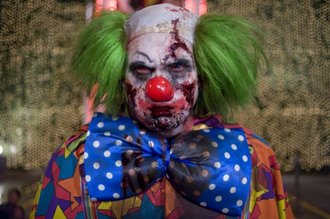 All right, I know this one is meant to be funny, but it still gave me nightmares. And the main character Columbus (played by Jesse Eisenberg and based on writer Rhett Reese) does say that clowns are one of his biggest fears. His end is rather satisfying. 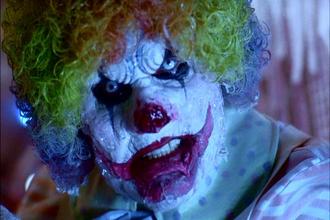 The musical loop from an ice cream truck could drive anyone to homicide. In this episode of Masters of Horror, titled "We All Scream for Ice Cream," an ice cream man named Buster dresses like a clown and returns from the dead for revenge. 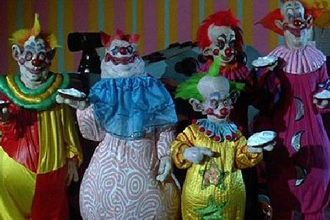 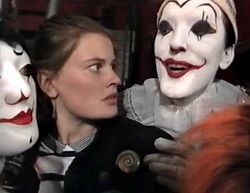 In the episode "The Greatest Show in the Galaxy," the Seventh Doctor (Sylvester McCoy) and his clown-fearing companion, Ace (Sophie Aldred), check out the Psychic Circus on the planet Segonax. Evil, robotic space clowns in a circus founded by hippies. No, I think I'd be staying inside the TARDIS. 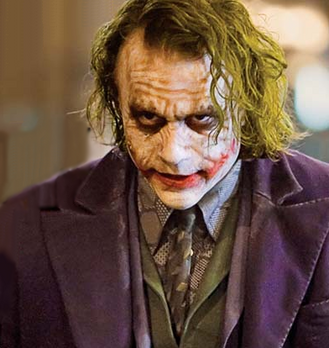 Not only is the Joker one of the greatest villains in the history of comics, but Heath Ledger gave such a nuanced and stunning performance in The Dark Knight that I'll never read another Batman comic without picturing him. It wiped A Knight's Tale clean out of my head.