As a general rule, space zombies tend to be more energetic than their terrestrial counterparts, and often retain a robust intelligence. Some use language, advanced tools, and exhibit rudimentary culture.

But as you'll learn in the 20th of our 31 specials for the 31 days of Halloween, where it counts, space zombies have true zombie nature: a violently anti-human bent, an avidity for tasty human flesh and rapid expansion of their numbers through infection or otherwise turning of their victims.

Is there a REAL zombie outbreak going on right now in Africa?
9 zombie-killing ladies we want on our side during the apocalypse

Remember to come back tomorrow at noon to attend some killer movie proms. 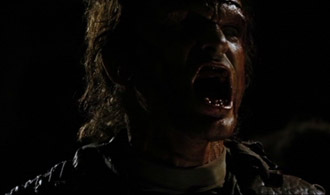 Reavers epitomize one of the great mysteries of space zombies: How can a group of beings intent on murder and destruction operate complex technology? Reavers pilot spaceships, yet they are berserk savages who eat their victims and wear their skins. Reavers were first created by an experimental drug, but people who survive a Reaver attack are so traumatized they become ... Reavers. Therefore rampaging, for Reavers, is not just about food or clothes, it's sex.

These space zombies aren't decayed but look electrocuted. They are similar to traditional zombies in that they are truly undead and their attacks turn their victims into more zombies. Rather than biting or mauling, though, these creatures suck out your life force in a spectacular display of coruscating blue lightning. They pass the stolen life force on to an alien being. In this way, they are like deep-fried space zombie bees, gathering energetic nectar for their queen.

The Borg from Star Trek 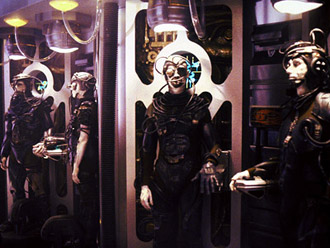 There is a relentless logic to the Borg. They conquer worlds, add any handy technologies from those planets to their toolbox, and continue on. The idea of them implacably chewing away at the Federation was terrifying, and it was thrilling to see an enemy in Star Trek that was actually frightening. (Klingons? Puh-lease.) But then Hugh came along and the Borg got nerfed. 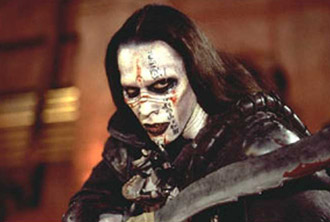 When the ghosts of ancient Martian warriors possess some miners, their only desire is to kill—after dressing up like extras from The Road Warrior. They are kind of laughable, but the laughing stops when you realize they are impossible to kill. See, when a Martian ghost zombie miner dies, its spirit leaps out to take over a nearby human. If you're facing one down, your future is bleak: It will kill you, or you will kill it and become possessed yourself.

Pod people from Invasion of the Body Snatchers 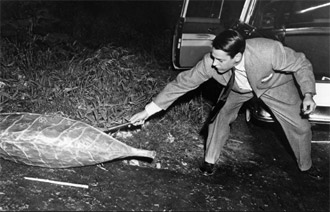 The fact that pod people take up normal lives argues that they are not zombies, just vegetable replacements. Still, while pod people are cleaner, calmer and better dressed than most zombies—space or otherwise—they manifest the same urges: Capture. Convert. Repeat. So on evenings and weekends they work hard to turn more of us into more of them. 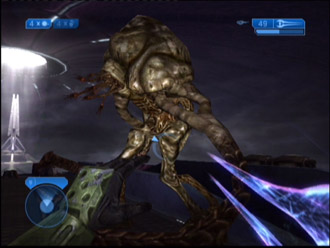 The ancient alien Forerunners considered the Flood so dangerous that they killed themselves and all other sentient life in a (failed—oops) attempt to get rid of them. Now that's what I call terrified. Understandably so, since when the parasitic Flood invade a victim they immediately dissolve their internal organs. Flood are happy to infect both the living and the dead. Frankly, they are a piece of work. 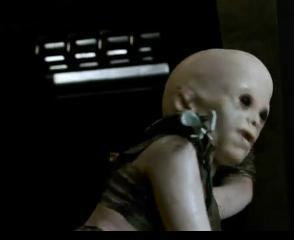 The cerulean terrors on board the starship Elysium are not, technically, space zombies, because their victims do no reanimate. These mutated colonists make new blue horrors naturally, via blue horror sex that leads to blue horror babies. Still, they share plenty in common with space zombies: violent rampages, a love of human meat, ridiculous makeup and hair, pointy teeth.

Zombieman and Shotgun Guy from Doom 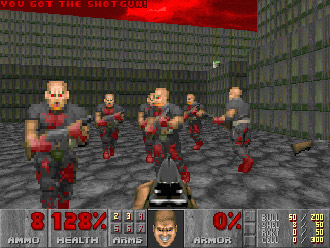 Mars ain't the god of war for nothing, you know. It's a baaad place that turns miners into monsters (see above), scientists into soldiers, and soldiers into space zombies. The zombies in Doom rate high on the bad-ass scale because they carry weapons and like to use them. They all look the same, too, but maybe they did before they were turned.

Zombies from Plan 9 From Outer Space 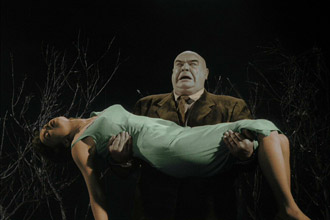 While these zombies come in the traditional, shambling mode and are corpses that rise from their graves, since they were created by aliens, they fall into the space class. Note that these zombies were created for a good cause! The aliens who made them were only trying to get our attention and stop us from creating a weapon that makes sunlight explode. Cut them a break, okay?