It never fails: Every season since ABC's Lost crashed on Dharma Island in 2004, some new show with a slick concept and splashy pilot has been billed as "the next Lost" as networks try to capitalize on the zeitgeist that was the supernatural tale of castaways on a mysterious island.

Fox's new time-twisty Alcatraz is just the latest in a long line to be burdened with the mantle of Lost successor, and only time will tell if it can capture the public consciousness like that first island drama did.

Lost was the perfect mix of character studies, slow-boil mystery and (arguably) sustained quality that only comes together once in a blue moon—hence the problem. You can't manufacture water-cooler buzz, which is evident by the ever-growing list of short-run concept series that have since been put out to pasture.

Here are 9 series that tried (and failed) to follow in the footsteps of J.J. Abrams' breakout hit.

The Lost-esque hook: This was a big one. Following the 1999 Robert Sawyer novel of the same name, ABC hitched its proverbial wagon to this heavy-concept show about what would happen if everyone on the planet got a short glimpse at their future. A huge promotional campaign preceded the launch, and the show began just as Lost was winding down.

Produced by sci-fi vets David Goyer (The Dark Knight Rises) and Brannon Braga (Star Trek: The Next Generation), it seemed to have the pedigree to succeed. The pilot was breathtaking, showing the entire planet collapse and reawaken, with every bit of the carnage that would ensue. It was the perfect setup for an intriguing concept: What would every person on Earth do if they knew what was going to happen next?

Why it failed: Once you got past the admittedly great pilot, the show really didn't know where to go. The mysteries quickly devolved into a whodunit of shadowy organizations, and the producers didn't seem sure they could carry the concept through a full 22-episode order, much less a five-season series. When showrunner Marc Guggenheim (No Ordinary Family) was replaced by Goyer midway through the first season—leading to a rather abrupt tonal shift as they tried to refocus the show midstream—the end was near. ABC canceled the series after one year, citing declining viewership. 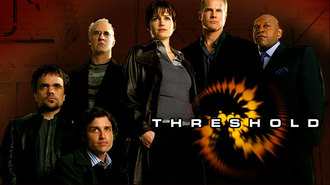 How long did it last?: 1 season, 13 episodes produced.

The Lost-esque hook: Not long after Lost began, every network wanted in on the action. CBS's attempt was Threshold, bringing together Carla Gugino and Brent Spiner (Star Trek: The Next Generation) as members of a government team activated after a strange alien creature pops up beside a Navy ship, which soon begins converting humans. Produced by Brannon Braga and David Goyer in their pre-FlashForward days. The series wasn't half bad, and according to production interviews on the DVD release, the creators had a three-year plan that would have followed the series through an alien incursion and eventually a full-on invasion.

Why it failed: The show launched at the same time as several similar shows on competing networks, and always seemed an odd fit on CBS. The ratings were fairly blah for much of its run. CBS had an option for additional episodes, but decided to cut its losses at 13. It's a shame, because the premise could have worked over the long haul. The show has since found some new fans after being released on DVD, but it's all too little too late. 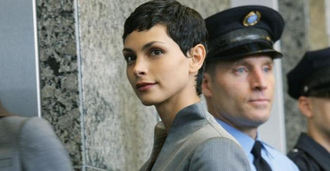 How long did it last?: 2 seasons, 22 episodes produced.

The Lost-esque hook: Based on the hit '80s mini-series (and series) about an alien race coming to Earth for a sneaky invasion bid, V brought a decent amount of sci-fi cachet to the table when it popped up on ABC's schedule in 2009. Thanks to solid marketing and a strong start, the show seemed to be a hit—until the story slowed to molasses and the series started shedding viewers. V played on nostalgia, but was also aiming to attract some of those Lost eyeballs, which was made fairly evident by the casting of Lost alum Elizabeth Mitchell in a lead role.

Why it failed: That's easy to answer: The show didn't actually up the stakes until the season-two finale, which ironically enough served as the series finale after ABC passed on a third go-round. The resistance fighters against the aliens, the Fifth Column, keep telling us how evil those darn Visitors were—but it took until deep into season two for them to really do anything all that bad. Instead of seeming nefarious behind their goody-two-shoes exterior, they just seemed kind of toothless. Way too much setup, not nearly enough payoff. 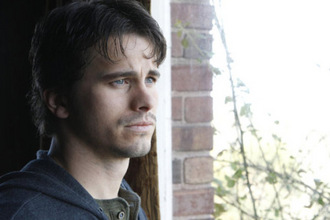 The Lost-esque hook: Teasers for this NBC series played up the central mystery: What is "the event"? Built around a young man caught up in a conspiracy, the show chronicles the American government's battle with moral dilemmas (and eventually domestic terrorism) from a group of aliens. The show definitely came out swinging with the concept, almost like The West Wing, 24 and Lost all thrown into a blender.

The show even featured a hit-or-miss smattering of flashbacks, a narrative tool popularized by Lost. Things started hot, with an excellent pilot that set up some great questions. Plus it featured an awesome scene where an airplane vanishes into thin air.

Why it failed: Though it started strong, The Event quickly lost focus. Piling in mini-missions and roadblocks that are obviously there to just keep the plot plodding along is no way to build a story. When those tasks end with reveals that only lead to more questions (sadly not very compelling ones), it's a death sentence. Thing got back on track at the end—with an intriguing cliffhanger finale that brought the alien planet within the orbit of Earth—but by then it was too late. The case of The Event seems like the creators had the broad strokes of the story worked out, but not the 20-some-odd episodes in between. 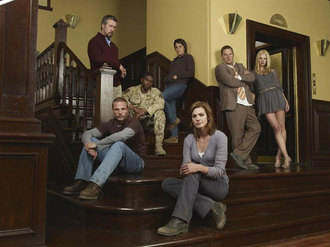 How long did it last?: 1 season, 13 episodes produced.

The Lost-esque hook: In broad strokes, this NBC miniseries should have hit all the right notes for Lost fans: Strangers flung together in a strange place (trading the tropical island for a creepy ghost town) with some mysterious happening at the center. The show revolved around a group of kidnappees who are forced to participate in psychological challenges, and receive cryptic clues along the way, all as part of a grand conspiracy to groom potential business and political leaders. In addition to the missing cast, an intrepid tabloid reporter is also caught up in the conspiracy, traveling the globe as he tries to put together the pieces. Despite falling ratings as the show wore on, the 13-episode run was actually pretty compelling.

Why it failed: Sadly, this show was pretty much doomed from the start. It launched in the summer with little fanfare and a vague, sparse advertising campaign. The premise wasn't explained very well in the teasers, and those who did check it out were greeted with a somewhat slow and confusing pilot. Luckily, the producers set up the first season almost like a mini-series, and brought the arc to a conclusion, albeit one with a hella-major cliffhanger. 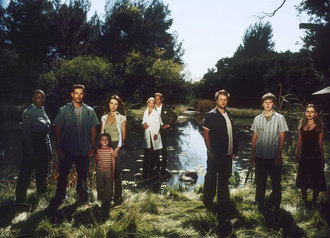 The Lost-esque hook: Of all the pitches to come out after Lost proved to be a hit, Invasion was one of the best. Produced by Shaun Cassidy (yes, the musician), the story followed residents of a small Florida town that quickly transforms into a foothold for a body snatcher invasion following a hurricane. The show dealt with the social aftermath of what would happen if residents were being replaced by malevolent aliens, and the effect it would have on those still hanging on to humanity. The execution was pitch-perfect, and kept the suspense believable throughout. The 22-episode run was solid gold, and can typically be found on most "canceled too soon" lists.

Why it failed: A victim of its own timing, Invasion was a smash at launch but saw its ratings nearly cut in half by the end of its run, as viewers were bum-rushed with similar shows. Plus the advertising campaign for the premiere was all but suspended following Hurricane Katrina for sensitivity reasons (early teasers focused on the hurricane that served as the catalyst for the invasion). Since most people were busy watching an actual city try to rebuild following a real tornado, it seems America wasn't in much of a mood to watch a fictional town go through the same thing, albeit with aliens. 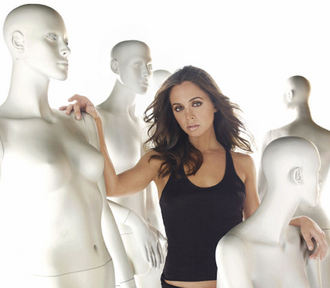 How long did it last?: 2 seasons, 26 episodes produced.

The Lost-esque hook: Looking at the idea alone, you knew this show was either going to be a massive hit or a cult classic. Created by Joss Whedon (Buffy The Vampire Slayer, Firefly), Dollhouse followed the exploits of "dolls"—basically reprogrammable human beings—and the journey to self-awareness for one doll in particular, Buffy alum Eliza Dushku.

Why it failed: The world just wasn't ready for this one, and heck, considering Whedon's record, it's a miracle season two even happened. The concept proved too "out there" for the casual viewer, and after initial curiosity passed, not enough viewers stuck around for the long haul. When Fox put the show on hold during sweeps, the period where advertising rates are determined, fans knew the end was nigh. Luckily, the network did give Whedon ample notice to wrap up the story with a satisfying conclusion, which jumped into the future to show how Dollhouse technology would eventually ruin the world. 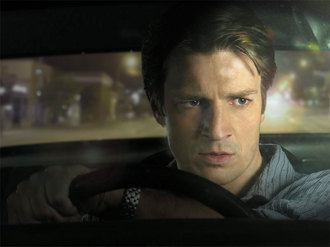 How long did it last?: 1 season, 6 episodes produced.

The Lost-esque hook: Based on contestants drawn into a mysterious nationwide auto race, the pitch had potential to be a buzz-y show. That is, if anyone had actually seen it. Anchored by Nathan Fillion (Firefly), it was the last show he did before hitting it big on ABC's crime dramedy Castle. Sadly, the show didn't last long enough to delve too deep into the mysteries behind the scenes. The series also took advantage of some cutting-edge effects technology to transition around cars during the races, eventually winning an Emmy award for effects from a clip streamed on Fox.com.

Why it failed: Blink and you missed this one, created by former Angel writer Tim Minear. Only four episodes aired, all in a two-week span in April 2007. Interesting concept or not, if nobody's watching, it's not going to last long. The show received abysmal ratings and was doomed from day one. 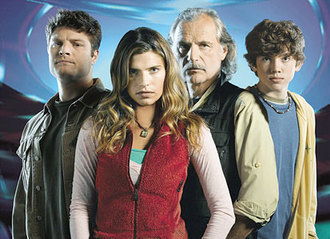 How long did it last?: 1 season, 15 episodes produced.

The Lost-esque hook: Released with a glut of mystery series during Lost-mania, Surface told the tale of an oceanographer charged with investigating strange, alien dinosaurs that can shoot electricity. Admittedly, a bit of a strange premise—almost like a mashup of Invasion and Threshold. Oceanographer Laura Daughtery (Lake Bell) discovers an alien-osaurus egg, which was liberated by an area teenager and raised until it hatched. The show got a little more interesting by the end, when it's revealed that a character is actually an alien clone. But by then no one really seemed to care.

Why it failed: With so many similar series coming out at the time, Surface was just lost in the shuffle. The concept wasn't that compelling, and the mysteries weren't really mysterious enough. When the pilot aired, USA Today noted, "There isn't a moment of wonder or suspense in Surface, or a single performance or character that is even remotely involving." That pretty much sums up this short-lived wannabe.