Why you should watch the final episodes of Pushing Daisies

When Pushing Daisies launched in 2007, TV Guide's Matt Roush declared it to be "unquestionably my favorite pilot," and in 2008, the series was nominated for 12 Emmy awards, winning three. But this exercise in dark whimsy about a crime-solving piemaker and his bevy of eccentric friends saw its ratings suffer due to a writers' strike during its first truncated season, and it never quite regained its momentum during the second.

ABC will be airing the final three episodes of Pushing Daisies starting May 30th. Those familiar with the show already know why they should tune in, but just in case you haven't yet caught this quirky show, here's everything you need to get up to speed.

Pushing Daisies, the brainchild of Wonderfalls' Bryan Fuller, is the story of Ned (Lee Pace), a much-put-upon, lovelorn fellow whose touch can bring the dead back to life. Unfortunately, this "gift" comes with one doozy of a drawback: if he ever touches them again, even by accident, they die again, beyond his powers to revive. And if he ever fails to put them down again within 60 seconds, some other random person dies to take their place. 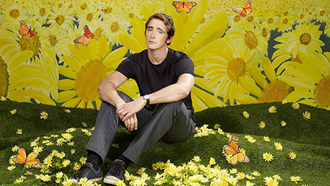 Young Ned discovered these rules by accident in childhood, when his next-door neighbor, Mr. Charles, dropped dead within one minute of Ned reviving his own mother ... who then died herself following a goodnight kiss. Abandoned by his father (initially played by Jon Eric Price), Ned has since lived a sad and lonely life as an orphan so isolated by his gifts that he needs to use a fake hand at the end of a stick to pet the now-immortal golden retriever he briefly lost to a traffic accident. 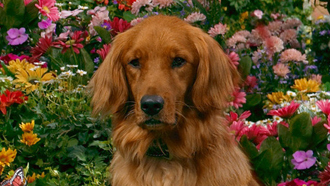 Ned's prodigious gifts as a baker, which he puts to work at a pastry shop called the Pie Hole, have not translated into financial success, and so he moonlights, helping out morose private eye Emerson Cod (Chi McBride) at solving murder mysteries. Together they visit the recently deceased in the morgue so Ned can revive them for 60 seconds and find out who's killed them. Somehow the dead never quite manage to provide all the relevant information within the time limit, often providing irrelevant or misleading clues, and the cases always require substantial additional investigation among colorful and often demented suspects. 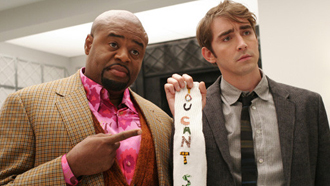 On one such investigation Ned revives, but to Cod's disgust romantically refuses to de-animate, the girl he loved in childhood, daughter of the man he accidentally killed, Chuck Charles (Anna Friel). The two commence their relationship where they left off, although without the possibility of physical contact; they sleep in twin beds, kiss through plastic sheeting, drive around in a car separated by a plexiglass shield and hold their own hands in companionship. Despite these limitations—and Cod's insistence on refusing to call Chuck anything but "Dead Girl"—they are both deliriously happy and head over heels in love. 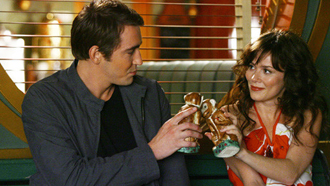 It is the sweetest, most sincere, and yet most twisted romance on television. It also confuses the hell out of fellow Pie Hole employee Olive Snook (Kristin Chenoweth), who doesn't know about Ned's strange ability but adores him and cannot understand his intimacy issues with Chuck or anybody else. 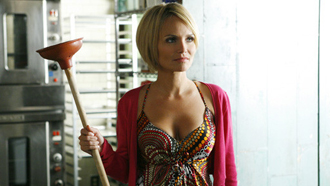 And as if all this weren't complex enough, there are the other father issues. We've already mentioned Ned accidentally killing Chuck's father. Now he's unwittingly revived the man (Josh Randall), who shows the physiological effects of decades in the ground and is not happy about his accidental murderer making time with his daughter. Ned's own father, whom he has not seen for years, and who has somehow morphed into George Hamilton, seems to be hanging around the diner, with a mysterious agenda of his very own. And Emerson Cod is searching for the daughter he has not seen in years. 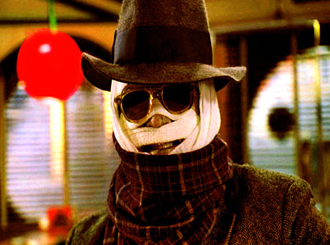 Complicating matters even further is the continuing existence in their lives of the two maiden aunts who raised Chuck and believe her still to be dead. Naïve Vivian (Ellen Greene) and grumpy, one-eyed Lily (Swoosie Kurtz), once famous synchronized swimmers, are now chronic agoraphobes growing old in a house filled with birds and cheese, and much of the show is about Chuck's continuing attempts to see to their well-being while hiding her return to the land of the living. 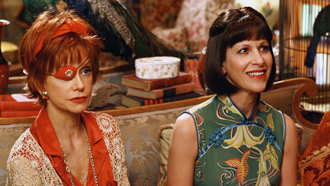 The macabre scenario is turned impossibly bright by elaborate virtual sets and saturated colors that, together with over-the-top dialogue and the charming narration perpetrated by Jim Dale, turn the sadness into fairy-tale whimsy. Pushing Daisies takes place in a world where the same city is home to windmills and Alpine peaks, some buildings shaped like pies and others shaped like beehives, making it as much fun to look at as it is to follow as a story. 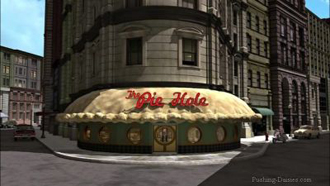 The motivations and characterizations are equally over the top, from Cod's delight in making his own pop-up books to Lily's sour penchant for firearms. In Pushing Daisies, grand romantic gestures, even on the part of villains, are not only possible but commonplace, conversations loop back onto themselves in delightful ways, and the bad guy in any particular episode might well turn out to be, picking just one at random, a Chinese Civil War re-enactor intent on using his skill at fencing to avenge the honor of the South.

The presence in the cast of two major names from musical theater, Chenoweth and Greene, means that the overall aura of surreality is occasionally amped up another notch by totally out-of-the-blue production numbers. In this universe, it makes perfect sense for an offstage orchestra to start playing while Olive Snook belts out a paean to unrequited love; and when it happens, it's magical and hilarious and heartbreaking, all at the same time. There is reportedly at least one more song waiting for us in the three episodes that remain, which makes them must viewing.

All the on-camera performers are terrific, their chemistry and comic timing divine, their ability to keep straight faces while delivering the most ludicrous lines almost impossible to believe. As Ned, Pace presents a nice guy who persuasively lights up in the presence of his childhood crush, Chuck; as Chuck, Friel absolutely makes you believe that he would. Chi McBride's venal and morose Cod, always willing to look on the dark side of everything, is so likable as a grump that it's impossible to hope that he ever cheers up. We've already mentioned Chenoweth and Greene. But we give a special tip of the hat to Kurtz, whose booze-swilling, put-upon Lily can always be counted upon to find the dark cloud to every silver lining. 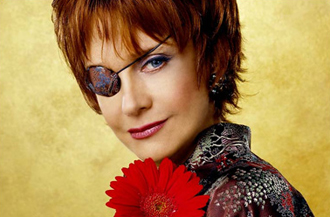 The two truncated seasons of Pushing Daisies barely make up enough episodes to fill out one of full length. This is a major miscarriage of justice, but one that spares us the sad spectacle of a once-beloved show losing inspiration and gradually degenerating, as so many do, into a sad shadow of its former self. Like Fuller's Wonderfalls before it, which also left us far too soon, Pushing Daisies leaves us wanting more of a fictive universe driven as much by love and wordplay and humanity as it is by imagination and whimsy. We are privileged to have seen it passing our way.