Just before every fall TV season begins, the excitement of new possibilities swirls through the air as we anticipate what new shows are in our future. That excitement fades once we realize that only a couple of shows are actually worthy and is dashed once we see promising shows like Eastwick and Dollhouse killed off.

So now that the cancellations have begun, let's take a look at the season that might have been. Here are four pilots the networks passed on, with our take on whether they missed an opportunity to unleash something great (or even just mildly entertaining) on viewers. 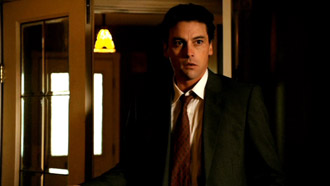 Richard Miles's marriage is a rocky, his wife is a recovering alcoholic, he has two young children, and even though he works hard, money is very tight. One evening he returns home, just as he has every other day. However, this day is different. His family freaks out, and his children are mysteriously older. He discovers that he's been declared dead since the towers fell on 9/11, and he's been missing for eight years.

Richard (Skeet Ulrich) is wearing the same clothes he left in, and he doesn't appear to have aged at all. Just as confused as everyone else, he discovers that his wife has remarried and his kids have suffered terribly because of his loss. But what happened to Richard? Did he have amnesia? Did God send him back to Earth on a mission? Was he kidnapped by aliens? Did he fall through a crack in time?

His wife's new husband just wants him to leave, but Richard knows he can't do that. While he has no memory of the last eight years, he knows he's returned for a reason. Created by Dean Widenmann.

Would Back have gone forward on CBS? No. Despite the terrible title, Back is one of the finest pieces of drama we've seen in a long time, from the amazing script to the beautiful direction to the wonderful acting, especially by Skeet Ulrich and Sherry Stringfield. But it's just so very sad. It's been eight years since 9/11 and we've moved on. But this pilot brings back the most painful memories that few viewers could manage to watch week after week. 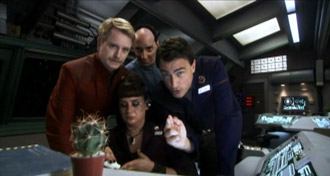 Imagine a half-hour comic Star Trek, with a rogue captain (Ben Koldyke) and an incompetent and often crazy crew, including a scary body-building security chief and a robot called Robot (Tony Hale) that's secretly trying to start a robot rebellion with the microwave. They are ignoring their mission to collect moon rocks in favor of trying to outfit their ship with weapons and warp drive. Meanwhile, they are spending lots of time "training" on the halo deck. Unfortunately, Captain Teague's plan takes a hit when an inspector comes aboard. Created by Adam Stein, Charlie Day, Glenn Howerton and Rob McElhenney.

Would Boldly Going Nowhere have gone anywhere on Fox? It just might have, especially on Friday nights before Dollhouse. The pilot was more than a little bit randy and would have fit well with the Eliza Dushku sci-fi spy series. However, in Fox's wisdom they decided that Til Death was a better match. Go figure. The best option, though, would have been for Boldly to jump networks and make up an hour with ABC's hysterical Better Off Ted (which returns Tuesday, Dec. 8, at 9:30 p.m.). Now that would have been a fun hour. 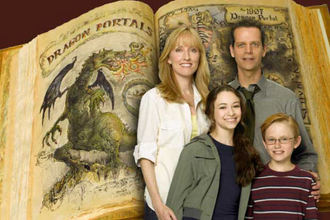 A fantastic world of adventure exists right beside our own, and there's only one way to visit these strange and magical worlds—by using maps and information in Captain Cook's Extraordinary Atlas. The legendary atlas was created by Captain James Cook as he documented his travels during the time of King George VI. Now it's been passed to 13-year-old Gwen Malloy (Jodelle Ferland), who is the atlas' next navigator. But will the young girl be able to deal with the likes of dragons and trolls and keep it a secret from her parents? Created by Tom Wheeler.

Would Captain Cook's Extraordinary Atlas have been a legendary adventure for ABC? Unlikely, but not for the reason you might think. This rich and wondrous fairy tale could easily have been a movie. Jodelle Ferland carries the story on her tiny shoulders, and we are with her every step of the way. However, it seems unlikely such a fantastical series could pop out 22 episodes and maintain its quality. It looks very expensive, and we have to wonder if ABC nixed the series because of cost.

One other factor is, where would this fit on the schedule? It would need to play in the 8 p.m. hour to capture the kid audience, but then would adults tune in? Our best suggestion to ABC is to air this as a TV movie, if not on ABC then maybe on ABC Family. This material would be very appropriate for a series of movies, and since audiences watch lesser tales at the theater, they'd likely tune in for this wondrous adventure series. 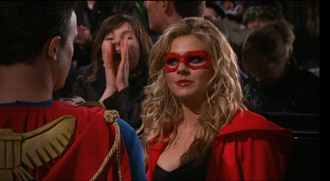 This remake of the British comedy takes place in a world where some people are superheroes and follows four of these folk who have D-list superpowers. There's Crossfade (Eliza Coupe), who has short-term invisibility; Slamazon (Arielle Kebbel), who has superstrength and romance issues; Brainstorm (Tom Riley), a British bloke who can read minds; and Chillout (Paul Campbell), who can freeze small stuff and make duck-shaped ice cubes. The four superfriends hang out at The Watchtower, a bar filled with superheroes, with the likes of Horseforce (Josh Gad), who can summon horses, and A-list superhero Infinitum (Freddie Prinze Jr.), who has an ego larger than his super abilities. Created by Jeff Greenstein and Drew Pearce.

Would No Heroics have flown if it had made the schedule? Doubtful. This superhero farce has some funny moments, mostly involving the droll Brainstorm, but it's not The Tick. We would rather have seen creator Drew Pearce's British version jump the ocean. Of course, it would have had to run on HBO for content and language, and from what we've seen of the original, it's far funnier than the new version.