A new Charlie's Angels might happen, and here's who'd be in it

Charlie's Angel producers Drew Barrymore and Nancy Juvonen are thinking of getting the gang back together for a second sequel, Juvonen told SCI FI Wire in an exclusive interview. This despite the lackluster box-office performance of McG's last sequel, Charlie's Angels: Full Throttle in 2003.

After a press conference for their latest romantic comedy, He's Just Not That Into You, Saturday in Beverly Hills, Calif., Juvonen stayed to hang out with us, brainstorming Charlie's 3 ideas. The following Q&A features edited excerpts of that interview.

Are you seriously looking at a third Charlie's?

Juvonen: Seriously, I've been in total denial for years. I've been like, "Don't talk to me. Do not even mention it." Then I started, about a year and a half ago, going, "All right, what if I started to think about this again?" Then, about eight months ago, I started actually pitching in my head sort of what I'd do, but we don't want to go back in without story. I want [one] from start to finish, all the way to the third-act ending, a great document. There, we'll go nuts.

Is the idea the same three Angels, Drew Barrymore, Cameron Diaz and Lucy Liu—not to start over with a new trio?

Juvonen: I think that's part of it. I'm really into that when the show had the four Angels on for a while, and Farrah [Fawcett]'s little sister, Cheryl Ladd, came in. There was something fun with that, I think, that's very iconic of the show. So I'm a little on that.

So actresses should start pitching themselves for the fourth Angel?

Juvonen: They should. I'm having a Rihanna fixation myself. What are you going to do?

Would you get McG again? [He's currently finishing up Terminator Salvation, wants to do Captain Nemo next and may be on the hook for more Terminator films if his first one hits.]

Juvonen: We'd have to do it with McG. I don't think we could do it without McG, and I think that the Angels all at least need to be there. Right? 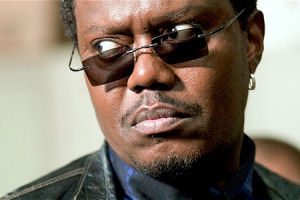 Juvonen: Well, you know what? You've got to make something out of that, but that's sad.

Have you gone there yet?

Juvonen: I really have gone there, but I don't know where I'm going. In other words, I've sort of got all these "What if that? And then that happens, and then that."

And would you bring back Crispin Glover as the Thin Man again?

Juvonen: Isn't he the best, Crispin? I'm with you, so I feel like I'm going to think about it.

He should hook up with Drew's Angel, because that's where it was going at the end of the last one.

Juvonen: Remember that? I know. That was so fun. But then he fell off and he had killed Seamus O'Grady, Justin Theroux.

Well, McG has gone on record saying he's not dead, so that's cool.

Juvonen: The Thin Man almost could never die. Is he alive in the first place? I'm not even sure. It's going to be hard to say how the sword went through him and then pierced Seamus O'Grady.

Oh, it missed all the vitals.

Juvonen: Look at you. We should take off right from there. I think we could get away with anything, but I feel like you know what you love, but I think you also have to make some turns there. I think there's a great challenge in "Do you want to take over the universe or ruin the world?" It's sort of not practical so much. Bond goes into remote countries. 24's in a remote country. It's sort of: What's the next great foil? I think that with Drew's character, she fell in love with the villain. If you think about, "Oh, you could do that," we've kind of like done, done, done [everything]. We did a lot in the first one and gazillions in the second one.