ABC officially announced the pickup of new shows Eastwick and Flash Forward for fall, along with the "re-imagined" V and the last season of Lost for midseason, during a Tuesday press conference with journalists about the new fall 2009-10 schedule.

Flash Forward is based on the Robert J. Sawyer novel about a mysterious event that causes everyone in the world to black out and get a glimpse into their future. The series stars Joseph Fiennes, John Cho and Jack Davenport.

"Eastwick [is] obviously based on the original [1987] movie, but really kind of a reconceptualization of what that is," said McPherson. "It's really a series that I've said I think will only be on ABC. It's that kind of perfect mix of comedy and drama and character relationship and fun that I think is what we've become known for. We feel like it's a good end to the evening. It takes us a little bit more dramatic, but still keeps the fun and the lightness of the evening. ... I think Eastwick is going to be a sleeper that I think a lot of people are going to be surprised by."

As for Flash Forward, taking over Ugly Betty's Thursday-night spot, McPherson admits it was a big decision. "Flash Forward has already generated millions of hits online to our 'What did you see?' campaign. It's the most buzz-worthy show we have right now, and we really wanted to build on the success of Private Practice and Grey's being a perfect pair and bolster our Thursday night, which has been incredibly successful for us. We think there's no better lineup right now than Thursday nights. With Lost having launched at 8, we really feel that there's a great opportunity for Flash Forward as well," McPherson added.

While McPherson admitted that Flash Forward was indeed science fiction, he said the David S. Goyer and Brannon Braga series is actually "an intimate, personal story about really the question of fate. Can you change your fate? Of love and loss and all the things that go into 'What if we knew our future?' So I think that one specifically. ... It's science fiction in the sense that there's that one event, but it really isn't moving forward that. And I think as you get to the mythology, [it] is absolutely unbelievably grounded." 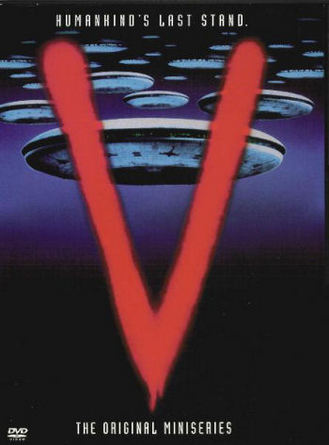 As for V, about visitors from another planet who aren't quite what they claim to be, the sci-fi drama will be a midseason replacement. V stars Elizabeth Mitchell (Lost), Morris Chestnut, Joel Gretsch (The 4400), Laura Vandervoort (Smallville) and Morena Baccarin (Firefly).

"We had a very good development season. I would say one of the best I've ever had at the network. And with V and Happy Town coming, we feel like we've got two really other event dramas that can help us," said McPherson.

V has a "normal order right now, 13 episodes. We really, from the beginning, want to craft a whole series, and we'd like to be able to announce what that is at the time that it airs. At this point we believe it's going to be in four parts, and those will be anything from 13 to 22 episodes in each part. But it will have a beginning, middle and end," he added.

The one returning sci-fi series, Lost, will be in its final season when it comes back in midseason. McPherson said that Lost executive producers Damon Lindelof and Carlton Cuse are excited about the show's last year. "I think that was obviously a tough decision a few years ago to give it an ending, but I think it really paid off. This season was stronger than it's ever been because there wasn't an infinite middle to the show. So I think, giving them an end date, you're going to see probably some of the strongest writing you've ever seen on the show, because they've been able to really retrofit from exactly where they want to end up."

As for cancellations, Cupid joins Pushing Daisies, Eli Stone and Life on Mars.

Below is the new schedule for the fall 2009 season.