Is this the actor who'll play The Walking Dead's biggest villain?

Viewers of the Walking Dead TV series know by now that the zombies aren't the bad guys—they are simply an incredibly troublesome part of life. They don't act with malice, they just are. But readers of Robert Kirkman's comic know that there's a true villain on the horizon. So who will play Walking Dead's Big Bad, the Governor?

In the pages of The Walking Dead, the Governor is a sadistic tyrant who rules over a town of survivors with a twisted iron fist. And when he encounters Rick Grimes and friends, it kicks off a devastating wave of bloodshed.

It's a plum role ... one that actor/makeup effects maestro Tom Savini (who worked on, among others, the original Friday the 13th and Dawn of the Dead) wanted for himself, and he's been lobbying his old friend Greg Nicotero—another makeup legend who's now a co-executive producer on Walking Dead—to that effect. As Savini told Dread Central:

"Listen, I have been campaigning to be the Governor on that damn thing with Greg Nicotero for over a year. Every time I see the graphic novel and I see a picture of the Governor, who looks just like me, I send Greg a picture. I just won't give up. Last time I talked to him about it, when I was in Los Angeles, he said they were going after a name for that part. I said, "Who?" He said John Hawkes. Well, I never heard of John Hawkes. But then he reminds me that we were in From Dusk Till Dawn together. He is the guy at the beginning in the store that fires on them. Apparently he was up for an Academy Award; he was up for something called Winter's Bone. That's whom they are going after for the Governor." 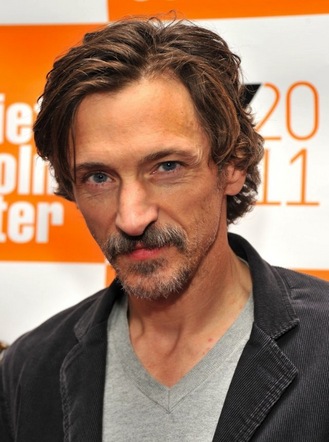 So Oscar nominee John Hawkes, eh? He's spent a lot of time on TV, appearing on Lost, 24, Deadwood and, way back when, Buffy the Vampire Slayer. But with the heat he's gotten as of late for movies like Winter's Bone, Martha Marcy May Marlene and this year's Sundance smash The Surrogate—and the fact that he's shooting Steven Spielberg's Lincoln right now—it feels like Hawkes is gonna be a tough get.

Still, if you were an actor looking to sink your teeth into a meaty role on a popular, critically acclaimed show, you could do a lot worse than The Walking Dead.