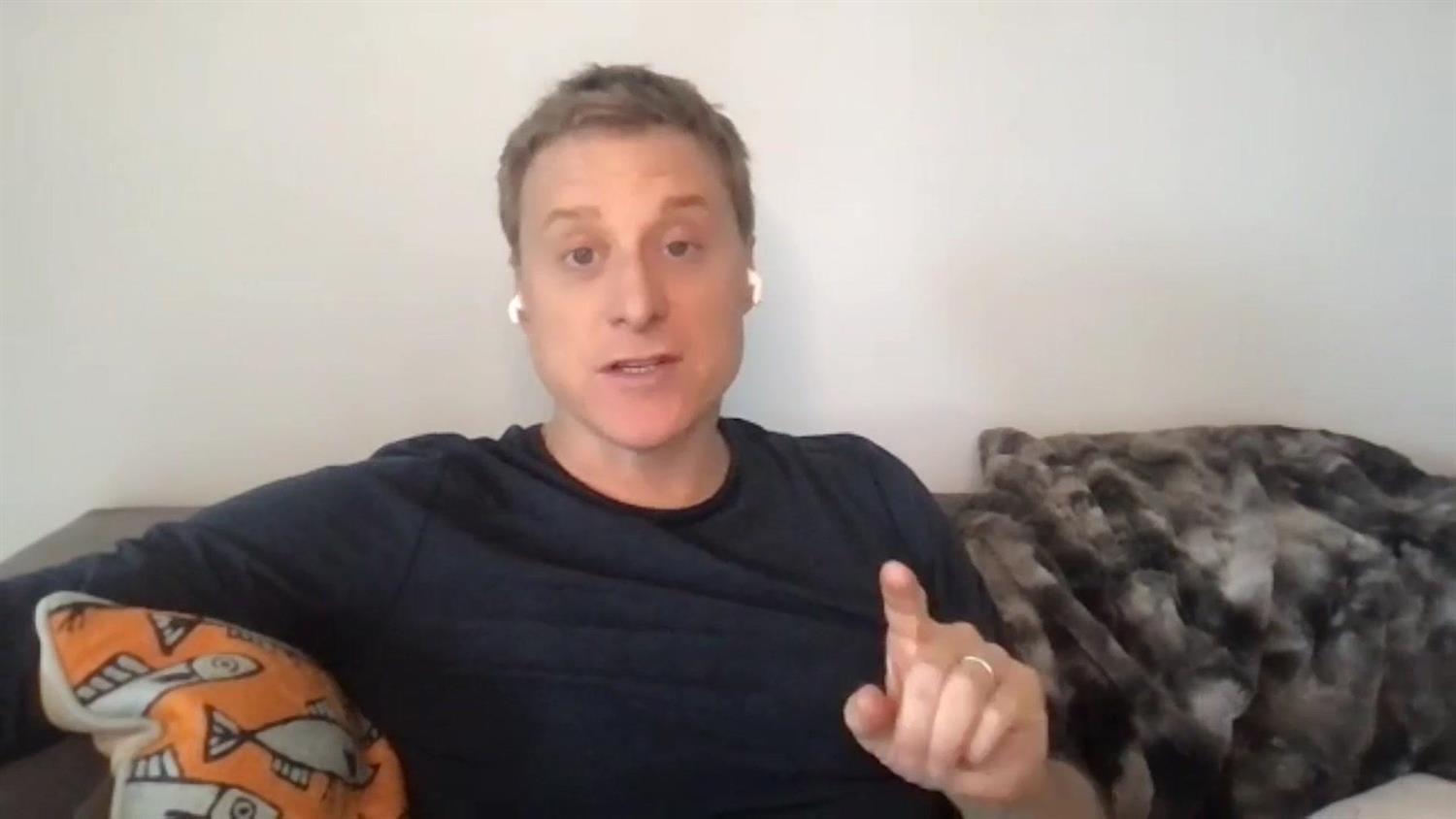 We at SYFY WIRE certainly are, but the good news is that the cast of Resident Alien are back in Vancouver, British Columbia, hard at work shooting Season 2 of the hit SYFY series. However, we won’t see these new episodes for a few months, so we asked Alan Tudyk, the star of Resident Alien, to help ease our pain by taking a walk down memory lane with us.

As with most new TV series, the writers and cast spend so much time just making it, the luxury of reflection and subsequent perspective really doesn’t come until the whole season is locked and shown to viewers. Post-Resident Alien’s finale, Tudyk immediately went to work on new projects shooting in England, so this is our first chance to find out about his favorite moments from Season 1...

With a new season of Resident Alien shooting with such a great reception from critics and audiences about Season 1 fueling your momentum, can you pinpoint what personally delighted you about the first season?

One of the main things about Season 1 is the introduction of Harry Vanderspeigle, my character, and his introduction in the world of Patience to other humans. He had met one human that he sort of killed, the original Harry Vanderspeigle, and took on his identity. But he had never gone into town before; and that happens in the pilot. Then he gets introduced to the world through the death of the doctor, so you got to see Harry and we got to play Harry learning about the world. You got to see his early days when he didn't know how to speak, and he didn't know how to speak human. Forget just English! And walking and what he could eat and what he could not eat. And all of those first beginning lessons we got to see him go through, and those were a lot of fun to play.

Was it always part of the series that Harry would connect to so many unique characters in the town?

From the beginning, the pilot reads as a show that's set in a town full of interesting characters that you want to know about whether there's an alien there or not. The alien is just the fish out of water that's knocking everything around. And you felt it. Really from the beginning, I had that conversation with [showrunner] Chris Sheridan. That's what he had wanted to make and I think he did a great job making it. And the second season is going to even be more of that, just expanding that world.

Season 1 gave you so many opportunities for physical comedy. Is there a scene in particular you consider a highlight?

When you watch a thing, you're watching the performance and the story you're telling and you're also remembering the day. But there was one, just a little small section. It was a montage of Harry, early on, learning to walk. We were shooting a lot that day. And it was like, “We gotta shoot this part, now!” It was the end of the day. We didn't have much time. We didn't have another costume on set ready to go. I said, "Well, I'll just take off my pants. Let's do it in my underwear." And that was done. [Laughs.]

Then they're like, "We have this chicken..." And I said, "I’ve got a thing I want to do with the chair, where I go to sit in the chair, but my balance goes forward instead of backward." We just rolled the cameras, and I just walked around and ate chicken and sat in chairs until we ran out of time, just in the last few minutes of the day. We did it until we had to cut and we had to go. Then to see it put together to a Violent Femmes song, which I love, was really cool.

You essentially had to play three characters this season. Is that a personal best?

Right? I don't think I've ever had that challenge before: playing three different versions of myself. I've done two, but that's about it. Like someone is pretending to be somebody else who reveals himself. Oh, wait — that's not true. I did do a show where I played multiple personalities. But anyway, this specifically is very different because I'm Harry, and then I'm also zombie Harry, who is a projection from Harry's mind talking to the dead Harry that he killed. And then I'm also the Harry before he actually got killed, the actual Harry. So, I was three Harrys. Very hairy. It was the very Harry season. [Laughs.] It was fun. It was challenging.

How was it finding your lane for each different performance?

I didn't think about it. It was most challenging physically. Like there was a scene where Harry takes a lot of drugs because he's depressed. He knows that things that humans do when they're down is to drink and take pills, so he figures that's his answer. He takes a bunch of pills and drinks and passes out and then has a hallucination dream of him talking with Harry. As we were walking in [the shooting] space, it was the first time I'd ever done a scene like that where I had certain blocking as Harry the alien, who's talking to myself. And then I had the other blockings. It was a very specific way of moving because it was a camera trick of me talking to myself, but I really liked how it turned out.

Did they give you a break and let you shoot all the scenes of one version of Harry or were you bouncing between them depending on the take?

We shot all one and then shot all the others. The makeup for the zombie was a lot. But I didn't realize how different they were until I saw them next to each other. It was neat to see that Harry the alien is so very different from the guy who's like, "I hate you. You're sleeping with my wife." It was such a funny conversation, and then I stabbed him in the neck. What are you gonna do? That's what happens! [Laughs.] You’re no stranger to comic con appearances, but how was it experiencing an alien con in "Welcome Aliens"?

An alien con and a sci-fi con have a lot of similarities. People do cosplay. There are stars there signing autographs and such, and a lot of merch that you can buy that caters to people's interests. According to Giorgio [Tsoukalos], he said it looks exactly like alien cons that he's been to, so I felt good. We got the stamp of approval from him. He would know.

How was it working with Tsoukalos?

I love that guy! He's great. Giorgio Tsoukalos, whom everyone knows as the star from Ancient Aliens on the History Channel... you don't get more historic than aliens — come on people! I really enjoyed getting to know him and talking with him, and doing scenes with him. They were his first acting scenes. He did a great job. It was a blast.

How many of those fruit bouquets did you have to eat? I was worried for you.

[Laughs.] I was on a diet at that time, so I was very happy to eat them. It was the sugar. I loved it. I was happy. I was on a no-sugar thing, or something. I'd forgotten about that. We did so much. We shot so much!

The blur that was Season 1 is finally coming into focus?

Yes. When you're an alien, I'd go to work early a lot of times earlier than anybody to go into alien makeup with the rubber head and the gloves. And that immediately signals I'm having a scene with Judah Prehn [Max] because he sees me as the alien, so I'm an alien. Then I'll get done with those scenes, and they'll shoot another scene without me. I'll go get all of that stuff and then wash my hair, wash all the makeup off. And then put on other makeup and other stuff in your hair. And then go back and be the other Harry.

There were some days where I did that and then I was the zombie Harry too. There were a couple of those days. I remember those crazy days. Some of those days, we were shooting so much. it wasn't until I saw it again and I was like, "Oh, right. I ate fruit..." because it was just something that was there on set. I was like, "Can I do this?" We got to play a lot. I like the throwing [of the sticks]. He doesn't care. He's just so engrossed. [Laughs.]

Coming soon, Alan Tudyk teases what’s to expect from Harry, Max, and the whole town of Patience in Season 2 of Resident Alien.