All the answers about FlashForward's changes

ABC announced yesterday that FlashForward's March return will be delayed two weeks, and we caught up with series co-creator David Goyer later that day to find out what it all means.

The quick answers are: They won't cut the number of episodes, but the episode that was slated to air on April 29—the date foretold in the characters' flash-forwards—might not fall on that date anymore.

The new schedule means there will be a two-hour episode on March 18 and two-hour season finale later in the spring. But the drama will air 13 episodes in a row with no interruptions. "The network came to us, but we agreed with it that it was better," Goyer said. "I'd rather wait a couple months and come back and just air all 13 in a row than deal with all the pre-emptions. I feel like over the last few years, that's something that network television audiences have kind of gotten used to anyway. Certainly Lost or 24 or Prison Break have been doing it, so I feel like it's not like we're doing something that's never been done before." 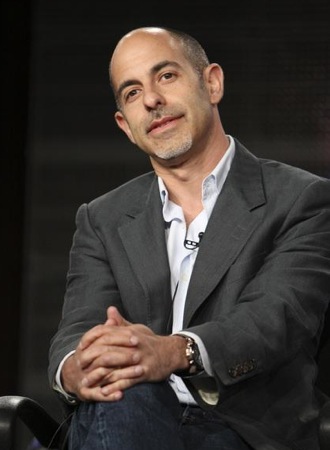 The only potential downside is that the episode dealing with April 29 might not fall on April 29 anymore. "We don't know," Goyer said. "When we were originally coming back on March 4, that was still possible. That may be one of the casualties of American Idol. We had obviously always intended on that. In most of the foreign countries, April 29th wasn't going to coincide. We're trying to see if we can still engineer that, given our slightly shifting schedule."

The producers of FlashForward will take advantage of the extra time to catch potential viewers up on the first 10 episodes. A DVD of the first volume of season one comes out Feb. 23. Producers are also planning a recap show, summarizing the first 10 episodes, before the March 18 premiere.

FlashForward premiered to strong numbers in September but steadily dropped each week of its fall run. ABC gave the show a full-season order, ensuring that it will reach its first-season finale.

Goyer also revealed that he has already discussed a second season with the network.

"We just pitched season two to the network right before this," Goyer said. "[It went] well. We're excited about season two. I will say there's no way we could do season two without having set up season one, but season two is pretty cool. I hope we get to do it." 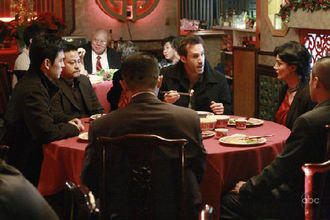 There may be a ratings number that the second half of the season would have to hit in order for ABC to renew it, but the network has not given the show any specifics. "I don't know what that number is," Goyer said. "They haven't told us, because the other factors are the DVR numbers, and we are also doing incredibly well overseas. I mean, incredibly well, like smashing records overseas. So it's a complicated formula. It's not anymore just 'Well, how many millions of viewers are tuning in at the moment it's there?'"

One of the show's original producers, Marc Guggenheim, left the show in October. Though some fans worried that a staff shakeup meant the show was in trouble, Goyer confirmed that Guggenheim simply left to fulfill his own production deal at ABC.

"I had never been on a show the whole time all the way through," Goyer explained. "I'd sort of dabbled in television before, and when we started, also, I was working on a couple of feature projects. There was no question that I needed somebody, in the case of Marc Guggenheim, to help me kind of get the show up and running. Also, I was directing the second episode and doing second unit for episodes three, four and five, so I needed somebody to help kind of run the [writers'] room when I wasn't there. Once I finished those obligations and we got everything going, Marc had a deal with ABC anyway. We just didn't require that anymore."

If there's any difference about the second batch of shows, Goyer says it will be a positive one. "I think you'll see, for lack of a better word, a lot more kind of muscular storytelling, big questions being answered, and a lot of big developments after," he said.