Robert McGinnis might be a name you're not immediately aware of, but you've definitely seen his art. Posters for James Bond and Barbarella are on his resume, as are the covers to the many Hard Case Crime series of paperbacks. He also did a poster for Pixar classic The Incredibles that is only now being seen for the first time.

It was Incredibles creator (and one of animation's all-time greats) Brad Bird who tweeted the poster, noting that it was, like much of McGinnis's work, hand-painted. Check it out! 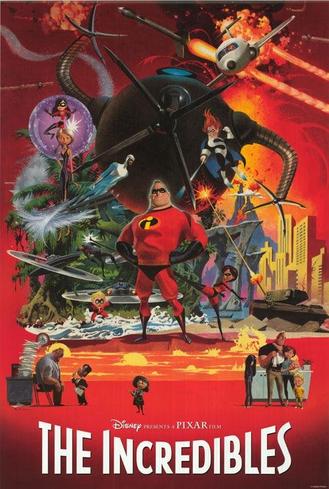 It's gorgeous, but we get why it wasn't used. Ultimately, the individual character posters that showed up in theaters around the world were more striking and featured designs using the actual CGI that would appear in the film. Still, it's pretty neat and would look great hanging on your wall, huh?