AMC announced the casting of English actor Andrew Lincoln (Teachers) as the lead character in its upcoming zombie apocalypse series The Walking Dead. Lincoln will play Rick Grimes, a small-town police officer who leads a group of survivors of a zombie apocalypse.

Lincoln isn't well known on this side of the pond, having appeared in small roles in feature films such as Love Actually and Human Traffic, as well as on British TV.

The official announcement is below. The series—based on the comic-book series written by Robert Kirkman and published by Image Comics—begins production in Atlanta in June for a debut in October. 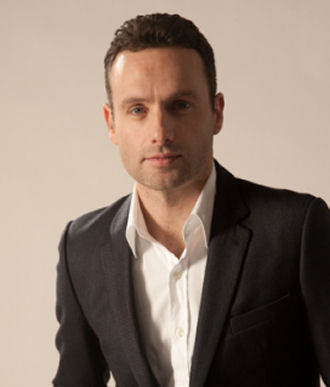 New York, NY - April 6, 2010 - On the heels of AMC announcing it has greenlit The Walking Dead for six episodes, for season one, AMC announced today it has signed Andrew Lincoln (Teachers, Enduring Love, Strike Back) to portray the lead role of Rick Grimes, a small-town police officer who leads a group of survivors of a zombie apocalypse. As previously announced, actor Jon Bernthal (The Pacific, The Ghost Writer) will portray the character Shane, a survivor who was Rick's police partner before the zombie disaster. Today's announcement also includes the addition of Jack LoGiudice (Sons of Anarchy, Resurrection Blvd) as Co-Executive Producer. Based on the comic book series written by Robert Kirkman and published by Image Comics, AMC's The Walking Dead is scheduled to premiere this October during AMC Fearfest, the network's annual blockbuster marathon of thriller and horror films. AMC Fearfest (formerly known as MonsterFest) is celebrating its 14th year by airing 14 consecutive days of themed programming with more than 50 films.

"Andrew is an incredibly gifted actor. He has the presence and attitude to bring this character and story to life. We are thrilled that he is joining the cast," said Joel Stillerman, SVP of original programming, production and digital content.

"Andrew Lincoln, wow--what an amazing find this guy is. Writing Rick Grimes month after month in the comic series, I had no idea he was an actual living breathing human being and yet here he is. I couldn't be more thrilled with how this show is coming together," said Kirkman.

The Walking Dead tells the story of the months and years that follow after a zombie apocalypse. It follows a group of survivors, led by police officer Rick Grimes, who travel in search of a safe and secure home. The comic goes on to explore the challenges of life in a world overrun by zombies who take a toll on the survivors, and sometimes the interpersonal conflicts present a greater danger to their continuing survival than the zombies that roam the country. Over time, the characters are changed by the constant exposure to death and some grow willing to do anything to survive.