We have almost reached the end of 2011 TV, but some series are still soldiering through. In fact, a couple of them will keep on airing new stuff almost right up until we count down at midnight this weekend.

This week, American Horror Story and Terra Nova both ended their seasons, Horror Story with strong numbers and Terra Nova with passable ones. Then there's Sanctuary, which is preparing to close out its season amid the holiday bustle and still hold on to its viewership. And Chuck is still pressing on toward its series finale.

Check out our chart and commentary for more on how your favorite shows are doing. 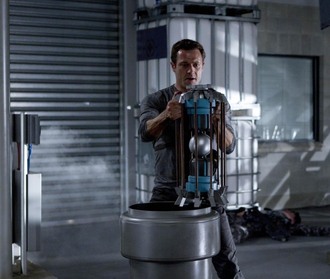 Terra Nova has now completed its first season, and we still don't know if it will get a second. The season finale numbers did nothing to clarify things. The show finished with its highest viewership and ratings score since mid-November, but it still only managed a little more than 7 million viewers. That's never been a bad number, but as we've said time and time again, it might not be worth the cost of the show. Still, the producers remain optimistic about more Terra Nova, so we'll see what happens when FOX hands down its verdict. 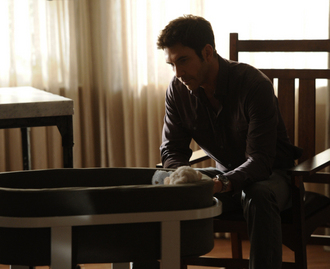 American Horror Story also closed out its first season this week, and the news was much better for this show. Not only did it win its night (which it's been consistently doing all season), but it also finished with its highest viewership ever, topping even the series premiere. The future looks bright for this very dark show.

Big Bang Theory is done for 2011, but there's nothing up in the air here. It's a hit, it keeps being a hit, and it likely won't stop being a hit anytime soon.

Person of Interest is done for 2011, and it finished the year strong. This is one new drama that looks like it's got a future at CBS, unlike the seemingly doomed A Gifted Man.

The Vampire Diaries will return with new episodes in 2012 and hope to carry the momentum it was building when it closed out the year.

The Secret Circle isn't doing badly for a CW show, but it is doing badly when you stack it up next to The Vampire Diaries. We'll see if that can change next year.

A Gifted Man might be canceled eventually, but right now it's just waiting to return in 2012 and see if it can do better. But even if it does, it might be too little, too late. 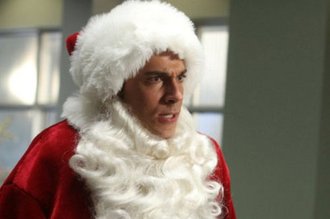 Chuck actually posted a gain in spite of Christmas weekend, picking up a few viewers, a 10th of a ratings point and a share point Friday night. The loyal audience is sticking with this show, and they're about to get the goodbye they've been waiting for.

Grimm is done for 2011, and it's facing some serious uncertainty. Its numbers haven't been bad, but they haven't exactly been very competitive either. Here's hoping it doesn't fade away too fast.

Supernatural is just waiting for its 2012 return and the chance to get some better numbers going. They haven't exactly been dismal this year, but they could definitely stand to be better.

Clone Wars will be back in 2012. The viewers haven't been coming in droves, but they're still coming. 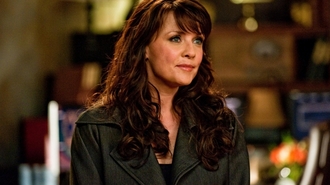 Sanctuary lost more viewers for the first part of its season finale but actually managed to gain a ratings point. That means fewer people were watching TV across the board, and Sanctuary managed to hold a larger percentage of them this time. The second part of the finale hits this Friday. With any luck this show can go out with a bang.

Once Upon a Time ended 2011 on a downward trend. When it started, the show was riding so high that losing a few viewers wasn't a big deal. But then it lost a few more. If it keeps losing, 2012 might not be such a great year for the fairy tale.