On the heels of Zack Snyder's statement that he's going to treat his Man of Steel as if no previous Superman movies existed comes the news that Kevin Costner will be playing Pa Kent opposite Diane Lane's Martha. I guess Snyder's first departure from canon is to make Clark's adoptive parents hot.

Apparently, it took a whole month to lock down what had been floated about a month ago, that Costner would be joining Snyder's Superman reboot. Back then, it was unclear who the Oscar winner would be playing—for the record, we still think he'd have been an inspired Lex Luthor—even if we all sort of knew he'd be playing one of the two parental lights that Clark Kent would set his moral compass by.

Oh, and just to remind you, this is what Superman's mother will look like: 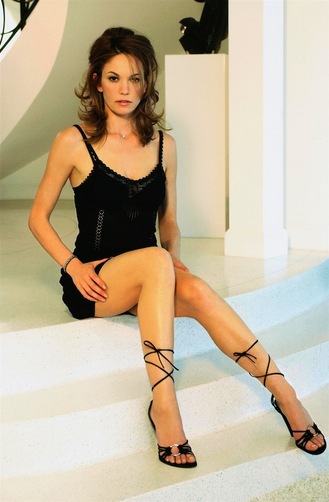 Now, Glenn Ford was a handsome man, and John Schneider and Annette O'Toole are perfectly attractive people, but Henry Cavill's Clark Kent will have the hottest super-parents ever.