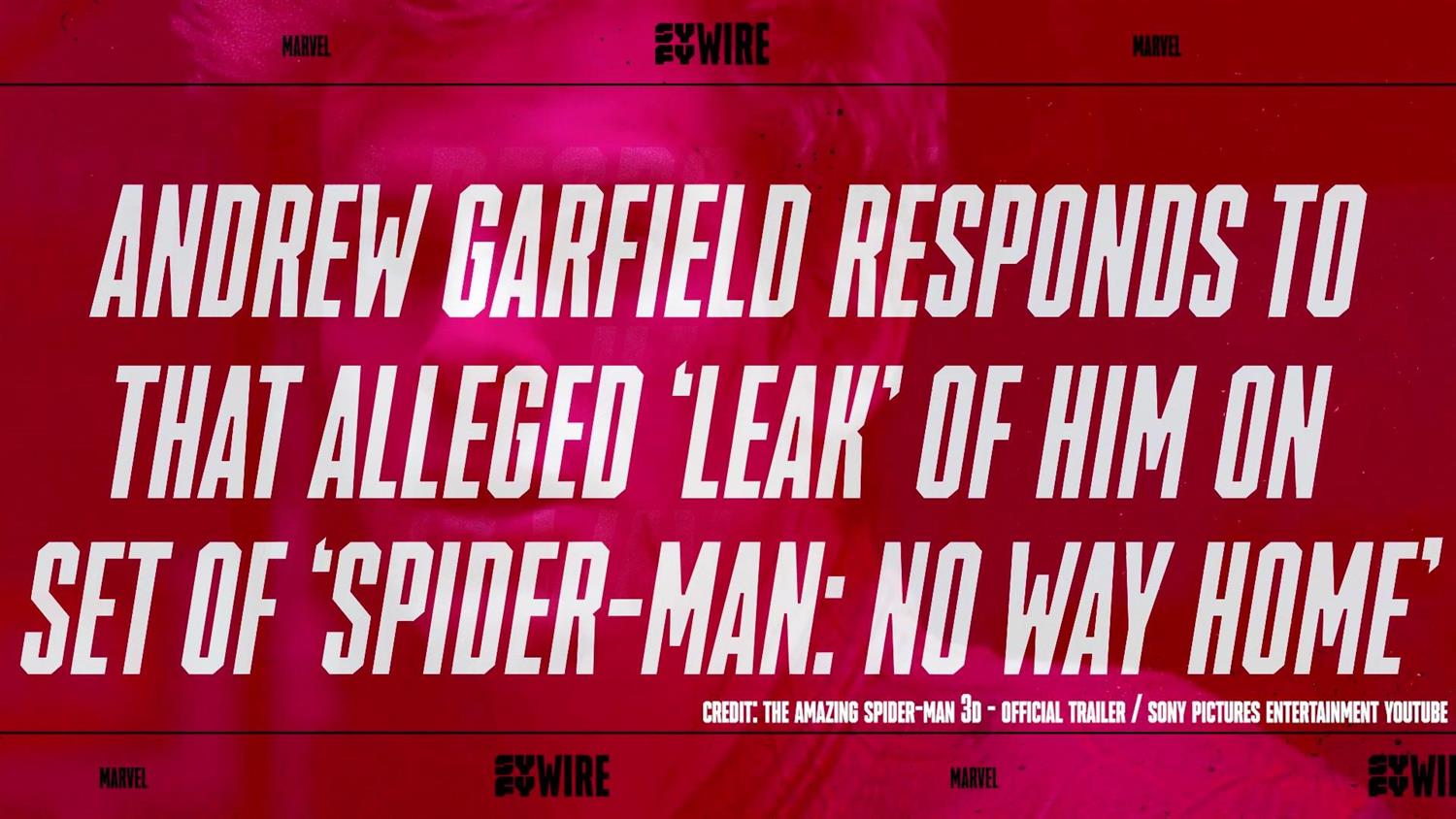 Andrew Garfield responds to that alleged 'leak' of him on set of Spider-Man: No Way Home: 'It's a Photoshop'

The thing about internet speculation, particularly when it comes to super-secretive comic book movies, is that once you let an idea out into the world, it's very hard to suppress it into nothing again until the exact moment the movie itself denies the idea. There's always some fan, somewhere, who's ready to believe their favorite character is coming back, or their favorite storyline is getting referenced, whether we're talking about Mephisto showing up in various Marvel streaming series or multiple Spider-Men banding together to stop a multiversal threat.

It's that latter idea that's been plaguing Andrew Garfield for the past few months, and on The Tonight Show Monday, he had to get a head-on grilling about it from host Jimmy Fallon.

Is Daredevil in ‘No Way Home’? Fans think they’ve spotted Matt Murdock in new ‘Spider-Man’ trailer
Charlie Cox responds to that Daredevil theory from 'No Way Home' trailer: 'Those are not my forearms'

Garfield was on the show to promote his new film The Eyes of Tammy Faye, but of course Fallon couldn't let him go without bringing up the rumors that Garfield, alongside original big-screen Spidey Tobey Maguire, are both set to return as alternate versions of Peter Parker in Spider-Man: No Way Home. The third solo film to star Tom Holland as Spider-Man has already introduced the multiverse into its first trailer, and revealed that past villains like Alfred Molina's Doctor Octopus (from the Maguire era) and Jamie Foxx's Electro (from the Garfield era) will be returning as Holland faces multi-dimensional mayhem.

This has, of course, prompted plenty of speculation that past Spider-Men are bound to return alongside their villains, and that speculation kicked into high gear when images of Garfield supposedly on the film's set began to circulate around the internet. Though he didn't show any image of Garfield's alleged participation (dubbing the photos "erased off the internet"), Fallon did bring up that a photo of Garfield and Maguire together is "going around."

"You're sure about that?" Garfield asked.

In the video below, you can hear Fallon's studio audience start shouting at Garfield's video screen to agree with Fallon, claiming they'd also seen the image. When Garfield asked to see the photo, Fallon only said it had been "erased," prompting Garfield to quip: "Oh, how convenient, Detective Fallon!"

Finally, Garfield had to offer an explanation:

Members of Fallon's audience then began to shout "No," leaving a frustrated Garfield to respond.

"I'm trying to manage expectations. You say 'No.'"

Garfield did go on to note that he has at least seen the trailer for No Way Home, along with every other Spider-Man fan on the planet, and that "Tom Holland is just the perfect Peter Parker and Spider-Man," so we can at least probably confirm that he will watch the movie later this year, whether or not he's in it. As for those rumors...well, they probably won't completely die down until after the closing credits.

Spider-Man: No Way Home is in theaters Dec. 17.