ANOTHER superhero show? Here's how ABC's will be different

So we hear there's going to be a new superhero show coming to television this fall. But what's going to make it different from Heroes, Smallville or next year's The Cape? Uh ... this one's on ABC? Actually, No Ordinary Family has much bigger differences than that.

In No Ordinary Family, the Powell family goes on a family vacation to Brazil. After their plane crashes, they emerge from the glowing water with new powers. A family of superheroes? Ordinary people discovering new abilities? Once you get beyond the Incredibles and Heroes feel, it does sound like Family has something new to say.

It's two shows in one 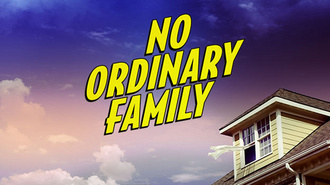 For one thing, No Ordinary Family won't just be about superpowers. It'll have all the fun action of superpowers but with a more common backdrop.

"It's kind of, in some ways, a fun throwback to some of the action-adventure series that I used to love and watch as a kid, blended with, hopefully, a great family show," Berlanti said. "I think as audiences get more and more sophisticated, you look for ways to sort of blend genres. So with this, we tried to sort of blend all the fun of a show, a big action show, with a real fun, intimate family show and see what happens. That distinction, I think, is not something that everybody can find everywhere else on the dial."

It borrows, but it borrows from the best 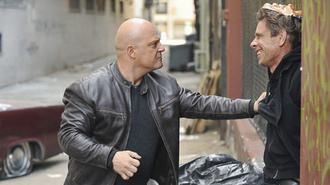 Michael Chiklis admits a family of superheroes isn't the most original story, but nothing is. The trick is to borrow the best elements and make something special.

"I'd make a music analogy," Chiklis said. "Everything comes from somewhere, from some influence. If you look at any great musician, they have influences throughout their lives growing up. They listen to all these different musicians, and they take and they borrow from all of them, and that sort of amalgam of different influences manifests itself in them being an individual artist. That's the way I kind of feel about this show. It borrows from a lot of different things that we've loved, and because it's an amalgam of all those things, it ends up being something completely unique and different."

The whole family can watch it. I mean, watch it together in the same room. 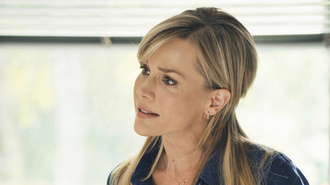 "Family show" usually means the kids can watch it while the parents wait for their shows to come on. No Ordinary Family wants to entertain the whole family at the same time.

"To me, these powers are a metaphor for how a family can repair itself or [how] a family can feel, let's say, as special as the beautiful, all-American family across the street," Feldman said. "So it's really borne out of emotions and wish fulfillment and the deficiencies perceived that we all feel. We're trying to tell the show with an emotional truth, and I think the values and the messages that we're exploring are really not only appropriate for a family, but appropriate for a family to watch together. We're trying to honor that. We're not trying to play fast and loose and bring families into something that is not truly a family show, but it really is at its core."

Single people can watch too. This show is for everybody. 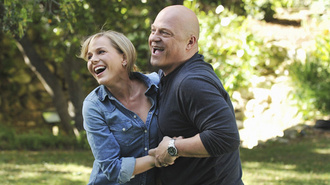 No Ordinary Family won't be happy playing either just to superhero fans or just to families. They want kids, parents, single adults, men, women ... everyone!

"There's something for everyone, different ages," Berlanti said. "These days, more and more, it seems like shows are structured towards this niche or that niche, the show's for men or the show's for women above 30. With this, we wanted to make something that the whole family could watch together, and unfortunately, those shows, I think, are fewer and fewer."

This time it's personal 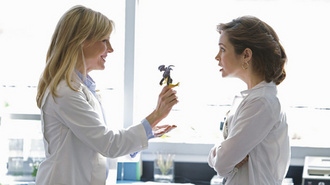 Okay, it's always personal in movies and TV, but you hardly ever get to see superheroes use power in daily life. There's usually one funny scene and then they get back to business.

"You actually see these superpowers being used, rather than necessarily to save the world, but to save a family," Malco said. "I notice in Michael's character particularly, this newly found independence, this sense of purpose, and it's interesting seeing a regular human being going through the process of identifying what his purpose on the planet is going to be. Jimmy's character and the way he keeps his superpowers a secret to basically make a mockery of the teachers. So it's comedic, but it's very heartfelt and inspiring."

It's more fun than family therapy 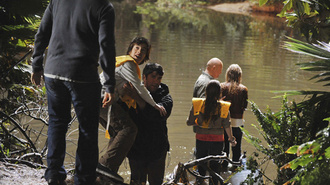 If your family has problems like the Powells in real life, you have to pay an expert to help you work through it. The Powells get to have fun working through their issues.

"The origin of their powers really stems from things that they may feel like they're lacking in their life," Berlanti said. "We explore that as the series goes on. So, that's how we thought of it. The kid with a learning disability is super-smart, the mom who feels like she can't be everywhere at once gets speed, the dad who feels like he's lost the strength in his relationship and his life gets strength, and the daughter who only cares about herself and is only thinking about herself is suddenly forced to think about everybody else. It speaks to who they are as people."

No saving the world, not just yet 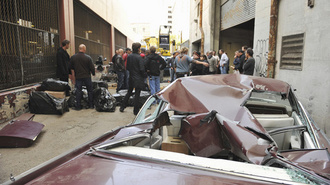 There may be some bad guys in No Ordinary Family and the Powells will have to step up, but that'll just be kind of like the part-time job. The show will focus on the other stuff.

"In the writers' room, when we come in, it's always 'What do we want to say with these characters this week?" Berlanti said. "If we're fortunate enough to go many, many years, it would all lead up to the comic book. The end of the show would be how the family finally all got together and did whatever they did in the sci-fi world. To me, there's a billion stories to tell before that moment." 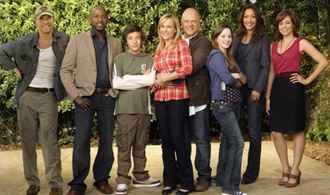 If you like superheroes, No Ordinary Family's got 'em. If you don't, they've got stuff for you too.

"The superhero element or the superpower element creates such a broad palette for us to paint on and have fun with and be that much more entertaining," Chiklis said. "So this has great appeal to people who might not be interested at all in sci-fi. Some people's heads turn off when you say sci-fi. They just go, 'Oh, that's not for me.' I submit that people who aren't really particularly interested in sci-fi would be interested in this show, because it's innately relatable on a familial level. Yet people who are into sci-fi will be into the show too, because it has that element. So again, like a musician who borrows from all these different great musicians, their own style comes out of it, and this is something entirely new. This isn't Heroes. It isn't The Incredibles. This is No Ordinary Family."

At least it's not another CSI

Forget about other superhero shows for a second. Most of TV is mysteries with crack teams of detectives solving the case of the week. At least No Ordinary Family isn't that.

"You know, if you look at television landscape, there's such a sameness to so much of it," Chiklis said. "There's endless amounts of procedurals, and the superhero genre is really coming into its own as the genre in and of itself. We usually have to wait to see things like this on the big screen. The scope of the show is rather large, and even though it's intimate and it is a family show, the superpower thing wrapped around it just makes it all the more fun and entertaining and exciting."