Ever since Bryan Singer was confirmed for Days of Future Past, it's been raining X-Men. From older Professor X and Magneto to Wolverine and possibly Cyclops, everyone's getting a second chance.

More Days of Future Past

Cummings' Nightcrawler was one of the best comic-to-screen adaptations. He had the look and the accent down to a science. Plus, who can forget that opening scene in the White House? We'd love to see him again.

So how could he fit into the sequel? In the comics, Nightcrawler's the son of Mystique (Jennifer Lawrence) and Azazel (Jason Flemyng). And both characters appeared in X-Men: First Class. Unfortunately, they'd have to retcon his meeting Mystique in X2. But with time travel and alternate timelines that can be arranged, right? 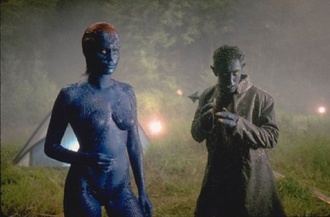