When it comes to sci-fi alumni, Arrow is the place to be. The CW hit has added another guest star to its growing roster. What would be better than a visit from Captain Jack Harkness? How about one from Cmdr. John Crichton?

It's being reported that Ben Browder is heading to Arrow. The actor's been cast as the DC Comics character Ted Gaynor. He'll make his debut in episode 11, where he comes between Oliver and Diggle's budding partnership.

Gaynor and Diggle served together over in Afghanistan. At the time, Gaynor was his commanding officer. Now he's in Starling City, working as a bodyguard for the Blackhawk Squad Protection Group. 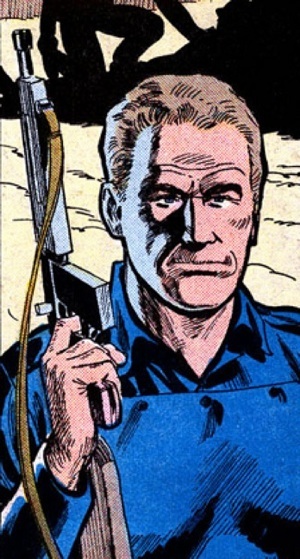 Browder's best known for his roles as John Crichton on Farscape and Cameron Mitchell on Stargate SG-1. He's recently appeared on episodes of Chuck and Doctor Who. Browder makes his Arrow debut early next year.

Arrow airs Wednesdays at 8 p.m. ET/PT on The CW.

What do you think of Browder joining the show?