Oliver Queen's not the only archer in town. Arrow's bringing a female adversary/ally from the comics, who shares a past with the hero. Her intentions are vague, but her name is clear—Shado.

Producers are looking to cast an actress to fill Shado's shoes. In the comics, she and Oliver have a lot in common, including (ahem) a kid. She's also armed and extremely dangerous. Shado's a highly trained martial artist and a master at Kyudo, Japanese archery.

The character debuted in 1987's Green Arrow: The Longbow Hunters. When it comes to TV, she'll premiere in Arrow's 14th episode, called "The Odyssey." The daunting title is a perfect fit for such a gray character. Despite all the mystery, one thing's for sure—you will see her signature dragon tattoo. 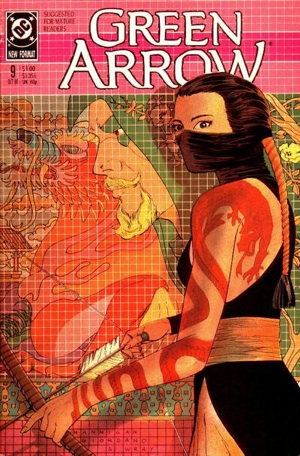 At the moment, Oliver has his hands full with women. Laurel has his heart, but he's hitting the streets with Helena (Huntress). Now Shado's getting thrown into the mix. He's a busy boy.

Arrow airs Wednesdays at 8 p.m. on The CW.