Trailers for the movie Battleship are hitting the web, and it certainly looks fun. On routine war game maneuvers, a Navy fleet stumbles on an alien spaceship. Hijinks, as you might expect, ensue with Michael-Bay-like enthusiasm, with swarming alien battle tech, explosions and mayhem.

We even get a glimpse of what are presumably the aliens themselves, ensconced in armor, invading so they can ...

... well, what, exactly? The trailers don't make it clear. Maybe they want to invest in Milton Bradley.

That would certainly make more sense than any of the usual reasons given for antisocial aliens to set their three-clawed feet on our home planet. After all, it's a long trip for them, and they'd better have a seriously good motivation for making it—but in the movies they never seem to. If I were the science advisor to an alien fleet, the first thing I'd ask is "Is this trip necessary?"

Let's take a look at the usual answers Hollywood provides, and see if any would save our would-be conquerors a little time and effort.

First, I want to point out that in movies, aliens suck at invading us. I mean, they're really awful at it. They come here in vehicles that have technology that is centuries in advance of ours—it'll be a while before you can pop down to the dealer for a faster-than-light ship—yet we always seem to defeat them with whatever's handy: bacteria, handguns, computer viruses, (in the case of Arnold versus the Predator) mud and sometimes just good ol' human stick-to-itiveness. 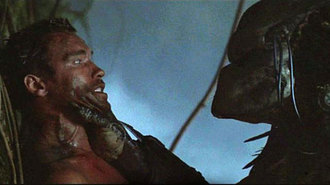 That seems unlikely. Think of it this way: at typical interstellar speeds, impacting a marshmallow is the explosive equivalent to lighting off a decent-sized tactical nuke. If an alien ship can survive slamming into the junk floating out there in space, they won't have too much trouble shrugging off a Tomahawk missile or two.

And if their goal is to wipe us out, landing ships on our planet and shooting at us is pretty dumb. It's logistically difficult, and we shoot back! A far better idea is to stay safely in space and push a couple of dozen half-mile-wide asteroids into the Pacific and Atlantic oceans. There's nothing like wave after wave of thousand-foot-high tsunamis scouring the coasts of all the continents clean to demoralize or entirely wipe out your enemy.

But maybe that's not their goal. Maybe they're here for more nefarious purposes.

In movie after movie, aliens come here for our precious resources, usually water. At first glance that makes sense; after all, 70 percent of Earth is covered in water.

But on second glance that logic falls apart. For one thing, water is pretty inconvenient for packaging and shipping. It doesn't compress, it's heavy, and it's hard to pump quickly from one place to another. 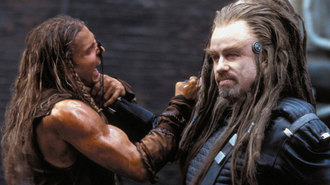 Worse, it's sitting way down deep in our gravity well! Plunging into the inner solar system to Earth is hard enough, but then landing, grabbing all that water, and then taking off again? That's a huge amount of energy wasted just to wet your whistle (or whatever mouth parts aliens have). And it's worse when you look at the solar system as a whole. Orbiting the sun out past Neptune are gigantic repositories of water, essentially comets hundreds of kilometers across, in the convenient form of solid ice. Why would aliens blow right past all that prepackaged water to get to us way down here?

The same is true for a lot of other natural resources; asteroids have minerals and metals that can be used for all manner of things, and you can mine them to your circulatory organ's delight, again with no pesky humans to rise up and kill you.

Of course, maybe they don't want our water. Maybe they want us. Specifically, to eat. Billions of free-range humans are simply too irresistible for drooling aliens, and they have come To Serve Man. 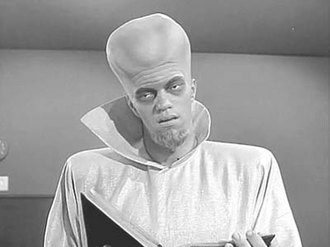 But I'm not buying it. It seems pretty far-fetched that aliens would be able to use us for food, let alone find us tasty. Most of the life on Earth is useless or worse for us to eat—unless you like your dinner of oak tree braised in a lovely stew of mushroom alkaloids—and we evolved here. Aliens that arose in an entirely different biosystem would as likely find dirt as efficacious a diet as people.

Did the Earth Stand Still For You?

Mars may need women, but do we need Martians? The idea of aliens coming here to mate with us was taken literally in a lot of 1950s sci-fi flicks, but it's an easy one to slap down: If you don't find a gooey, slime-dripping alien the epitome of bedroom appeal, why would they think that of us? 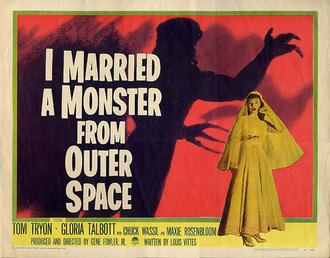 Sure, it's been updated in modern times, with the Alien using us as incubators, or Vulcans breeding with humans after a wee bit of genetic modification. But neither of these makes a lot of sense. We might make nice, warm, ambulatory wombs for some alien, but humans turn out to be intelligent and prone to disliking being used in this manner. I suspect grabbing a herd of cows would be easier, and they aren't prone to fighting back.

And for breeding with Vulcans, well, slash fic aside—being able to have sex with aliens, let alone produce viable offspring, is about as likely as it happening between you and a lobster. Actually, that would be a whole lot easier. Sure, Star Trek put out the idea that there was an original humanoid race that seeded the galaxy, but that was billions of years ago. We wouldn't be able to breed with an Australopithecus, and they're a lot closer to us genetically and in time than this galactic alien seeding experiment. An alien evolving on another planet would be as sexy to you as a paramecium. And that's just cilia.

OK, so they can't eat us or do the nasty with us. But what about slavery? Seven billion humans would make quite the industrial workforce. 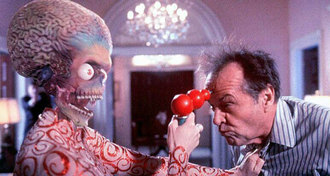 Again, consider the technological situation of these invaders. They came from another star! They'd have to be pretty advanced. It's hard to come up with a reason they would have that sort of tech and still need grimy bipedal slaves shackled together, carrying rocks from one place to another. We're close to having robots that can do this sort of thing, and you don't have to feed them or clean up after them when they poop everywhere.

The same argument can be made for them wanting to steal our technology. They're centuries ahead of us, but I've thrown out phones that are two years old. Their desire for 2800 BAUD modems is probably low.

So they can't eat us, can find natural resources more easily elsewhere, can't make the beast with two (or more) backs and probably won't need our old Nintendo 64s. So what else could it be?

Maybe they just need more room—but there must be lots of Earthlike planets that aren't infested with life that fights back. Perhaps they've conquered their own world and turned their envious eyes toward us. Again, though, sending ships to land here is a losing gamble. It could be they're religious zealots and want to spread the Word of Zgplorfum—but then why invade us by force? Still, maybe Zgplorfum is a jerk. Gods can be touchy that way. 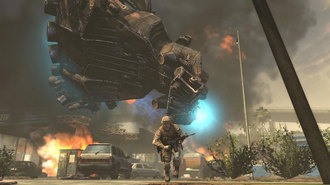 Or maybe there's just some inherent thing in an alien's psyche that makes them need to invade us, and it's just so alien we can't understand it. Heck, we have a hard time understanding family members, let alone aliens that may not even have a centralized nervous system. I'd be willing to buy this premise, if it were handled well.

The problem is, most aren't. The reason the aliens come here is usually an excuse for the movie, not the central point. Look, I'll sit down with a tub of popcorn and watch Independence Day every time it's on the tube—but just once, I'd like to see aliens do it right.

Earth is a long way from anywhere, so if they're going to come here and go to all that trouble of invading us, they really should check with me first. I'd be happy to show them the error of their ways.

Here's the version of James Cameron's 'Aliens' that you never saw
Raised by Wolves creator says it's a 'close cousin' to the Aliens universe, but doesn't quite 'link up'

Phil Plait is an astronomer/writer hybrid who uses electrons for sustenance. He has never written any slash fic.