Science fiction author Kevin J. Anderson isn't sure which superhero he may take on in his next book, but he hints that he's very interested in writing a novel about Wonder Woman. He's also working on a fantasy book series Terra Incognita, which is coming out in June.

When calling his home in Colorado, SCI FI Wire interrupted him while he was editing the second book of his series. "I just was editing the part where the princess needs to be saved from the desert raiders," he said in an exclusive interview. "It's a big fantasy series with sailing ships and sea serpents and the Crusades and such. That book comes out in a couple of weeks, and we'll do publicity on that one then."

The Duneiverse is expanding! New books & comics coming to spice up Dune world ahead of upcoming film
The world of Dune expands in exclusive first look at 'Blood of the Sardaukar' comic series

Right now, he's promoting his latest book, Enemies & Allies—about the meeting of Batman and Superman—and is appearing at the UCLA Festival of Books this weekend.

Anderson is well-known among SF fans for his books based on characters in the Dune, Star Wars, X-Files and DC Comics universes. "I am like the guy with the TV remote going from one channel to another," he said with a laugh. "Why get bored with one thing or one style?"

One thing he did spill the beans on is a rock CD that will coincide with the release of his fantasy series. He and his wife Rebecca Moesta wrote the lyrics for music that will be performed by rock singers in Asia, Dream Theater, Kansas, Ghost Circus and others. "It will be an innovative crossover project that we're very excited about," the author said.

Although he doesn't have an OK yet, he's very interested in adding Wonder Woman to his list of novels. "She's interesting, because in the comics she is the most powerful woman on the planet and saves the planet, but is swooning because she's waiting for Steve Trevor to ask her to marry him," Anderson said. "When I wrote Lois [Lane] in the latest book, I tried to make her not like that." 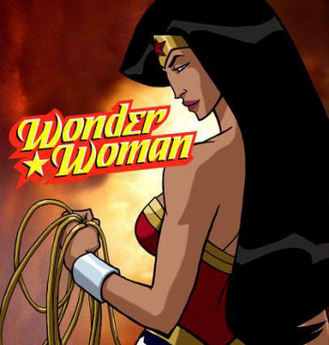 Anderson admitted he's reading a lot of Wonder Woman comics now. "We have to get the basics of what we want to do and see if it's something everyone is excited about," he said. "There was a new Wonder Woman animated movie that came out a few weeks ago and we'll see. It would be difficult to bring her into the world of Batman and Superman, because there are real Greek gods who pop out of the ground, and they have flying horses. I'm not sure how that would all work."

Anderson and his wife are attending the Nebula Awards ceremony in Los Angeles this weekend. He will also give a lecture and sign his books at the UCLA Festival of Books.