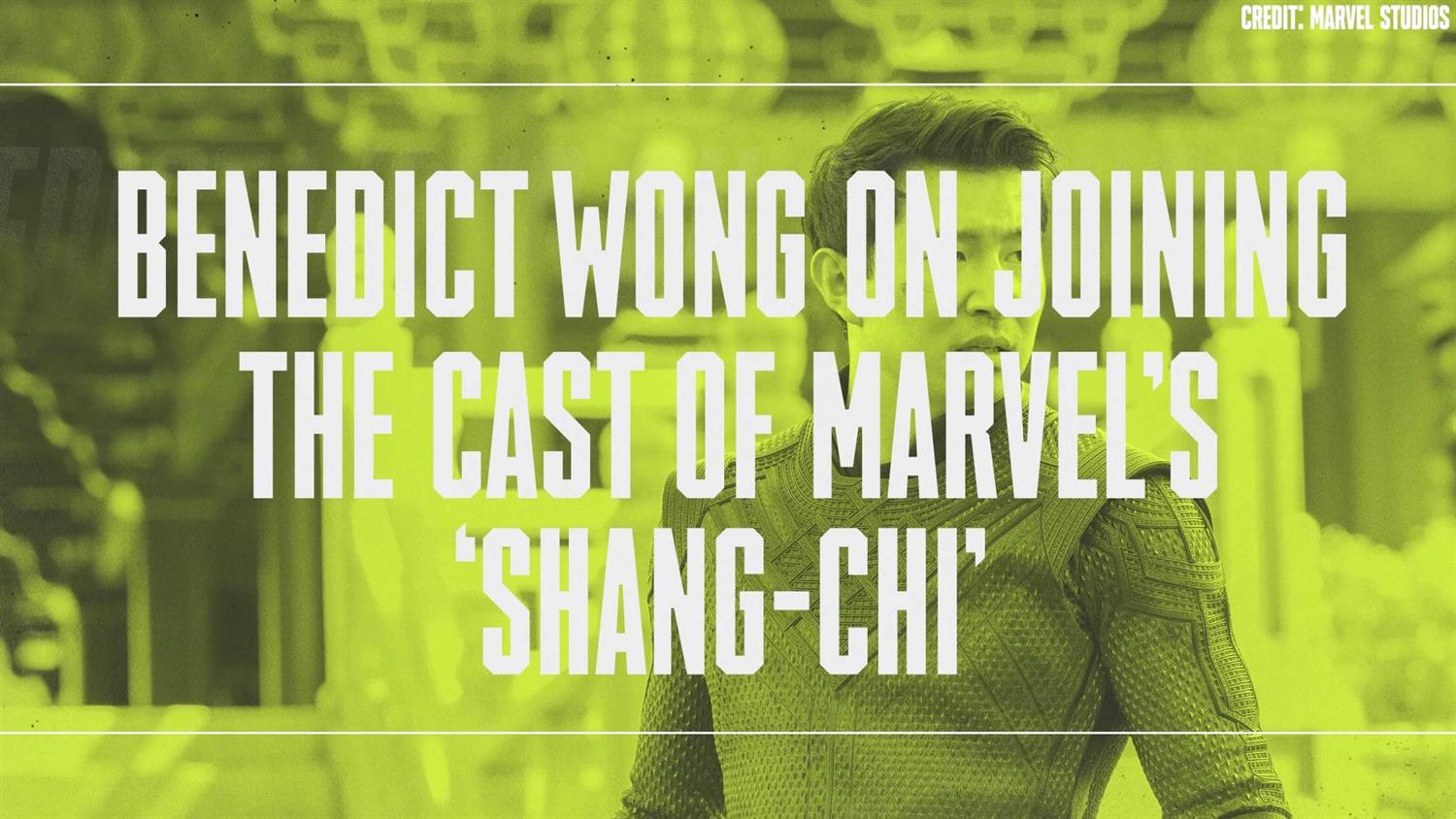 It was only a month ago that the official trailer to Shang-Chi and the Legend of the Ten Rings dropped giving audiences the longest look at the brand new hero, Shang-Chi (Simu Liu), and the narrative extension of the Marvel Cinematic Universe.

And in true Marvel Studios style, the trailer had a tag scene which revealed a heated cage match battle between Abomination (Tim Roth) last seen in The Incredible Hulk (2008) and Doctor Strange's ally and Master of the Mystic Arts, Wong (Benedict Wong).

A Ring of mystery? Let's talk about that mysterious end credits sequence in Shang-Chi
Marvel's What If...? brings in Dr. Strange for a dark and heartbreaking episode

No one saw that coming, and as it turns out neither did actor Benedict Wong.

An official member of the MCU since Doctor Strange (2016), Benedict has now been in three films (Avengers: Infinity War and Avengers: Endgame) with the announced casting in the future title of Doctor Strange in the Multiverse of Madness. And while it seems like a no-brainer for Wong to be included in Shang-Chi and the Legend of the Ten Rings, Wong told SYFY WIRE during his press tour for the upcoming Sony Pictures Classic film Nine Days with Winston Duke (Black Panther) that intitally he was not part of the Shang-Chi fold.

"When Shang-Chi was happening, I was so pleased that it was happening but I was a little kind of crestfallen I wasn't a part of it," Wong shared. "And then the call [from Marvel Studios] came. And I was like, 'Yes!'"

Per usual, Wong wasn't allowed to spill details yet about that duke-aroo with Abomination or what put Wong in the situation, but he did offer his potent excitement for what's to come.

Credit: Shang-Chi and the Legend of the Ten Rings / Marvel Entertainment

"You know, I'm super thrilled," Wong said. "And then to be sat at a table of Asian excellence, it was amazing. And I'm a big fan of all of those artists. Tony Leung (In the Mood for Love) is a massive idol of mine. So it's been constant surprises, that's what [the role of Wong] gives me."

In the meantime, Benedict Wong co-stars with Duke in the supernatural existence film, Nine Days in theaters on July 30. And Shang-Chi and the Legend of the Ten Rings is in theaters on Sept 3, 2021.