Beware The Batman was the Dark Knight's most underrated cartoon

It's been rough going for any Batman cartoon to debut past 1992. Batman: The Animated Series, despite the fact that it debuted over 25 years ago, still casts a shadow over all other cartoon depictions of the Caped Crusader. Whether it's the highly stylized, anime-influenced The Batman, or the goofy, endearing Batman: The Brave and the Bold, none of them have been able to escape unfavorable comparisons. They could create a Batman cartoon that cures cancer, and still people would admonish it for not being Batman: The Animated Series.

However, there was a series, one that was canceled way before its time, that could have ended up matching that legacy of greatness. Beware the Batman, which debuted in 2013 and lasted just a year, checked off every wish that I could have for a Batman series. It was full of action, with Batman producing about 10 cartoons' worth of spin kicks per episode. It had a great central cast, ranging from the flawed and vengeful Batman to the gentlemanly brawler Alfred to the cunning and intense Katana. And its approach to Batman's villains was novel — rather than start out with the big names and slowly move on to the B- and C-listers, the first episode featured Professor Pyg and Mister Toad. The second episode? Magpie.

Batman: Soul of the Dragon's Bruce Timm on R-rated heroes, James Bond-style opener, and 'superhero dominance'
Christian Bale explains why he turned down the offer to make a fourth Dark Knight film

So, if you're not into a Batman cartoon where the most widely recognized rogues are Ra's al Ghul, Deathstroke, and Killer Croc, stay far away from Beware. Or you know what? Don't. Everyone should've watched this show.

For years, I wondered how a Batman cartoon would pull off the kind of long-form storytelling seen in such amazing superhero cartoons as The Spectacular Spider-Man. BTAS, for the most part, was very episodic, with a decent number of two-parters and some solid character growth throughout. The Batman was a little more into long-term narratives, as it put a lot of emphasis on telling a story that began with Batman's first encounter with heavily costumed freaks and ended with him becoming co-leader of the Justice League. That said, very rarely did specific plot threads carry over more than two episodes at a time.

But Beware the Batman, in its 26-episode run, had multiple storylines, ranging from Ra's al Ghul's plot to plunge Gotham into darkness to Harvey Dent's crusade to stop Batman (a crusade that eventually comes to involve Deathstroke), which meant that you couldn't just start with any random episode. And while this kind of story isn't necessarily better than what we got from BTAS or The Batman, it was a solid effort, one that would've obviously paid off more had Beware the Batman not been struck from existence so early in its lifespan.

I also wish it had gone on longer so that I could've seen more of those spin kicks that I mentioned earlier. There were tons of flashy combat sequences in Beware, but they all had an impact to them. The strikes had some weight behind them. That's surprisingly hard to find in cartoons, which don't usually want to impart to children the scientific fact that the face breaks if something slams into it enough times.

The best example of this is probably in Batman's underground prison fight with Killer Croc, a fight that not only features Batman's skeleton getting turned into pudding but is so traumatic for the Dark Knight that he spends most of the next episode trying to recuperate from the physical wounds and the mental scars left from the fact that he almost killed someone himself.

It was also really cool to see some of those lesser-known Batman villains take on the roles usually assumed by the more famous ones. For example, the Riddler's usual shtick of "SOLVE MY ELABORATE PUZZLE OF DEATH THING, BATMAN" was taken on by the extremely creepy Humpty Dumpty. Crime boss Rupert Thorne was replaced by the charismatic Tobias Whale. And the Joker's role as manipulator and chaos-causer was seemingly usurped by Anarky, who is a lot like the Joker except he's apparently taken way more karate lessons.

On the production side, the team of directors and writers behind the show was top-notch. Directors included Sam Liu (The Batman, Justice League: Crisis on Two Earths, Young Justice,) Rick Morales (Batman: Return of the Caped Crusaders), and Curt Geda (Batman Beyond, Superman: The Animated Series). And on the writing side, we had people like the Adventure Time alum Mark Banker, cartoon journeyman Mitch Watson, and even an episode by Gargoyles creator Greg Weisman. It was like a Mount Rushmore of people I want on a superhero TV show.

That said, the biggest obstacle when it comes to getting people to revisit the show is the fact that it ends on a definite, obvious cliffhanger. And not in the sense that there was more story to tell, but that the story they were telling got shut off right in the middle. Would I let it stop me? No. But it is admittedly hard to invest yourself in a show while knowing that, when it ends, your reaction is going to be "Oh, that's it?"

There will probably be more Batman cartoons. I feel like that's a pretty safe bet. However, in the meantime, it's fun to rewatch Beware the Batman and see a stable version of the character. With the DCEU thrown into chaos, and the movie Batman seemingly switching his entire personality between films, it's cool to see a Batman project with a distinct, clear vision of what it wants to be. So even if you hate the 3D animation, or the fact that the Joker never showed up, or the cliffhanger ending, you can't deny that, above all else, Beware the Batman was confident as hell. 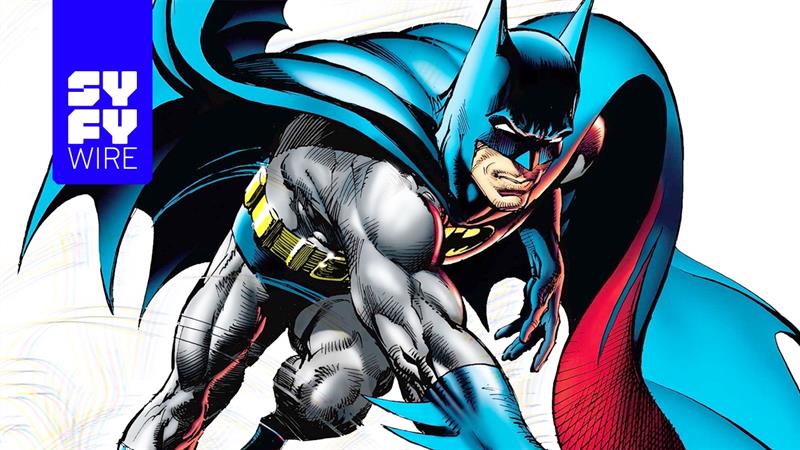