A roundup of some recent and upcoming sci-fi and genre Blu-ray releases:

12 Monkeys. July 28 (Universal Studios Home Entertainment, $29.98)
Terry Gilliam's time-traveling, post-apocalyptic adventure arrives on Blu-ray with a modest slate of bonus materials. The transfer leaves much to be desired and in fact looks only marginally better than a standard-definition release, while the featurettes and commentaries are all holdovers from previous releases. But as a film whose effect only intensifies with each viewing, this is strongly recommended for anyone who doesn't have it, although if you already own a copy it's probably cheaper and no less satisfying just to watch it on DVD. 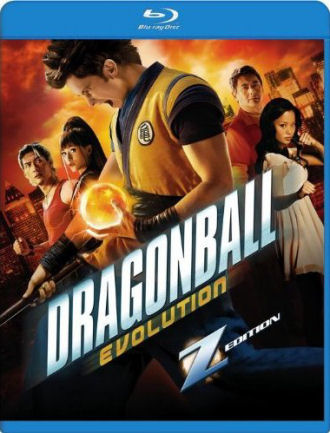 Dragonball Evolution. July 28 (Fox Home Entertainment, $39.98) James Wong gives the hugely popular anime series a multicultural update in this live-action adaptation, now on Blu-ray with a collection of EPK-worthy extras. The movie itself looks pretty great, notwithstanding its passable, adolescent-age fun, but what's most entertaining is the "Goku's Workout" featurette, where two martial-arts experts perform a series of moves against quite possibly the world's worst green-screen backdrop. A must-have for fans of the series but a rental at best for the uninitiated, particularly given its price tag, Dragonball Evolution is mid-level moviemaking in mid-level home-video packaging. 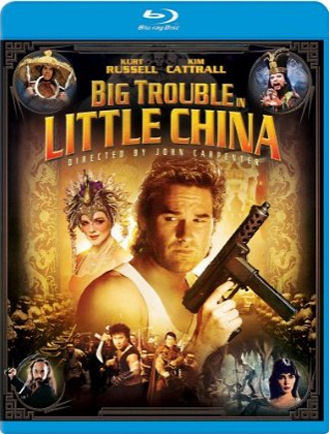 Big Trouble in Little China. Aug. 4 (Fox Home Entertainment, $29.99) John Carpenter's tongue-in-cheek martial-arts adventure is released on Blu-ray with beefed-up presentation and a bounty of extras. The transfer looks good, but not transcendent, while the audio options are significantly improved and the extras are engaging if mostly pre-existing materials from standard-def versions. This is a must-have for anyone upgrading their home-video collection to high definition, but given its repetition of content and only moderate increase in presentation quality, it doesn't necessarily need to be a top priority. 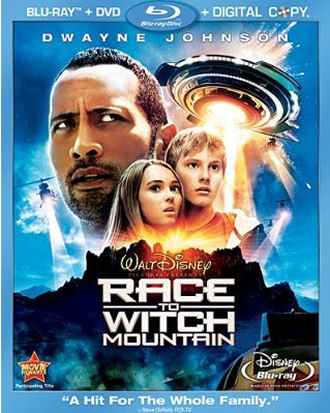 Race to Witch Mountain. Aug. 4 (Walt Disney Studios Home Entertainment, $44.99) Dwayne Johnson's virtually unwatchable remake of the 1970s Disney film finds its way home with only the most minor of bonus content. The film looks fine, excepting its narrative and character-development deficiencies, but deleted scenes, bloopers and a Blu-ray exclusive feature that reveals references to the original add little to legitimize the film's existence. Overall this is a film that even open-minded family audiences should skip, but Disney at least has the presence of mind to provide both a SD-DVD and a digital copy of the film along with the Blu-ray, making it a solid choice for folks still debating what definition to watch movies in. 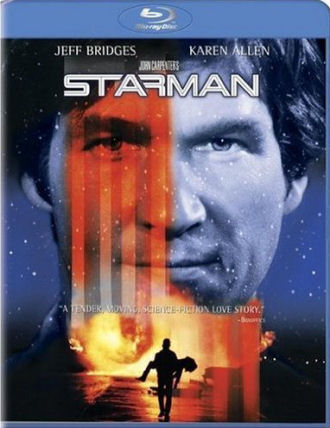 Starman. Aug. 11 (Sony Pictures Home Entertainment, $28.95) Another John Carpenter classic comes to Blu-ray, reintroducing this close encounter to contemporary audiences. The film looks fairly amazing—in particular the effects shots, which hold up easily to today's technical standards—but the disc's only extras are trailers for other Sony releases. While the dearth of bonus material certainly undermines its value, the appeal of seeing the film in a terrific, high-definition transfer is near-irresistible to its fans, making this a necessary addition for longtime starmen and -women, while the rest should probably just rent it or wait for the inevitable special edition. 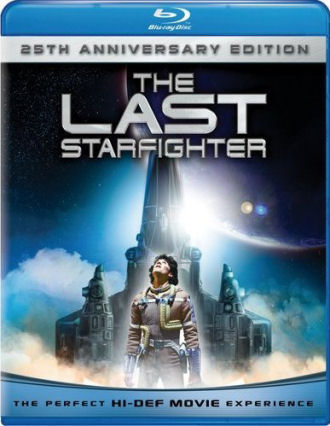 The Last Starfighter. Aug. 18 (Universal Studios Home Entertainment, $29.98) Nick Castle's groundbreaking video game come to life comes to Blu-ray with new special features. The transfer makes the first-generation CGI effects look clearer than ever—and, consequently, faker than ever—but a new retrospective featurette, along with a bounty of pre-existing extras, adds historical perspective. The fun '80s film holds up surprisingly well, especially in high definition, and this set is the standard presentation in which it should be shown, making this disc not just a trip down memory lane for its longtime devotees, but also a fun adventure for sci-fi fans of all ages.